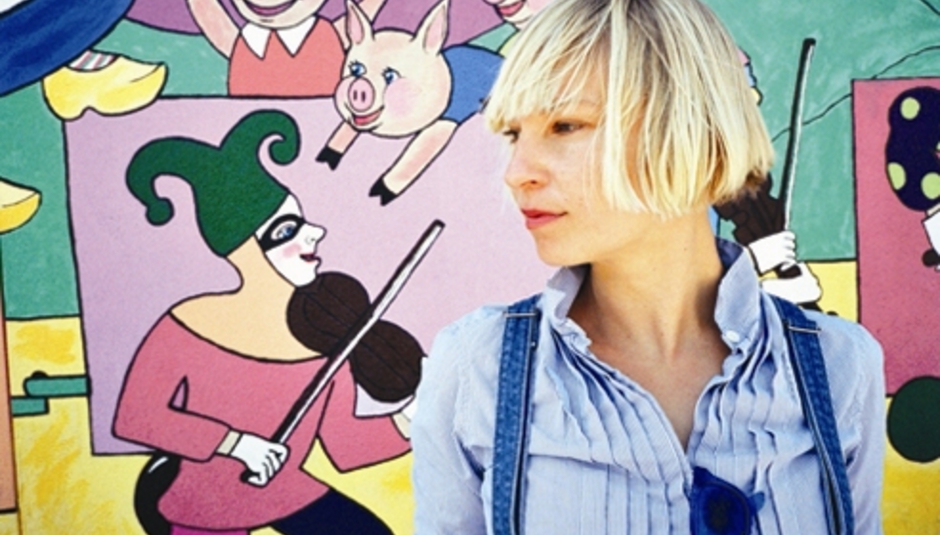 “Show us your tits”, someone about four rows back from the stage shouted. The singer’s eyes lit up and an impish grin spread quickly across her face before she grabbed the breasts in question, jiggled them, and replied, “See? Just like your mum’s”.

In another life, Sia Furler might have been a stand-up comedian, of the old school, most likely. Far too straight up for alternative or character comedy, she would be the rapid-fire-jokes and glint-in-the-eye type, with a bit of blue thrown in for the dads. You can see it in the way she disarms anyone man enough to heckle her. “I want to have babies with you” another voice offers from the thick anonymity of the capacity crowd in the Roundhouse. “As long as you don’t mind not being involved in the process then it’s fine by me”, Sia volleys back, again flashing the grin of a child who has been naughty yet feels rather proud of their efforts.

Most comedians don’t invite the smart-arsery from the audience though, and three songs in, Sia thoroughly demolishes any third wall by admitting taking on hecklers is her favourite part of the evening. The banter feels like a seamless link between songs; a Sia gig is one of those events where the separation between crowd and performer is wafer thin. Like The Flaming Lips but with a Championship rather than Premier League budget. So instead of a group of dancers dressed up to symbolise the war between Christians and Scientologists and a singer zorbing on top of the crowd, Sia tells us about being bribed with Tim-Tams and sports a rather funky pair of bubble wings. This is all to say, it is an event that lives and breathes and moves with its own rhythm, rather than just an interpretation of songs outside of the studio.

Sia played a few tracks from new album We Are Born, of which the single ‘Clap Your Hands’ got the best reception, but the greater part of the set was devoted to older crowd-pleasers like ‘Buttons’, ‘The Girl You Lost To Cocaine’ and ‘Soon We’ll Be Found’. It was a set where no song stood out in the memory, but in an unusually positive sense. Sia’s live band is a tight machine, and she herself would sound great singing your gas bill. They ripped through her catalogue old and new with enough technique to be note perfect and enough verve to remind you that this is, infact, happening to you, live, right now. There was no, "OMG I think I’m going to fucking burst" moment, no Intense Humming Of Evil, just great pop tune after great pop tune nailed down, with some faintly risqué verbals between. This is not a complaint; Sia delivered on everyone’s expectations and then some. The smiles littering the Roundhouse come 10.45pm were testament to that. I overheard someone behind me say: “I just wanted to get far enough forward to see her smile, now I’m happy”. If you take one sentence from this, take that one.