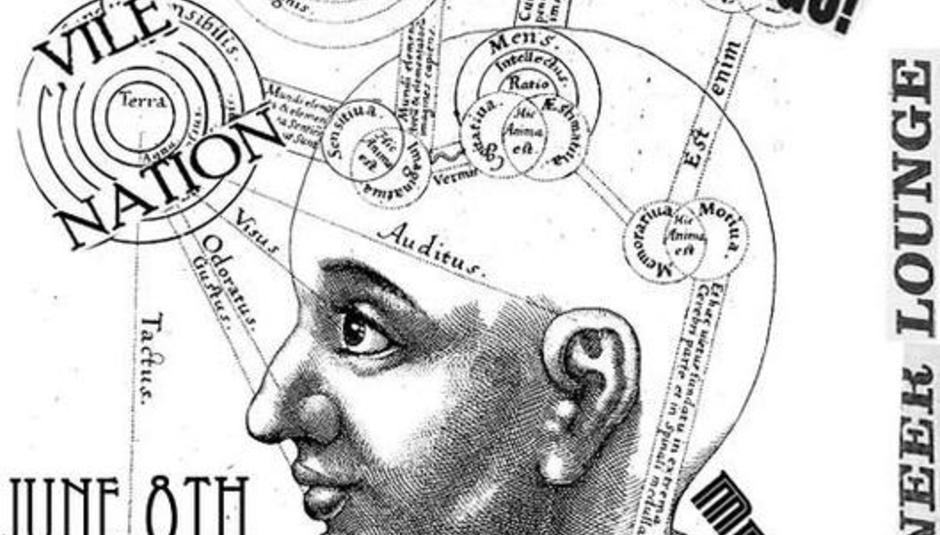 Within the musical minefield that is DIY Hardcore and its many, many offshoots, there are quite a number of stupid genre names. Crust? That’s a thing. D-beat? That’s a thing. Screamo? Yep, that’s a thing. Power violence? As stupid as it sounds, this is also a thing, though it did start as a joke. The latest trend to watch out for is ‘mysterious guy hardcore’. It is without a doubt the stupidest genre name I can think of, apart from maybe neo-crust. Thankfully ‘mysterious guy hardcore’ only exists within a handful of blogs and message boards. Whether the phrase will catch on is unclear at this point, but I imagine my writing this may affect its lifespan. Or not. Things to look out for when trying to identify a ‘mysterious guy hardcore’ band include, but are not limited to, numerous cassette releases, black and white artwork, use of ‘mysterious’ looking graphics such as runes and hieroglyphics on the cover, lo-fi recordings, a lack of information regarding band members, offensive artwork, limited edition releases going for big money on eBay. It also helps if they sound like Void. Below is a selection of some of the bands that fall into this questionable genre. Look out for overuse of the words “brutal” “raging” and “crushing”. It seems these are the only words I can use when discussing hardcore. Enough chat - on with the mystery.

Total Abuse pretty much tick every one of those boxes. Previous efforts have seen Total Abuse mix their somewhat twisted worldview with a weirdo approach to hardcore. Pounding drums, blasts of feedback, tortured vocals. Layers of fuzz. Low quality photocopied artwork. Causing drama on the internet. Total Abuse pretty much started all this mysterious hardcore shtick. Luckily, they have the chops to back it up. Mutt is the name of their new album, and it promises to “cement a marriage between their obsession with early UK power electronics, and early eighties american hardcore”. So that’s exciting. It’s out now on Post Present Medium records. Total Abuse are touring the UK in June. Check your local mysterious DIY venue listings for details.

Next we have the very mysterious Raw Nerve with their self-titled album on Youth Attack. Clocking in at just fifteen minutes, Raw Nerve average about a song a minute. Their lp is a blisteringly fast flurry of squealing guitars and raging vocals. Running at a whopping one minute twenty-eight seconds ‘Hemlock’ is the stand out track. Classic driving punk rock drums meets totally pissed off vocals. Raging!

Keeping in the vein of raging sounding hardcore, Nazi Dust occupy the less experimental end of the ‘mysterious guy hardcore’ spectrum, seemingly owing as much to classic straight edge bands as to those weirdo 80s bands that the rest of ‘mysterious guy hardcore’ is indebted to. They released a self-titled 7”, again on Youth Attack, at the beginning of the year. Mosh parts, beatdowns, gang vocals, it’s all there. Total youth crew stuff, whilst remaining dead lo-fi and very mysterious. It’s all about the mystery. Another interesting Youth Attack release was a SQRM t-shirt, made from one of those black rubbish bags, with the band name spelled out in gaffer tape. Totally mysterious, and total eBay fodder.

Pigeon Religion stands at the other end of the scale. Their 'Crystallized Meth' 7” which was released by Video Disease in April, is a much more loose, much more unfocused affair. Sounding like the mysterious bastard child of The Birthday Party and Flipper, Pigeon Religion don’t so much as play songs as fall apart around them. Everything is slowed down and flopping about. At times, particularly the end of ‘Crystallized Meth’, it doesn’t really sound like all the members are playing the same song. The drums come in and out of time, the vocals wail and shriek, the guitars feedback everywhere. Very mysterious.

On the basis of their debut full length, Cruising, it seems that Slices may have missed the lesson on how to be ‘mysterious guy hardcore’. The album cover is in full colour and lacks any sort of offensive or questionable artwork. You can see their faces. The recording is down right hi-fi comparatively. One song (‘Nightmare Man’) is built around a melodic pop punk sounding riff. It’s almost as if they don’t care. What Slices may lack in the way of novelty, they make up for it in their sheer bloody mindedness. Cruising is a truly brutal sounding record. It’s heavy and crushing yet still somewhat melodic. It’s very angry sounding, in the way that all good hardcore should be. The vocals are angry and violent; the riffs are brutal and relentless. The whole thing is punch to the gut. Frankly, it’s a killer record and one that is worthy of your mysterious attention.

Moving from a stupidly named genre to an equally poorly named band, we find ourselves face to face with Empire! Empire! (I Was A Lonely Estate). Now, I think we can all agree this is a pretty bad name. Henceforth they shall just be referred to by the much simpler and far better moniker of Empire! Empire! That okay? Empire! Empire! have just released an album called What It Takes To Move Forward (unlike hardcore bands, emo bands are capable of string together a some sort of vague non sequitur when choosing titles) and it’s a total peach of a record. Long passages of twinkling guitars are paired with strained falsetto vocals that sing things like “and I wish I could tear your heart out’ and “when you put your hands on mine, I knew”. Remember when Deep Elm used to sign good bands? It’s that kind of vibe. The whole record veers very close to being too overly cheesy, but it somehow manages to always pull back from the edge and avoid any sort of horribly MOR rock that it could morph into. If, one October night, you made a rash decision, and chose to make a long over night drive by yourself through the Rockies to follow your heart and ignore your head, then this would make the perfect soundtrack. Of course, it’s summer and chances are you live in the UK, so just substitute Snake Pass into the analogy. I think it still works. If not, try this on for size: If ‘mysterious guy hardcore’ represents a winter of discontent, then What It Takes To Move Forward is an autumn of heartbreak. You can buy it now from strictly no capital letters. Whilst you’re there, why not treat yourself to the Empire! Empire!/Football Etc. split 7” Female fronted indie rock on one side, twinkly emo on the other. Treat yourself.

Next month’s column should hopefully concentrate on UK bands to make up for this all American one. In the mean time, I’ll possibly see you in the pit, but more then likely I’ll see you stood at the back looking bored and disinterested.