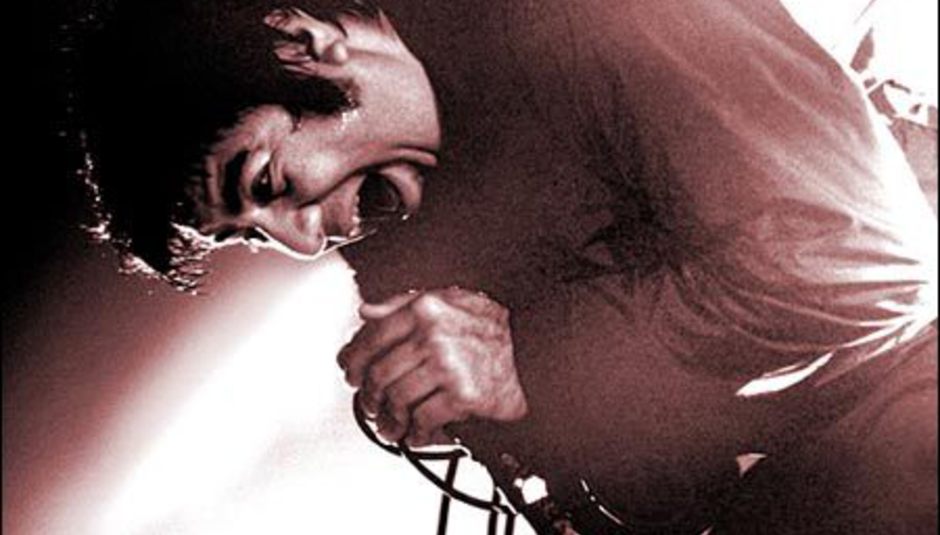 Twenty-four hours ago I couldn’t have told you the last time I was caught in a mosh, as I couldn’t remember. Million Dead’s see-ya-later show at the Underworld, maybe. Today, I can: last night, ULU, Deftones. Me, friends never before met and never to be seen again (embracing, high-fiving, tryingdesperatelynottofallovering), and a band that’s refused to let tragedy upset their apple cart. A sheen of sweat; an intense, burning heat; a big, dumb grin. Two hours (near enough) of tremendous tumult.

Deftones are here to promote their new album, Diamond Eyes. It’s a record that’s designed for the live arena, its twin leads – the title-track and free download offering ‘Rocket Skates’ – bursting first from the blocks and triggering the kind of audience eruption usually witnessed in significantly larger venues. This band is, of course, accustomed to such rooms, where punters collect in their several thousands; but here they exhibit no reservation, pulling no punches despite the smaller stage. They adapt, again. Under the balcony the sound isn’t ideal, so I rush onwards, fully hooded and coat zipped tight. It keeps the stink in.

It’s a similar funk to that first smelled when the band’s second (breakthrough proper) album, Around The Fur, was fresh in stores and I was wearing the same clothes I do today, except my mum probably paid for them. It was always a different odour to that left by at-the-time peers, nu-metal protagonists of varying degrees of success. It was the smell of progress, no fakery necessary. Easily outlasting their late-1990s competitors/collaborators in critical appeal and commercial clout, Deftones have transformed over the past decade into influencers – where once they rapped to ape their idols, now they carve niches narrow enough to occupy alone, with no other act quite as adept at articulating this mix of ethereality and explosiveness.

What they play, in what order, are relatively moot observations – that they play at all is what really matters, given the events of November 4, 2008. Drinks are raised to Chi Cheng, Deftones’ fallen bassist, still in a minimally conscious state after a serious car accident. A less determined band, one feeling that they’d proved everything they’d needed to, would likely have called it quits there. But Deftones albums prove that their creative juices are rarely still, and while Diamond Eyes is not the artistic departure White Pony was, it’s a powerful statement of consolidation. The aforementioned pair are perfectly at home here, likewise the combustive ‘CMD/CTRL’ and the slower, though no less intense, ‘Beauty School’. Chino Moreno is in fine voice, enunciating clearly through the most caustic cuts from the group’s current collection as well as catalogue highs ‘Elite’ and ‘When Girls Telephone Boys’. The band is superbly tight, stand-in bassist Sergio Vega performing as if he’s as much a part of the fabric as Frank Delgado’s surely-he’s-too-old-for-that backwards cap.

The adrenaline’s in short supply by the time material from 1995’s debut album is dispatched to close proceedings. But nevertheless the crowd plays its part, and ‘7 Words’ and ‘Root’ – neither has weathered the test of time well – are brilliantly received. Then, they’re gone, house lights up, wrecked bodies exposed, clutter kicked and drinks downed. I spin away into the night bruised, uncomfortable in the second skin of coagulating perspiration that’s grown over me, delirious with fizzy booze and mainlining euphoria. Smiling exactly like I did at a muddy Glastonbury over a decade ago.

In Photos: Flight of the Conchords @ ...