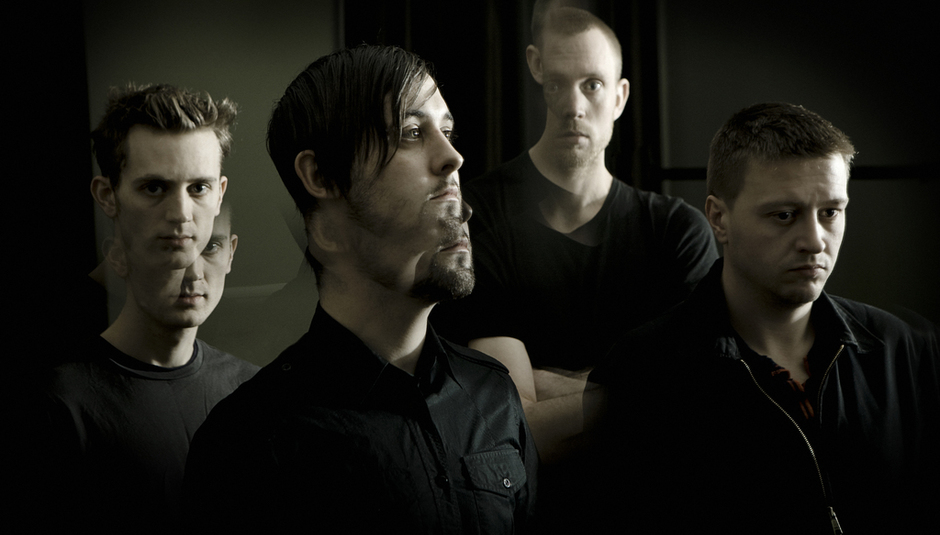 Kicking off our special 65daysofstatic week to celebrate the release of their new album We Were Exploding Anyway (Reviewed here) is this special mixtape from the band.

This mix is the 65daysofstatic 'Changeover 2010' mixtape. We make 'em to play loudly in the 20-30 minutes between the band before us leaving the stage and us walking on to it.

It all start around about 2002, with 'AM to PM' by Christina Milian. Cos I heard it playing in a taxi and noticed that she sand 'sixty five days' and thought it'd be a good idea to play it at the Sheffield Fuzz Club show that was imminent right, and for it to become like a stuck record at the 'sixty five days' moment which could become our intro.

It worked really well and slowly the idea of making the changeover music a little more show-centric and our continuing love of pop music evolved into these mixes.

This one starts with Rude Boy, kind of mashed up into Telephone, because they're both killer songs. I reckon Rude Boy will be the best pop song I hear all year. There's this one moment in particular (1 minute 41 seconds in) when Rihanna's voice breaks on the word 'longer'… It's as good as that moment in 'What you Waiting For?' By Gwen Stefani when she sings 'Super-hot-female' and there's about a million harmonies going on.

I don't know if it's worth pointing out or not, but none of this is done in a tongue-in-cheek kind of way. There's a sincere love for the three minute pop song in 65daysofstatic. It's like the holy grail for us. We're always chasing it, but it's always a little out of reach. I guess it's because none of us look like Rihanna. Glitching, chopping and blending is just another way to feel a little closer to that world none of us get to inhabit.

Oh, and 'A New Error' by Moderat is in more than one of these mixes, but it's amazing, so we're figuring that nobody's gonna have a problem with this… right?