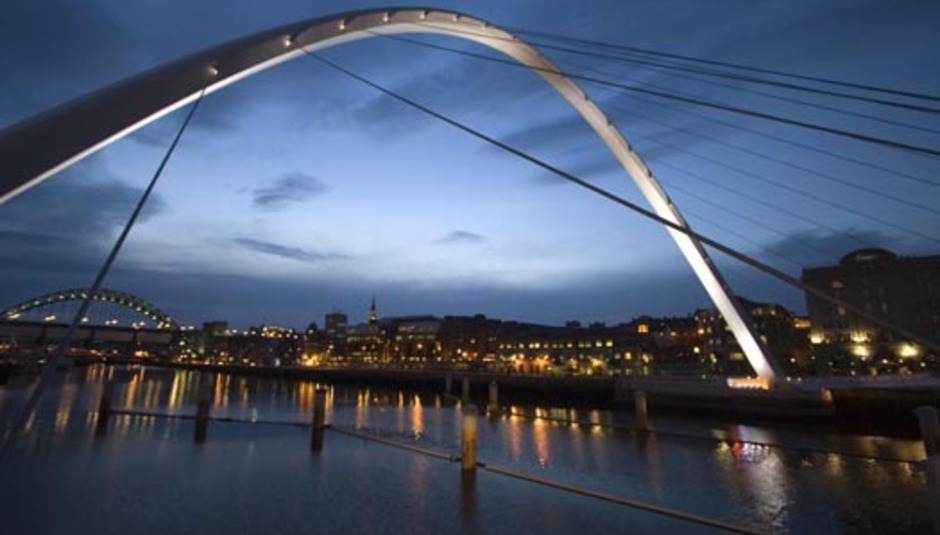 The second installment from our scribe in Newcastle in our continuing series of local scene reports...

Last time out I stirred up plenty of controversy with this column. Every man and his whippet, it seems, has an opinion on who is and who isn’t worth watching on Tyneside at the moment. But a bit of debate never hurt anyone, did it? Just ask Nick Clegg. Picking up where I left off, here’s a run-down of the events, gigs, promoters and artists set to stir up some sizeable waves across the city this spring.

A month or so ago I was sat in the office of North East music development agency Generator discussing the line-up for this year’s Evolution Emerging over crisps and pop (how very rock ‘n’ roll) with Narc Editor Claire Dupree, My Beat Is Correct’s Tom Cotton and several other Tyneside movers and shakers (not that I’m calling myself a mover and shaker you understand, but you get the drift). Faced with the daunting task of narrowing down 200-odd entries to less than 30, some heated debate ensued but, I’m sure you’ll agree, it was worth it.

Taking place across six venues in Ouseburn on May 29th (the Saturday before the main Evolution Weekender festival) Evolution Emerging promises to be a riotous celebration of the region’s burgeoning independent scene. Picking any must-sees is all but impossible (I voted for most of them, in my book they’re all must-sees), so I’ll just reel off the list:

At the Cluny there’s Young Rebel Set, Laconia, Mammal Club and Let's Buy Happiness followed by a top-secret guest headliner; at The Cluny 2 Nadine Shah tops a bill that includes Soundtracks For A B-Movie, Sharks Took The Rest and Chased By Wolves; at The Star & Shadow Cinema there's former Small Screen Light Show frontman Mattie Vant plus Okan & Silvar, Trafik and The Union Choir; outdoors at The Tyne there's Viva City, We Are Knuckle Dragger, Mansfield Holiday and Illustrators; up the hill at The Cumberland Arms there's Hellfire Club, O' Messy Life, Brilliant Mind and Dirty Weekend; finally onstage at The Tanners will be Winter North Atlantic, The Winter Hill Transmission, Grandfather Birds and Baskin's Wish. And no, I don’t know who the secret headliners are either, before you ask.

While Evolution grabs the headlines, there are still plenty of other top-notch events bubbling under the radar in the coming weeks. On May 7th the inimitable Dev Hynes returns to The Cluny for another Lightspeed Champion show. On May 15th Newcastle's finest indie-poppers Little Comets make the long-awaited trip back home for a gig at the O2 Academy on Westgate Road. On May 19th beardy Sacramento-based psych-rockers Ganglians land at The Head Of Steam on a wave of blogosphere hype thanks to their rather brilliant acid-drenched LP Monster Head Room.

Newcastle is awash with great promoters putting on mind-blowing live events at the moment. Here are some of the best:

PRMNT VIBES: Responsible for bringing Ganglians to Tyneside, PRMNT VIBES also recently joined forces with Get Involved to throw a mammoth warehouse party with Gold Panda and Dam Mantle. In recent months they've put on gigs by Sic Alps, US Girls, So So Modern, Air Waves and Gary War. At the sharp edge of global independent music, their events are not to be missed. On April 30th they present Talk Normal, Chippewa Falls, Foot Hair at The Star & Shadow Cinema followed by The Blessings on May 15th then Ganglians, Billy Bloodaxe, Foothair at The Head Of Steam on May 19th.

Get Involved: Get Involved have thrown up some of Newcastle's most exciting gigs in recent months with shows from Wild Beasts, Erland & The Carnival, BLK JKS, Dananananaykroyd and Fuck Buttons. Coming up are Crystal Antlers and Teeth at The Cluny 2 on May 1st followed by Think About Life and Kid Coda Sounds at The Head Of Steam on May 10th. These boys have their fingers firmly on the indie pulse.

Portions For Foxes: They've brought Vivian Girls, Wavves, Daniel Johnston and The Wave Pictures to Newcastle already so you know you're in for a treat at a Portions For Foxes gig. Next up are punk legends The Slits at The Star & Shadow Cinema on May 8th.

Another month, another five MySpace links for local bands that have caught my ear in recent weeks:

1862: Naming your band after NUFC terrace anthem The Blaydon Races is bound to win you plenty of friends round these parts, especially now that Chris Hughton’s men have secured promotion back to the top-flight.

Air To Achilles: Delivering a scattergun blast of Passion-Pit-meets-Thin-White-Duke-era-Bowie indie-dance, these Newcastle boys sure know how to write a killer tune.

Grandfather Birds: Grandfather Birds' Grizzly Bear-infused indie-prog is nothing short of breathtaking. Recent track 'Grandfather's Bones' blew me away when it landed in my inbox a few weeks back.

Mammal Club: I got some stick for failing to mention Mammal Club in my last column. Consider the situation rectified. They’re amazing by the way.

Nadine Shah: She's only been playing live since October 2009 but Nadine Shah sounds like she's been at this for years. Pitching up somewhere between Tori Amos and Polly Harvey, her dark piano-fuelled alt-pop is utterly enthralling.

Want to know what else is going on round these parts? Point your browser at http://toonwaves.co.uk for all the latest news, gigs, MP3s and the like. Or follow @toonwaves on Twitter. Whatever floats your boat.