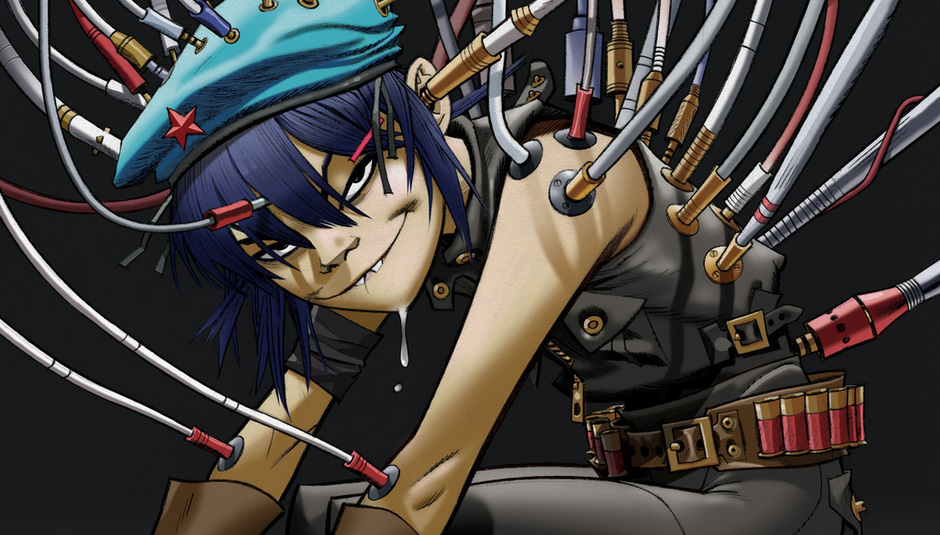 A Spotify playlist of all the best singles? As in, them things that were hactually released - proper singles - not just common-or-garden 'songs'?

So. You have had your first quarter of oh-ten, everyone. What have you done? I appear to have spent rather a lot of time writing about my favourite format, which should mean I am well-placed to recommend a single or two. So let this be a re-cap - a GCSE Bitesize-style crammer - of all the larks you might have missed. Do bear in mind I am going to be an insufferable twit, because I really am going to quote myself.

First though, a First Quarter of 2010 Singles Playlist! You can find it on Spotify HERE, and it is really quite 'alright'.

No more ado, then. Here, in no particular order, are my Top 20ish Bests:

These New Puritans - ‘We Want War’

"If someone had bothered to tell me These New Puritans were going to do an emo re-work of 'Get Ur Freak On' I would have put it on my pod as soon as it arrived. Perhaps someone should ring them and ask them to do more 7½ minute epics. And maybe mention while they're there, that if you listen to this in Tescos, it is really, really exciting. There I was in the deli aisle, and all-a-sudden, that black-coated kiddiewink (who should have been the last word in cuteness) had a look of the Damiens about him. Popera of the very best kind; and quite MAGNIFICENT in its bigness."

The Strange Boys - ‘Be Brave’

“Austin Texas' Strange Boys quote Steinbeck and Montaigne on their MySpace - and though this doesn’t automatically make them interesting, it also does not stop them from making squally rock that owes a debt to a hundred garage bands – not that I care, and nor should you. A lovely, lovely noisy racket of a single.”

“'This Too Shall Pass' is about not to letting the black dogs get a hold, even as they bite down hard on one's ankle and start to have a good old chomp. This is a band who know how to have larks but also crucially, how to communicate them. AND a wondair videothing.”

“‘Ambling Alp’ begins with watery doom and has tonky noises that sound like glockenspiels but odder; it is a Werthers Originals, Song To Your Offspring ANFEM about sticking up for yourself, and, and - AND - a proper, all-out, un-embarrassable pop song. One: NOBODY TOLD ME THEY MADE POP RECORDS. Two: I ACTUALLY CLAPPED THE STEREO.”

“Musee Mecanique came on my stereo as I stood outside the Gare du Nord, and I was admiring the elegance of the typeface that spelt out its name in stark, sharp white. But even when I sat on a cold slab in the UK drizzle, it still sounded wonderful - all swirling accordions, tip-toeing xylophones, muffled handclaps and warm, Fronch atmospherics. Lush.”

“I don’t know what to say / She reminds me of the future’ is an early contender for the best lyric one could re-appropriate in the field of romance, where I feel sure it would pay some heady dividends as a chat-up line.” My play-count stats for this are a bit vulgar, too.

“It may start with what sounds like the demo track from a mini Casio – all tin jar beats and hopelessly bloodless drums – but soon after ‘Calypso Gold’ goes all baroque-stringed twinkliness, quivering orchestration and some percussion that sounds like crickets. Let you not be in doubt, this is one of the year’s first, best and most fully-realised pop hymns.”

“Obviously, Beth Ditto has chops and can sing for all the squirrels of her beloved, hometown state. But when she opens that magnificent gob of hers, I also feel I can hear a pure sort of kindness in it. ‘Cruel Intentions’ is a nicely positive three-minuter about being ‘down for whatever’ – whether you interpret ‘whatever’ as unmentionable sex acts, or Crown Green Bowling (Kilmarnock rules).”

“‘So It Goes’ begins with beaming, syncopated handclaps that remind me of Lake’s glorious ‘Blue Ocean Blue’. And after, it twangs off into something rather perky, with a woodwind and flute section Stuart Murdoch would be pretty satisfied by. Or at least, wouldn’t take back to the shops for a refund. Ace videothing, too.”

“So, The Ruby Suns' latest is a bit ‘Beach Boys’ and a bit blippy. And a bit palms-to-the-sky, as if they were singing in tongues at some sort of achingly now evangelical hangout [such places do not exist, otherwise me and Dog might still be on speakers]. Now, it is going to remind you of something. But I decided I did not care, which is why I made it Single of the Week, and am now telling you it is marve.”

“‘You’re only fifteen, what was I thinking?’ wail Standard Fare - and it really is paedo pop of the sort all right-thinking people should condemn. But it’s also the catchiest little fucker since fish swam down the river Trent with big Eat Me signs on their arses, all mouths agape; helping the hooks in with slippery fins. It is perky, it jangles, and it has a clarity of tone that would shame the Society for the Protection of Nice Grammar & Speaking Proper.”

“She has taken a phrase associated with women who get paid to forget to put their tops on, and has switched it up so that it actually means something. And yet ‘Real Live Flesh’ is not a dry feminist treatise, it is an explosion of playfulness with a drum beat of quite forbidding, frisky portent, with the headiest of minor keys applied to the vocals.”

Bullion - ‘Say Goodbye To What’

“On ‘Say Goodbye To What’ he takes an inordinately wibbly, Psych ladyvocal, couples it with a kiddie choir, slams down some lovely bass-y organ stabs and all-a-sudden, here is my pop-hop toyshop and I run in and spend all my vouchers and tug on Mummy's sleeve and want everything, right now, eyes popping. Completely brilliant.”

“Sometimes when a song has too many ‘bits’, it is rather like the board game Mouse Trap – there are so many interdependent notches, one is sure to fail. But Cloud Control have a done a great, big many-bitted single and it is still a balmy, tender delight. From the sea-shanty, impossibly warm man-vocals that start it; to the psych-out at 01:30 in; to the yelps one cannot help singing along with, everything in this single works.”

“It has an actual slamming bassline that sounds like someone beating a pub table with a rubber fist [DAMN YOU CARTWRIGHT, I ORDERED GINGER WINE, YOU BLESSED FOOL] and some strings that quiver like orchestral fern fronds in a light wind. The press spaff calls 'Marlene' things like ‘epic’ and ‘grand’ and ‘expansive’ - but I prefer to call what they are doing here ‘funky histrionics’; it has a nice ring to it.”

“Afrobeat-infused cut-ups that make you dance on actual train station platforms (in actual public), hardly ever come along. But everything dEbruit is doing – teasing with funk flourishes, tickling with his talk box, stretching and syncopating vocals, and the care he is taking - all of them make me feel joyous. I think This Is What Music Should Be Doing, and no one is as accomplished as him at it. Remarkable.”

“Sounds Familyre’s latest bit of wonderful is a Ben + Vesper EP called ‘LuvInIdleness’, and though it is a terror to type it is heaven to listen to, with call-and-response vocals you find yourself singing along with before you quite meant to, as if they had you under some sort of choral spell.”

“Emika might be the first chart-friendly, poptronic emissary in dubstep’s image, and ‘Drop The Other’ is that most perfect of things - a pashtrack. One that exhorts the men to ‘hold their money up high’ and employs careful, deliberate, sauce-making pronunciation on all the words that matter (c.f. ‘hard’, with the emphasis on the 'd') - all of which creates a woozy, head-spinning single. You know, the sort of record you want to do bad things to. It is loin-provokingly rude.”

“‘Wor’ begins with rumbling bass picks that recall Dick Dale’s ‘Miserlou’. This being a pretty ominous setting out of their musical stall, Django Django heap doom upon threat by adding sirens, helicopters, a barreling bassline and handclaps. This is before they start stabbing a piano with dischordant fancy and singing like the Betas once did. This makes TWO properly amazing singles. Imagine!”

"When indie can be bothered, it makes immense pop songs. This happens not nearly often enough for me; I like my singles hooky as anglers' kitboxes. But ‘Underage’- with its darned hymnal choruses, rinky dink tunesmithery, button-pushing key changes and munificent melody really is a triumph, it is exactly the sort of thing I am a massive sucker for."

"‘Zebra’ is blessed with minor key sweeps and changes of the sort that really do have you wrinkling your brow, and pulling the kind of bemused face tiny bairns sometimes do when you're not sure if they're going to bawl or giggle...It really is one of those records that compels idiots like me to use words like ‘shimmery’ and ‘quivering' - possibly even (lawks!) 'tremulous' - and I really do hesitate to use them. But it is all those things and remains delightful."

And here are my nearly-Bests, but still Favourites:

And now you must go out and BUY THEM ALL.