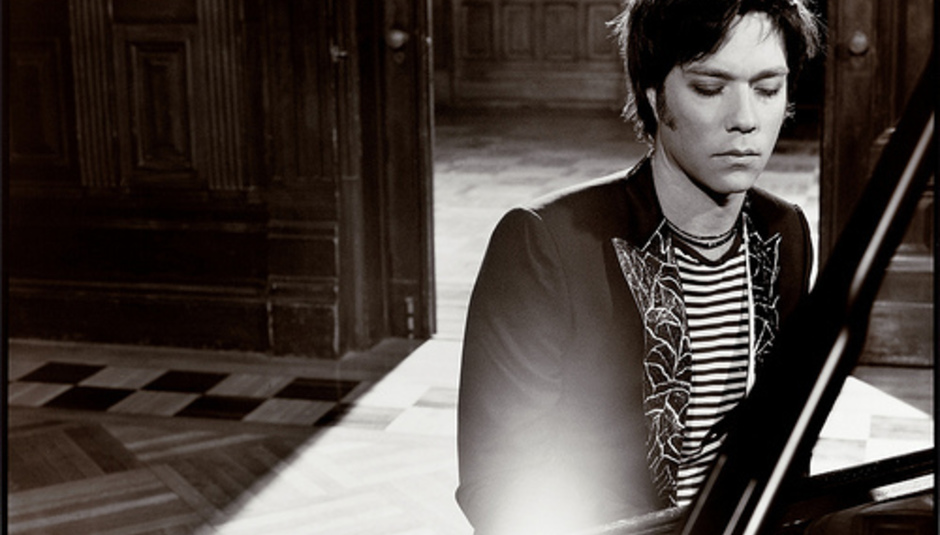 To celebrate the release of Rufus Wainwright's new album, All Days Are Night: Songs For Lulu, we got some DiS writers to guide you through a selection of their favourites from Rufus' back catalogue. Perhaps it’s befitting of Rufus Wainwright to label his eponymous debut LP as Act One in the remarkable oeuvre that comprises his work to date. Certainly if anyone deserves such operatic nomenclature it's Wainwright, whose enormous musical talent is only matched by the swirling personal melodrama that surrounded his early life.

The uncloseted teenage homosexuality, the tempestuous relationship with lauded father, the struggles with addiction, the insatiable romanticism, the solace in opera, the sexual assault aged only fourteen. This Shakespearean back-story contributes to a 1998 debut that would equally be at home in 1948 or 2080. It’s a record of timeless beauty, from the Verdi-borrowing libretto of 'Barcelona' to the dense, ascending strings of 'Millbrook'. There's no sign of the florid extravagance some have criticised Wainwright for here. Instead, songs like 'In My Arms' have the alluring down-tempo slink of classic Nina Simone, whilst 'Matinee Idol' and 'Beauty Mark' inject Vaudevillian sass into proceedings. As an understated intro to this musical auteur, you couldn't hope for much more. What is it that makes Poses so brilliant? Straight off the bat I honestly couldn’t tell you, though I might have a few ideas. Something about its easy melodic touch, its swan dives into Eastern string arrangements or bluesy funk workouts, the eye-widening levels of intimacy on display, or maybe just the outright awesomeness of lyrics about being drunk and wearing flip-flops on Fifth Avenue. A sad, melancholy kind of awesomeness, granted, but awesomeness all the same.

I don’t know. The last few weeks I’ve had the opportunity to pen words for various places on artists like Elliott Smith, bands like Bright Eyes and Shearwater; people whose music I’ve adored for years. When the chance to write something about Rufus Wainwright came up, then, it was all of about two nano-seconds before I mooted something on Poses. Upon returning to the album, it was with a jolt most agreeable that I remembered – almost relived – something of the deep impression it made on my younger self, back when the last decade was only just getting underway. I thought to myself: What is it that makes Poses so brilliant?

Weeks later, hours of procrastination duly logged, I still can’t really tell you, though I have got as far as realising it was the wrong question to be asking all along.

Some snapshots, then: The softly struck keys that open the whole thing, and their joyful reprise that begins to wrap it up (the whole of ‘Cigarettes and Chocolate Milk’, both times, why not); when ‘The Consort’ finally swells majestic to the line “Together, we’ll wreak havoc / You and me”; everything I mentioned to begin with; the verse in French on ‘Rebel Prince’; the end of his take on ‘One Man Guy’, when you realise it transcends mischievousness and winds up something truly extraordinary (particularly taking into account who wrote the song and who else sings on it).

And I should really stop there. Point is, Poses is so ridiculously full of wonderful little moments like these that the question becomes not so much one of brilliance, but of regal, inexpressible specialness. Even attempting to articulate such a thing as this with any degree of coherency is far beyond me.

Want One by Paul Brown Spend about ten minutes in the company of Want One, and it will become abundantly clear that this this was the point at which Rufus Wainwright decided to ratchet up the ambition, where for the first time his monumental vocals found themselves consistently paired with arrangements which were sumptuously similar in scale. It was the record he had always been threatening / promising to make, depending on your point of view. The likes of opening track 'Oh, What a World', 'Go or Go Ahead' and '14th Street' in particular were logical extensions of what had gone before, soaring pop songs which precariously piled layer upon layer of instrumentation, while Wainwright's voice and wordplay rose ever more powerfully to the challenge.

However, the impact of Want One would surely have been considerably less without the contrast provided by the sparser, gentler pieces like 'Harvester of Hearts' and 'Natasha'. Perhaps inevitably, these were shouted down by the more ostentatious songs, but as well as offering a touch of breathing space, they also provided the record with some of its most beautiful moments. 'Dinner at Eight' was the most obvious example of this, laying bare as it did Rufus' oft-discussed Daddy issues in the starkest of fashions: "In fact you were the one / long ago, actually in the drifting white snow / who left me / So put up your fists and I'll put up mine / No running away from the scene of the crime". Part two of the saga, Want Two, turned out to be a more reflective album, which acted as both counterpart and complementary piece to Want One. As a whole it perhaps didn't hit quite the same heights as its predecessor, although it was a more diverse affair which more than stood up in its own right, probably justifying the decision to split the records rather than release them as a double as originally planned. It wandered further than usual from Wainwright's pop roots, particularly in the mournful 'Agnus Dei' and 'Little Sister' which was steeped in classical influence. This meant that the album was less immediate than most of his other work, but it was still a hugely rewarding listen.

The record's high point was probably 'The Art Teacher' a song built around a gently bubbling piano line, detailing the history of a married woman still pining for a schoolteacher from her childhood. It was sympathetic, affecting and generally gorgeous, and proved to be a fine example of how Wainwright's storytelling abilities should not be overshadowed by his penchant for grandiose musicality. There was more poignancy to be found in the Jeff Buckley tribute 'Memphis Skyline', but it was typically perverse of Rufus that this song was immediately followed by 'Gay Messiah', a mildly graphic and quite probably blasphemous exploration of the reincarnation of its titular deity. This is a contrast which quite neatly sums up the two records which would lay the groundwork for the ever more decadent flights of fancy which followed in Rufus Wainwright's career.

Release The Stars by Lauren Strain When it was first released, _Release The Stars seemed like the sound of Rufus Wainwright having become too comfortable with his own bombast. Gone were his ruinous ballads ('Dinner at Eight' or 'The Art Teacher') and unexpected epics ('Go Or Go Ahead', 'Beautiful Child'). Instead, with opener 'Do I Disappoint You?', he dove straight into the kind of symphonic oomph that would, during the era of Want One and Want Two, have required several minutes of build-up.

But, three years later, it makes a lot of sense. Granted, it's a bit safe, more radio-friendly than his old stuff– but it's still packed with the kind of breezily elegant melodies that most songwriters could never tackle without sounding disastrously melodramatic, and the whole thing is oil-thick with luscious strings, 1940s fanfares and the feistiest, fiercest set of backing singers available (I think Martha's in there somewhere; she usually is). Among the highlights is 'Going To A Town', a duet for piano and vocals. It's a break-up letter to Wainwright's sort-of home, America (he is Canadian-American), and it possesses all the sad poise and faded glamour of a once-aristocrat. And then there's the title track, a voluptuous finish to the album – partly a flirtation with cabaret, partly a Rat Pack fling and partly a jazz club lock-in but, most of all, the grandest finale imaginable to a Lloyd Webber musical that never was. You can just imagine Wainwright waiting for the final curtain in glittering top hat and tails – and it's at this point, several years after the fact, that you realise Release The Stars was the sound of Rufus finally and thoroughly in his element.

All Days Are Nights: Songs For Lulu is out now.