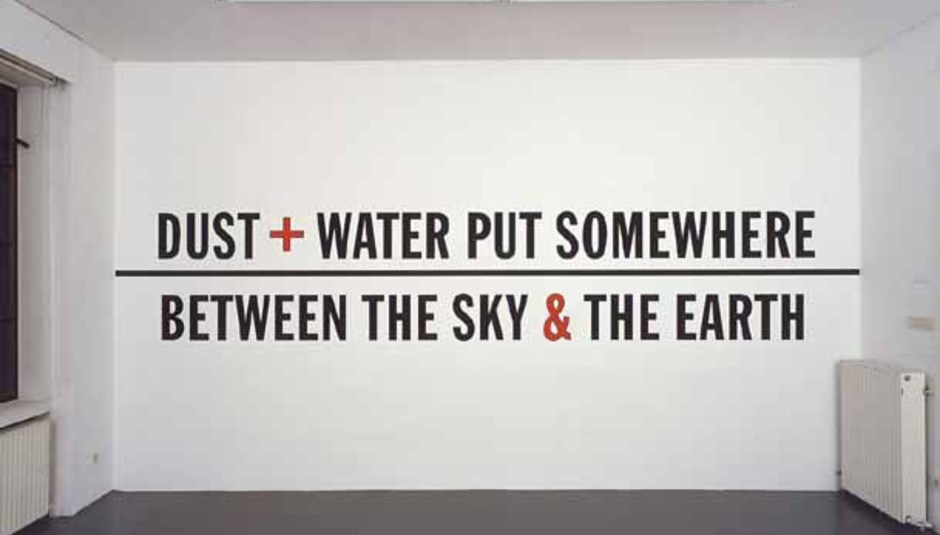 Angus talks about the influence of artist Lawrence Weiner...

One of the first artists to ever influence me was Lawrence Weiner. It basically all starts with his "Declaration of Intent", 1968:

The idea that 'the work need not be built' was so big for me. It seemed to immediately remove the pressure of technical ability. I realized that all good work comes down to how interesting the idea is - not necessarily how well it's constructed. This made it much easier for me to feel confident in expressing myself artistically and to explore mediums I was unsure of.

I also like how Weiner's work promotes a kind of dematerialisation of art. Instead of creating objects to be shown, valued and sold, Weiner offers the viewer tools to imagine their own realization of the piece. Words, sentences and metaphors are often put in public spaces prompting you to consider your own interpretation. Weiner is rightly seen as a founding figure of Post-Minimalism’s Conceptual arm, which also includes artists like Douglas Huebler, Robert Barry, Joseph Kosuth and Sol LeWitt. But he might better be described as a language-based sculptor.