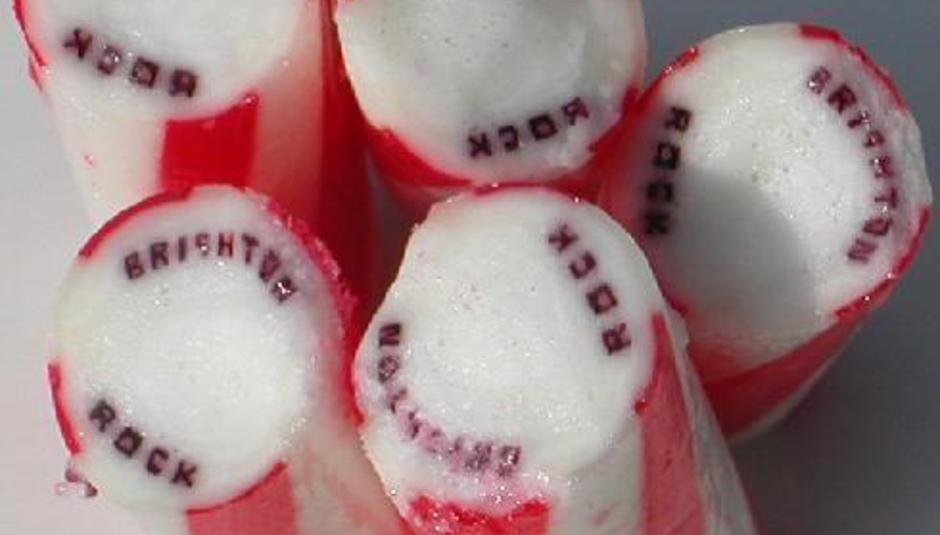 Our first local scene report, gig guide and preview from our DiSser in Brighton...

There’s a well-worn yarn that New Zealand has more sheep than humans. Well I propose that it’s perfectly plausible that Brighton has more musicians than non-musicians. Blame it on the romance of the seaside, the vast number of quality pubs, or the ultra-liberal hardcore that give this jumped-up town its reputation – Brighton bloody loves its music. The sheep analogy doesn’t end there – people literally flock to Brighton. Upon stepping off the train, an opiate-strength calm envelops the most nervous wrecks. As you stare out to sea, to paraphrase some wag, you can feel your ambitions gently ebbing away. The Go! Team’s Ian Parton summed up his adopted city pretty neatly when he said: “Every night there is every kind of band playing and every time I look out of the window there's some greasy haired kid going by with a guitar on his back." Beyond these ubiquitous axe slingers, there’s just about every scene imaginable, from the mainstream to the fetish-level niche. It’s this widespread uber-tolerance to every kind of person and music that makes this place so damn appealing – and so much more than some outsourced, seaside London borough.

It would be impossible to sketch a true picture of such a diverse musical city in this space, so treat this as the most cursory of introductions, with some blatant biases. Feel free, as I’m sure you will, to volunteer suggestions on bands, venues and club nights. The longest-running indie venue in town, The Freebutt is the first-stop for DiS-types and has delivered an impressive array of quality acts including Panda Bear, The Libertines, Bat for Lashes and the Yeah Yeah Yeahs. With a shrewd line in giving Brighton-folk what they want, the past month has already seen tUnE-yArDs, The Soft Pack, Shearwater and Japandoids hit up the 150-capacity venue, with Xiu Xiu, Memory Tapes, Vivian Girls and Wooden Shjips coming soon.

Bought and renovated seven months ago by four young, like-minded promoters, DJs and musicians, the venue has undergone serious restoration to its paintwork, finances and reputation. Andy Rossiter, manager and in-house promoter, explains:

“We knew that we could book great bands and promote the shows well, the daunting thing was taking over a failing business, improving its image and getting it how we wanted it. I think we underestimated how much work that would be!” Following a string of live triumphs, the partners are confident the good work must carry on: “It love it when bands have a great show, dig what we are doing and want to come back. That’s been happening a lot in the last few months and has convinced me that we are doing the right thing.”

On Brighton’s abnormal level of music, Andy says: “It’s an awesome city to live in and has a strong independent spirit that appeals to creative types. It creates a cycle, as the good bands that have flocked here in the past become the attraction for the next generation of bands.” With good relations with leading promoters Melting Vinyl, and One Inch Badge Records director Alex Murray one of their number, The Freebutt looks well primed to sustain to its burgeoning success.

The well-connected Henron is another enterprising Brightonian upstart, whose recently established 'Somewhere in the Universe There Must be Something Better than Man' residency at New Hero is proving a hit with the electro-indie crowd. With sets from Hot Chip, Friendly Fires and Hercules & Love Affair in recent months, and links to the cream of French electro Kitsune and Ed Banger, Henron has roped in Chew Lips, MSTRKRFT, Casiokids, Datarock and Busy P into the coolest, shiniest night in town. For Horsepower, the outgrown brother of Somewhere in the Universe, the ethos is the same, just bigger and brasher. With an American Apparel stall there’s no doubt we’re in hipster territory, but with this much disco fun-times it’s impossible to resist.

Though venues and clubs are constantly changing, with new generations of promoters refreshing the scene, there’s never a lack of choice. Still referred to as one of the new clubs on the scene, Digital formerly the Zap Club, has already established itself as the Brighton’s favourite capacity dance-spot and was voted 20th best club in the world by DJ Magazine 2009. With their gut-churning soundsystem, which has a laid claim to be the best in the UK, Fake Blood and Major Lazer served up the biggest party platters of last year, with anticipation high for Joy Orbison on 1 April. Another newish club venue with a fine mix of DJs and bands, Audio is certainly popular with the student crowd, though the sound does lack firepower and clarity at times. Still, with shows from The Field, Antipop Consortium and Girls, it’s a popular venue that can’t be avoided.

The Tall Ships’ breezy routine was a brilliant example of one youthful expression of Brighton, their Big Scary Monsters EP launch comfortably packing out The Freebutt, with a little help from friends of family. Their mathy, artschool tech is delivered with rousing assurance to a sea of bobble hats. Formed in Falmouth but with roots in B-ton, this talented band are back in the Freebutt 3 March, with Tubelord.

There’s plenty to distinguish Girls and Japandroids, not least the fact they reside on different sides of the North American border. But matters of style aside, there are some gloriously clashing moods of hedonism and regret at play with both bands, which surely most warm-blooded people can identify with. That both acts are in town on the same night is a useful demo of what’s on offer, and a headache in decision-making. Japandroids more than edge it though, their visceral ruckus obliging attendance.

Brian King’s unkempt fringe swirls around as much as the chorus on his guitar, the show more like a basement party. He could spit beer in your face and you’d forgive him, such is his unruly charm. It’s the thumping, messy interplay between the guitar/drum duo that resonates, each tearing riff apparently clear-cut, but often laced with nostalgia. With only three lines in Crazy/Forever, they’ve got to count. “We'll stick together forever/Stay sick together/Be crazy forever”, may sound ordinary onscreen, but when sang with this much passion you can’t help but fall for this twisted romance. If all them gee-tars are getting too much than you could have done a lot worse than see Max Tundra at Hector’s House. Short, shy and balding, Tundra’s the kind of unassuming fellow that blends into punterdom completely. Get him onstage though, and he transforms into a crazy-dancing Har Mar Superstar-type, his antics like Arrested Development’s Tobias doing Prince karaoke. Without the extraordinary sound he creates, his untamed moves might be a bit weird. Like Squarepusher stuck in happy-land, Tundra is BUSY BUSY. Brevity is not on the agenda and all available space is filled with synths and bleeps, like cement made of popping candy. Affectionately sending-up rom-com cheese-rock, warehouse rave and sleazy funk, this durable artist is dizzyingly entertaining.

When it comes to religious preaching most of us will bolt as soon as the whiff of sanctimonious guff is anywhere close. But of course, Christians aren’t all hectoring maladjusts. Enter the Unitarians, who might worship God, but also believe in rational things, like science and free will – the thinking person’s Christian if you like. All this makes the prospect of an evening at Brighton’s Unitarian Church, watching a sprawling folk collective nominally called the Willkommen Orchestra, seem less like a cause for anxiety, and more like stepping into a warm bath of organic songcraft.

I wasn’t able to go in the end, but we shan’t let that get in the way of such a laboured lead-in. The Willkommen Collective is loose co-op of Brighton-based bands and artists including Shoreline, Sons of Noel and Adrian, The Leisure Society, The Climbers and The Miserable Rich. With various members performing together in a 20-piece orchestra on, the show was, by all accounts, every bit as entrancing and lovely as one might expect, the Orchestra creating the kind of rootsy, choral-sung hymns Mumford & Sons might like to do if it were even remotely lucrative.

A full set of gig previews for the next month would be a bit pointless and probably quite wearying on the eye, so allow for this assorted selection…

Energetic local girl/boy duo Blood Red Shoes step up to the mid-sized Komedia on March 5th, with Cold Pumas opening; and buried in the listings on the same night are The Antlers, at The Hanbury, Kemptown, on March 5. At the risk of this becoming an advert for the Freebutt, Memory Tapes will be there, 9 March; and getting in touch with their Celtic roots, maybe, Idlewild are at Concorde 2, also 9 March. A double brill to make men and women salivate like eejits, Grizzly Bear and Beach House bring their own inimitable moodscapes to the Dome, 11 March; while Mumford & Sons and Fanfarlo are there the following night. Electro idol Erol Alkan will be turning it up at Digital, 13 March, though some might prefer the darker hues of Flying Lotus at Concorde 2. Four Tet and Nathan Fake shouldn’t be missed at Concorde 2, 17 March, while Autechre and Vitalic play the following night at the Sabai Pavilion and Coalition. Perennial indie-rap favourites Why? grace Komedia, 21 March. A Silver Mt. Zion roll into town for a special one at St Georges Church, 27 March, and winding things down politely, Tunng are at Concorde 2, 28 March. Phew!