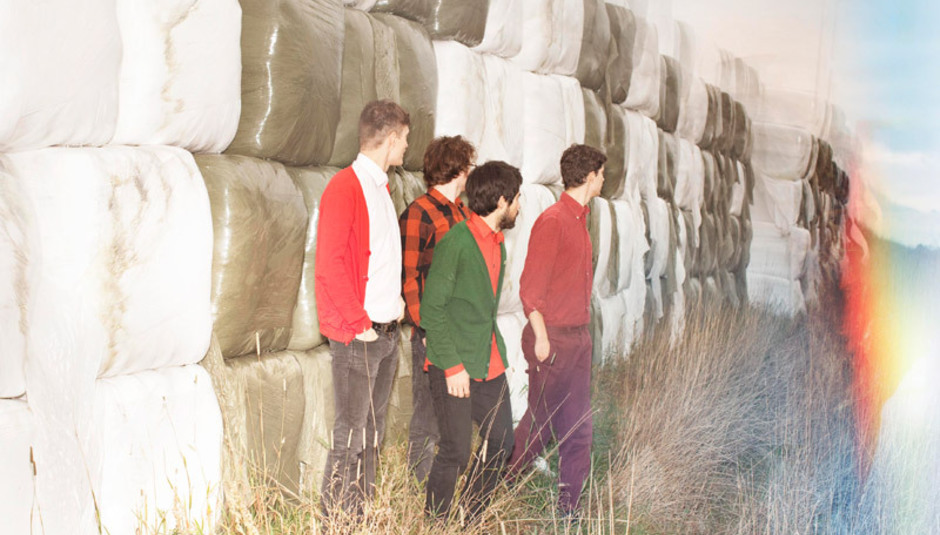 Want to get the straight dope about Efterklang's new DiS-approved album Magic Chairs, out this week? Well, we asked the band, but sadly being Danes their English was awful and we had to scrap the whole thing. ONLY JOKING, the dastards probably have better grasp of our grammar than the entire UK indie population combined.

Rune Mølgaard used to be a full time member of Efterklang, but since 2007 he has taken a more secluded role. He has a folder on our studio computer where he sometimes leaves small ideas and sketches for songs. Modern Drift came about when we found this four-layered piano idea in Rune's folder.

We almost wrote this song in one day. We've never ever done that before. The song was one of the first ones we did for the album and we used it as a reference and inspiration for the general feel and vibe of Magic Chairs. The song has three key elements: a beat, an organ and vocal. This simple approach felt very refreshing to us.

'I Was Playing Drums'

This is probably the closest we have come to making a pop song. The structure with verse, chorus, etc. is much clearer compared to other Efterklang songs. We toured the US for five weeks in the winter of 2009 and road-tested a lot of our new songs on this tour and I Was Playing Drums turned into one of our favourites right from the beginning.

The song starts off with us trying to recreate some form of prehistoric tribal choir. First we recorded the choir, then we played it at very loud volume out of our studio window and recorded the sound that came back. Our studio is placed in an old shipbuilding yard and the weird reverb on the choir is like a natural reflection off all these abandoned huge buildings.

At first it was difficult for us to see this song ending up on Magic Chairs. It doesn't sound like anything else we´ve done. We tried to get Kim Larsen to whistle on it, but he said no. He is a national icon here in Denmark has been around since the Seventies.

The weird choir that you can hear in the background is actually 300 elderly Chinese people, who are singing, almost screaming, in a park in Beijing. We were on a Chinese tour in the fall of 2008 and were recommended to visit the Temple of Heaven Park. Very early in the morning the park gets full of old people exercising in very odd ways (for example they really like walking backwards). We walked around this park and suddenly they gathered to form a huge choir and started singing. Casper had his field recorder with him so we recorded it and later manipulated and edited the recording and used it for 'Full Moon'.

One of the first songs we finished and started playing live in the spring of 2009. The closest we have come to making a regular rock song and without doubt the hardest to place on the album tracklisting. We made it work however because we really wanted to include it on the album. It is another favourite in our current live set.

Like 'I Was Playing Drums' this one started with the drumbeat. From here the song started and developed. The idea was to try and hit a sort of 'big band' feel with drums and brass as the key elements.

Since the beginning of 2008 'Mirror Mirror' has been a part of our live set and it is actually based on a sketch from the time we did the Parades album. Maybe this song is the secret link between Parades and Magic Chairs.

Based around a simple guitar structure, it's a duet with Heather Woods Broderick, who is now an official member of our live-band. On Parades and especially 'Tripper' we always doubled Casper's vocal with a female vocal. 'Natural Tune' is the only song on this album to feature that.