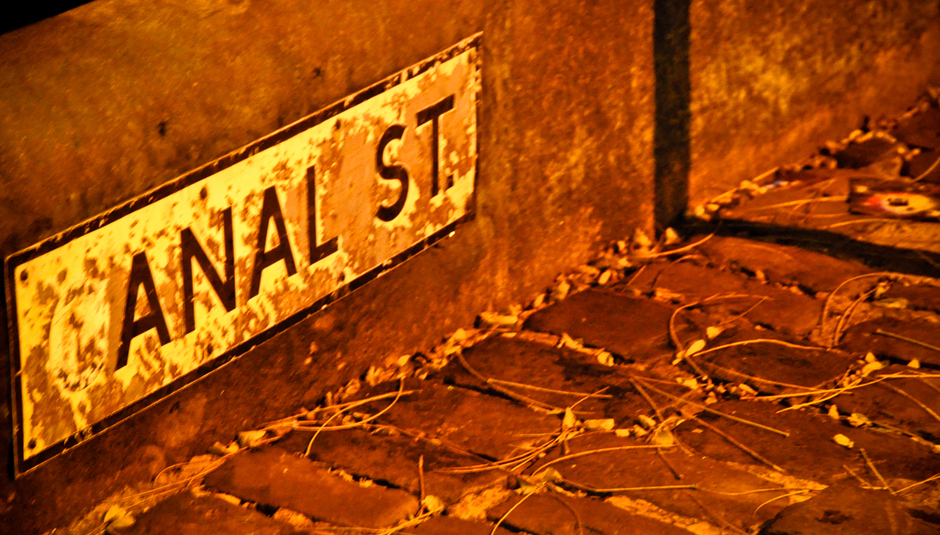 Our first local scene report, gig guide and DiScover mixtape of bands to check out from our DiSser in Manchester...

Manchester; it’s pretty good right? A humble student in this city I may be, but after over three years here I feel as at home as I ever did back in my native North East (I can almost hear the collective sigh of relief from the Manchester-raised DiSsers’ in the corner; at least it’s not a “bloody Southerner” representing your home patch). And so the chance to write a column about what’s been going on in the place I’ve grown to love was too good to turn down. It’s a city that constantly surprises me; an area that’s long overridden its gritty exterior to become a hub of constant creativity and variety. There are of course many who’re more in tune with Manchester than me - I’m still learning- but below are some of the things going on in the city’s music scene that I feel are worthy of your time. We’ve new venues, new bands and new releases- and if I’ve missed anything out, then, please, throw down a comment saying so.

Not so much a slow wake from winter’s slumber, the city’s music scene has found itself sitting bolt upright with the opening of two spangly new (one not so spangly and new) venues. Sound Control on New Wakefield Street was originally part of the music shop chain of the same name. Now? It’s a three floor, 800-capacity club and live venue and, after a couple of test runs over Christmas, it fully opened at the end of January and saw latest indie darlings the Drums play one of their three (!) Manchester sets on the 6th February there. The opening of Sound Control is a welcome boost to a city that possesses low-level and top-level gig venues a-plenty but, aside from Academy 2 and shudder Moho Live, had been lacking in its mid-sized spots. First impressions were good too - at the Drums you could summon up a pint within a couple of minutes, whilst the attic live venue possesses a fair amount of character with its wooden floors and industrial theme (just a shame about the music ey? Hahah… Anyone? No?) Unfortunately it’s been overshadowed somewhat by that creaky institution of Manchester music-past returning once again… Yes, Factory Records is back, in venue form. With New Order’s Peter Hook behind the wheel, the label’s old headquarters on Charles Street re-opened on the 5th February as FAC251. The opening night saw ‘Hooky’ duly lead his band through a parade of New Order and Joy Division hits, striking a blow for those who thought the city had finally broken free from its past glories. The place itself is another three-story venue for both club events and live venue, though the jury’s out on whether Manchester needs another indie rock n’ roll club night (FAC251 offers two, alongside the wearily predictable Hacienda night and- oh look, Mani’s DJing as well). Of course it could turn out to be wonderful, and early reports do suggest the live venue is excellent, with a great sound system; but whether Factory/Madchester’s /callitwhatyouwant’s past needs reliving AGAIN is another matter entirely. With the outside world finally waking up and seeing Manchester for the creative and forward-thinking musical environment it’s always been, it would be a shame for the city to once again fall back into caricature…or am I being overly harsh?

On a brighter note, the end of January heralded the from-all-accounts quite excellent Friends Of Mine weekender Friend of Manchester Festival. Organised mainly by hardworking musician/promoter Pierre Hall, the Saturday saw the popular promoters pitch up in Jabez Clegg and Kro Bar, with an array of up and coming acts from near and far. Notable performances came from the likes of Chew Lips, Shack’s John Head and the noisily brilliant Pens (forgive me for an outside link, but the excellent Manchester Music does it a fine appraisal.) Plans are already afoot for next year’s event…

With That Knife ‘This Place, A Thousand Times’

It’s always good to catch up with former DiScover alumni. Following support slots with Kong! And Blk Jks, five-piece post-hardcore/mathy types With That Knife have finally readied their debut single- an urgent blast of playful hooks, bludgeoning electronics and complex rhythms; The B-side’s pretty good too, managing to pack in a plethora of ideas. Shortly to be available on iTunes. Released March 2nd.

Egyptian Hip-Hop are currently receiving a buggery load of hype, but there is something to it; they’re impossibly young for one, and for another they throw themselves into their skewed pop with the sort of naïve abandon that can’t help but raise a smile. More signposts needed? Well, this has been produced by Late Of The Pier’s Sam Eastgate. Available on 7” limited vinyl at Puregroove. Released March 1st. It’d surely be remiss of DiS not to promote its own monthly event...

The Deaf Institute, March 11th from 7:30pm: The Invisible were undoubtedly one of the most interesting acts on an otherwise dull Mercury list last year; a blissful proposition of groove-laden pop, they’re going to be more than ably supported by New Jersey’s Memory Tapes - whose debut full length Seek Magic did so tickle our fancy last year. Tickets are a pretty excellent £8 (plus booking fee) and it’s at the ever popular Deaf Institute dancehall, so no excuse not to go really? Tickets & More Info....
MySpaces: The Invisible & Memory Tapes

This is not so much a shortlist of gigs, more a list of great promoters doing good things over the next month or so...

Wotgodforgot
Wotgodforgot is the one-man musical explorer that is Ciaran Cullen; he scours the globe for the innovative and experimental, then hoodwinks them back to the North West (“I didn’t know anything about Manchester having a beach?”) and ropes in some top local support. This year’s run has already seen the Finnish shoegaze of Joensuu 1685 and new Warp favourites tUnE-YaRdS, and on April 17th things get a bit special with krautrock legends Faust appearing at the Ruby Lounge. Before then though, local noise-merchants Kong!, Canadian math-punk five-piece DD/MM/YYYY and Brooklyn’s Xiu Xiu all play.

Now Wave
Now Wave have a canny knack of picking up alternative bands just as they’re about to go stratospheric- see The XX’s packed show at the Deaf Institute last year. This year promises to be no different: artists as varied as Deerhunter, Chris Cunningham and The Antlers are all set to tread the boards. Before then though…

For Folk’s Sake
Run by Sophie Parkes of Manchester folk-gazers Air Cav fame, For Folk’s Sake is often a beguiling mix of folk music, poetry and spoken word. The night celebrated it’s first birthday last year and it’s success saw it nominated for the Best Club Night Award in Folk website Spiral Earth’s annual gong hand-outs. It’s usually to be found monthly at the Bay Horse- though in March it switches to the Zion Arts Centre as part of the Finding Zion Festival.

BabyBoom Records vs. Free For Arts Festival
Salford-based label BabyBoom Records team up with a collective who organised last year’s Free For Arts Festival- a weeklong celebration of contemporary art in various venues and locations around Manchester. The monthly nights are aiming to provide an interesting aesthetic of combined music and live artwork. Americana-influenced folky Jo Rose (ex-Fear Of Music) will be performing in March (to the eagle-eyed amongst you, I do have vested interest in this, but I’d be going anyway- honest!)

I leave you with that most DiScover of things- an online mixtape! Four acts, four videos/links.

Intense post-punk from one of the DiS boards’ very own, they return to the live scene on 17th February…

MBM are a brutally powerful post-metal act along the lines of Russian Circles; they, nevertheless, don’t shy away from shifting into more reflective passages and textures.

Thank you for reading; follow me on twitter, send me something to hear, or just darn well get in touch! Who knows, maybe I’ll get to do this again at some point! @essjaycats