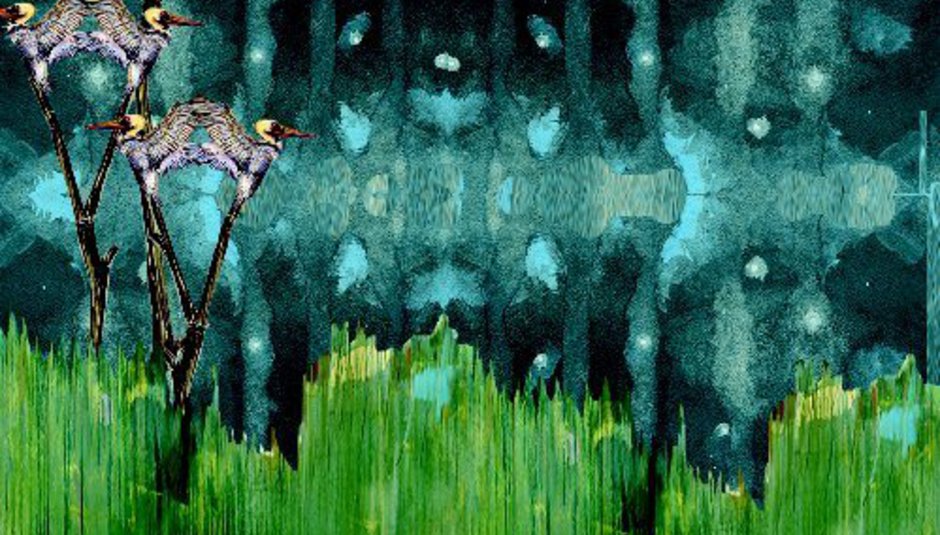 Due to an extended bout of backpacking at the start of the year, there was quite the gap between my first musical WTF? moment of 2009 – the moment when the bottom end kicks in on ‘In The Flowers’ – and the second. That would essentially be the whole of Nests of Waves and Wire by San Francisco duo Tartufi, but to pinpoint it further, let’s head for the centrepiece ‘Engineering’. Born into dissonant, clanging percussion, some ten minutes later it’s gone through several shades of noise and melody, storm and calm, before coming to misty rest as a beautiful folk ballad. “Oh Johnny, won’t you come back?” implores singer Lynne Angel, bafflingly.

Moving far from more conventional roots as a power pop trio, Angel and bandmate Brian Gorman have created a haunting record of mercurial, generically evasive songs, the hefty running times of which belie the fact they are neither self-consciously epic or ‘progressive’, nor look-at-me weird; calling this music ‘schizophrenic’ implies a wackiness that’s entirely absent. Indeed, Nests of Waves and Wire’s considerable sense of coherency comes both from its uniformly melancholic tone and the slow but purposeful pace with which the songs unfold. It doesn’t sound like Tartufi are making it up as they go along; more like they’re somehow uncovered a collection of very strange old spirituals and decided they might have a go covering them. In a folk-noise-metal-choral-ambient style.

That sense of absolute purpose, of genuinely knowing what the fuck they're doing goes double for their live show: until I saw them at this year’s Supersonic, it had never occurred for a second that two musicians could replicate these songs faithfully live. Wrong wrong wrong: in near constant motion, the pair swap guitars and construct bizarre electronic devices out of the buzzing tangle in front of them, a shifting sea of instrumentation allowing them to map out Nests of Waves and Wire’s every impossible coastline. It would have been great if they’d received a bunch more attention this year – they certainly deserve it. But while some bands are unjustly lost, Tartufi are so entirely other that it’d almost seem incongruous if they were ever really found.