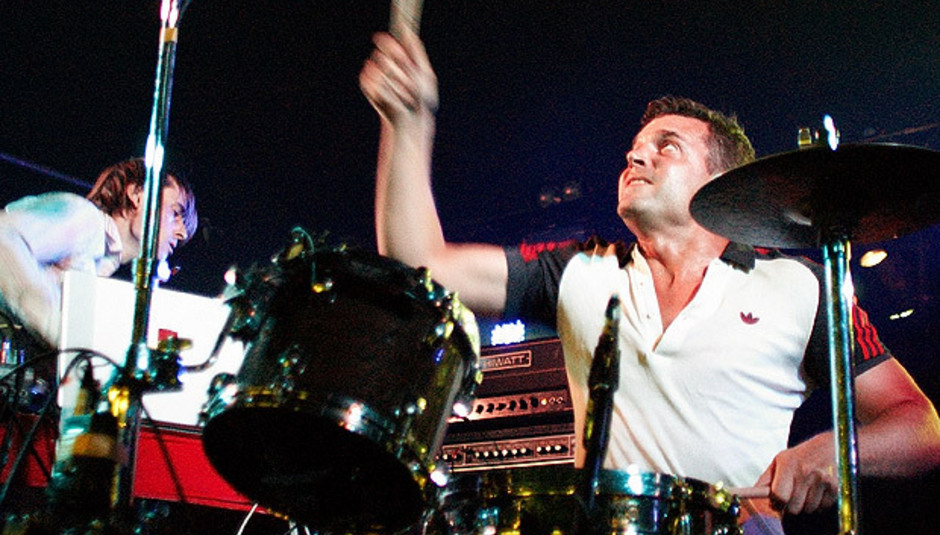 Before we get stuck in with TELLING you what THE BEST record of the year is (that's coming next week), we thought we might find out what some of our favourite acts' favourite records of the year were. Over the coming days, in the lead up to the end of the year, we've asked some of our acts of the year and some of our the acts who have records due in 2010, to tell us what excited and inspired them in 2009.

Kicking things off is not just one of the greatest drummers of all-time (and so says every drummer you ever meet, including Dom from Muse) but a man whose understanding of music, the Zeitgeist and genuine artistry, leaves mere mortals like us awestruck. John Stanier has drummed for Helmet, Mike Patton's Tomahawk and Battles but he spent much his 2009 playing live for The Field.

1) Jay Z The Blueprint 3
This is my favourite record of 2009 simply because of the song 'Empire State Of Mind'. If you were in New York City in September and October of this year you know what I'm talking about. A magical New York autumn with the Yankees winning the World Series for the 27th time.......corny? yes, but undeniable at the same time.

2) Total 10 - Kompakt
The years best from my favourite label around the corner, this thing rocks from beginning to end. Mugwump, Justus Kohncke, Matias Aguayo, Jurgen Paape, Burger/Voigt a very well put together compilation.

3) The Field Yesterday and Today
Yes, I play on this record.....but besides that it's awesome and I love listening to it while driving or walking around in parks.

4) Warp20 box set
This has made my list for the packaging alone....I still can't believe they sent each of us a copy of this, it must weigh 30 pounds. For the longest time I was afraid to open it.

Battles play live this Saturday in London at the Warp20 party.