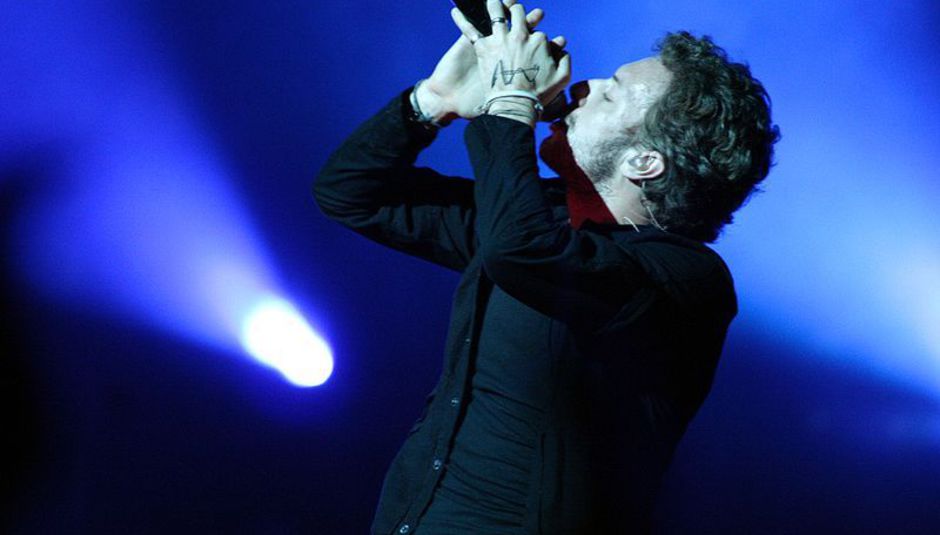 It pains me that Girls Aloud are as average as they are tonight, as that’s primarily the reason why I’m here. I’ve been bought a ticket in the knowledge that there may never be any more live performances by the quintet, but the fact that they’re playing a mere 40 minute set at 6pm is a real organisational oversight. An even bigger cock-up however is the Girls’ setlist choice. Their performance is perfectly passable, but the material itself lets them down; a sickly cover of ‘I’ll Stand By You’, a lacklustre version of ‘Something Kinda Oooh’ and an unnecessary take on Robyn’s ‘Every Heartbeat’ are all wasted opportunities. Things are somewhat rectified when the layered vocals pull together for the heart-melting chorus on ‘Call the Shots’ but even a dynamic rendition of the appropriately titled ‘The Promise’ leaves you feeling like it’s too little, too late.

Whereas Jay-Z’s performance is downright brilliant. Despite my seat being nearer Brentford than the stage, Jay-Z impressively manages to make the stage his own within seconds and fill the gargantuan arena thanks in no small part to having two drummers and a fuckload of volume at his disposal. ‘On to the Next One’ and ‘Dirt Off Your Shoulder’ sound immense, with a great deal of the standing audience bouncing along with Jay-Z’s instructional hand gestures. ‘D.O.A.’ mixes in with the rest of his material seamlessly and the ever reliable ’99 Problems’ provides a great opportunity for 100,000 middle aged people to mock practise their air-scratching. Hell, even the slightly pompous-on-record ‘Empire State of Mind’ is elevated to modern classic status, in no small part due to Alicia Keys stand-in Bridget Kelly’s haunting vocals.

Throughout, Jay-Z manages to strike that difficult balance between being a solo superstar and a loveable down-to-earth chap, stopping to point out various American Football shirts in the crowd he approves of or ladies’ haircuts. Such is the feel good factor in the stadium that the four safety stewards next to me begin taking 15 minute shifts to cover one another in order to go dance down the front. After an hour, Jay-Z cements his place as a global phenomenon and leaves the stage to a pumped up, wholly appreciative room of converted fans, no doubt adding to the ones he collected at last year's Glastonbury.

Confession time: truth be told, I don’t hold any hope of Coldplay touching their warm up, seeing as I have no more than a passing interest in them. It’s not that they’re bad, or dislikeable. Just so…. beige? Even their name sounds a bit limp. However it will be eternally baffling to me that the band has always attracted such a venomous level of hatred, mainly because their music is merely far too pleasant to waste anger on. Coldplay have always worked around musical structures at their most base and therefore if it’s not for you it’s easy enough to ignore. But it would appear that whilst we’ve been largely overlooking their progress, Coldplay have now fully grown into what those subtle, fledgling EPs hinted at: much like Jay-Z, they are now fully-rounded global stars, and tonight is as good a performance as you’ll likely ever see from a rock band that straddles such a broad music-loving spectrum.

The live show itself is grand and one that - in print - will likely sound appalling; featuring a heavily scripted interchange between Martin and a giant Simon Cowell video, a Mexican wave of mobile phones, Simon Pegg fleetingly joining the band playing harmonica on a makeshift ‘impromptu’ stage and U2-esque pyrotechnics. But in actuality, there’s something massively endearing and human about the entire evening that breaks up the seriousness (and occasional similarity) of the slightly excessive 26 songs.

The set is understandably Viva La Vida heavy, with the band’s best record to date A Rush of Blood to the Head also heavily filtering proceedings, but the difference between the formers recorded rendition and the live translation is a world apart. ‘Life in Technicolor’ bookends the gig, creating a stunning sense of anticipation; the new album's title track manages to join an entire stadium in song, which echoes long into the tube ride home; and lesser known tracks such as ‘Death and All His Friends’ and ‘42’ sound colossal when allowed to spread their wings, encroaching previously uncharted territory for the band which many Radiohead fans would claim as solely theirs.

Former glories naturally get the warmest greeting, whether it’s the early unveiling of the somehow-still-mesmerising piano line of ‘Clocks’, an empty arena being magically filled with giant balloons in a three second blackout as breakthrough hit 'Yellow' fades in, the epic intro to ‘Politik’ nearly deafening everyone, or the huge sing-a-long that is sparked by ‘God Put a Smile Upon Your Face’. Or indeed ‘Trouble’. Or ‘Talk’. Or ‘Fix you’… This is in no small part due to Martin understanding that a snappy couplet is more memorable than a piece of prose yet - when handled delicately - ultimately more rewarding. In fact when you hear these songs all together, you realise just how good a back catalogue the band has, even if it is perhaps still a little too one-dimensional to be regarded alongside some of their peers.

To many readers of this site, Coldplay will likely never be more than a passing name, and I suspect this review or anything barring a night in their presence will do anything to alter that. It somehow feels too easy to fall for their charms. Yet there is a natural, unpolished energy to their performance tonight that is joyous to behold and feel part of. And if they’re good enough for a beaming Jay-Z to want to get back in on the act, returning to sing ‘Lost+’ with the band towards the close, then just maybe they should be good enough for us too.

In Photos: Orbital @ The Academy, She...