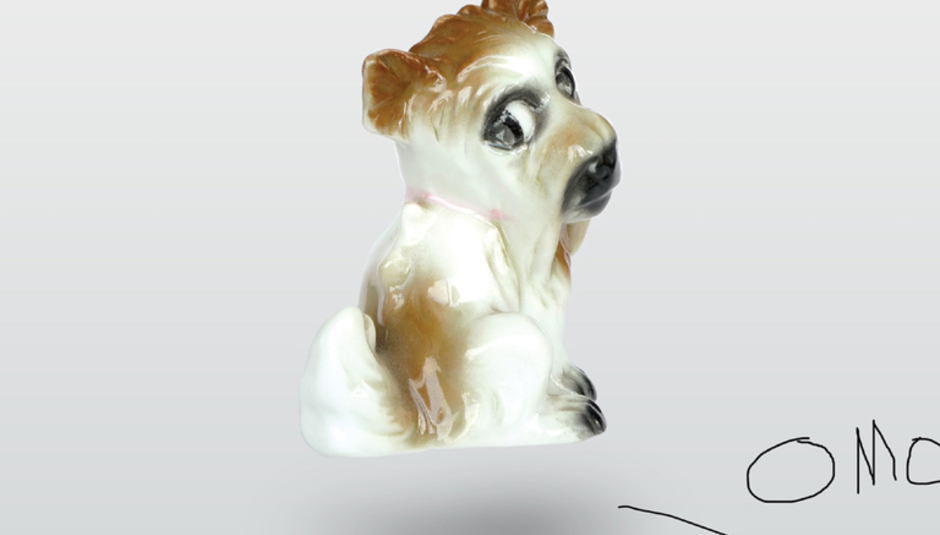 I went to a wedding this weekend to see one of my best boypals marry the love of his life. And it was one of the most heart-warming things I ever did see. So while it is unlikely that any record will be able to wipe the smile off my wetasaflannel, romantic face, one that has Nick Grimshaw as a supporter will have a flipping good try.

The Chap ‘Well Done You’ (split seven, with Omo, on LOAF Recordings) I am going to concentrate on The Chap’s contribution to this split seven. Partly because it is in a different league to Omo’s too-willfully-kooky-for-me ‘Oversized’. But mainly because it is the first thing I have ever heard to use management speak as the basis of a pop song. Now, if you had spent most of your working life having your arse slapped as a secretary like what I have, you will agree that this is a grand idea. If you found ‘Step Into My Office Baby’ impossibly amusing, even more so. And even if you don’t or haven’t, the ace angularity of the stripped-back, post-punk, bass-slapped backing track should win you over. All right, there is a little bit of a devil in me that says this is entertainment, experiment, possibly even (ick) art and not music. But phrases like ‘You’ve really shown ambition here’ / ‘It’s a little rough round the edges’ / ‘But who cares with an outcome like this’ make me giggle; it shows The Chap can re-appropriate the sort of wankspeak that was shouted at me in my first sales job and charm it into a seven. A thoroughly original, Six-Month Appraisal/Exit Interview pop record then - a not so-quirky-you-want-to-strangle-it delight. Listen here or MySpace, here.

I have said it before but it bears repeating: Girls are splendid, they can do no wrong in my usually flitty, changeable book. ‘Lust For Life’ is more of their triumphantly brilliant fuzziness – all falling Costello vocals and Strokes-y twang. I LOVE THEM, and you should too.

It is always a little daunting when one is faced with a release that happens to be by one of one’s editor’s favourite bands. Happily, ‘Uprising’ is a thoroughly enjoyable glam-stomping re-work of the original Doctor Who theme, and one that had me grinning like a Cheshire. I mean, I think the point about a band like Muse (which I have belatedly, just now, realised) is that despite the theatrics one just has to remember not to take any of it too serious. And with that accomplished, they are more fun than any pomp rock band has any right to be. I mean, part of me really does hope that Matt Bellamy sits at home counting his gold with a great big smirk on his fizzog - because his is the most ridiculous of bands and they hoodwink us all; we are happy to be hoodwinked. And what I mean by all of this, is that before I used to think Muse were too silly to be borne, but now I see that it is their very silliness that is so very, very appealing. Silly old me, it turns out; I do like a good volte-face.

Fabulous though the chorus of ‘Dominos’ is (and it is fabulous - being big on distortion, echoes and menacing synth triumph), unfortunately it’s a chorus in search of a song. Which leaves the rest of the single to meander through dubby breakdowns and the sort of snappy drums which punctuated the very lovely Chapterhouse’s ‘Pearl’ (compare and contrast here, readers). It’s also a song about chewing through girls like so many moreish Haribo – that is, being a squeamish commitment-phobe. And after this weekend’s delicious public romantics, I have no time for fearful boys who do not leap in with both feet and a proffered ring finger. On the plus side, the shortness of this single means that it is mostly the lovely big choruses we get to listen to, and less of the fillering.

The terrible thing about changing release dates is that I lose momentum. And the first time I really got into ‘Your Wish’ was many moons ago, at the start of the summer when I was doing the washing up at the caravan park, willfully ignoring my fellow campers in a really quite stuck-up way. What came like a sucker punch then – as I press rewind on my brainium and locate the part of me that was brimming with enthusiasm - is this: Estelle’s bloody sister, H Boogie. Lawks, she’s got chops. Real, actual ones, not X-Factor’s fiddled-format, mass-hysteria-induced, actually-can-just-about-wobble-a-tune ones. Big fat chops with inch-thick crackling rind on them - so Bashy really ought to count his luckies that she agreed to lend them. I would go so far as to say that however indie you feel yourself to be today (and I am about a seven on the 1 to Sun 0))) scale), I urge you to seek out the a capella version of this single. Because young H Boogie is the swooniest swoony thing in this week’s selection of sevens. Original version below (which is NOT THE SAME).

I wish people would not invoke the ‘support’ of youth TV presenters as if that somehow recommends a particular release. I have nothing against Nick Grimshaw apart from his studiously unstudied presenting style and the nickname which has been forced upon us (which means it is NOT A NICKNAME BUT A NAME WE HAVE BEEN TOLD TO CALL HIM. STOP TRYING TO ORDER US INTO USING NICKNAMES RADIO ONE, THE WHOLE POINT ABOUT NICKNAMES IS THAT THEY ARE BESTOWED NATURALLY). Anyhoo, the fact that “Grimmy” likes ‘Ou Est La Swimming Pool’ is not something I count in their favour; it may in fact make me lift a stroppy teenage hand in their face and do an unconvincing chicken-neck. But - it turns out they make perfectly proficient synth pop with an amiably ragged edge.

I should be well disposed towards anyone what calls their single ‘Mega’ because it is a word of which I was very fond when I was a pre-teen. And I like The Count & Sinden, they are top larks. But ‘Mega’ is not mega until about 1:40 in – which means it takes nearly two whole minutes before it shows us how mega it can be. After that it is quite skill/brill/wicked. Which means the lesson we have learned today is that ‘club’ versions of singles are really quite rubbish/poo/pants/borin.

Somebody quite fancies themselves as Nick Cave on this - but I am not sure any man is as devil-dark, lanky or long-naughty-fingered as the real thing. O Children give it a bloody good go though.

Extremely pleasing, snowballing folk pop which has something of the souped-up Adems about it. Which is to say that this is quite literally plucky pop with a very very beau coda about being a Samurai with a plastic sword near the end. Laurel Collective are the sort of band you feel you need to see live, because I’m not sure the static version is doing all their complex melodics justice. Impressive.

Some nice interpretative dance in the videothing.

It’s about drugs. And drugs are bad. But Vice Records think they are cool. Charlie says do not listen or your brain will go wonky and you will disappear down what 'druggies' call the loo hole (or something).

I like Dot Allison, very much. But I LOATHE Paul Weller. So it is too hard for me to write about this. (Sorry Dot.)

DiS vs. The Fans: Readers' reviews of...