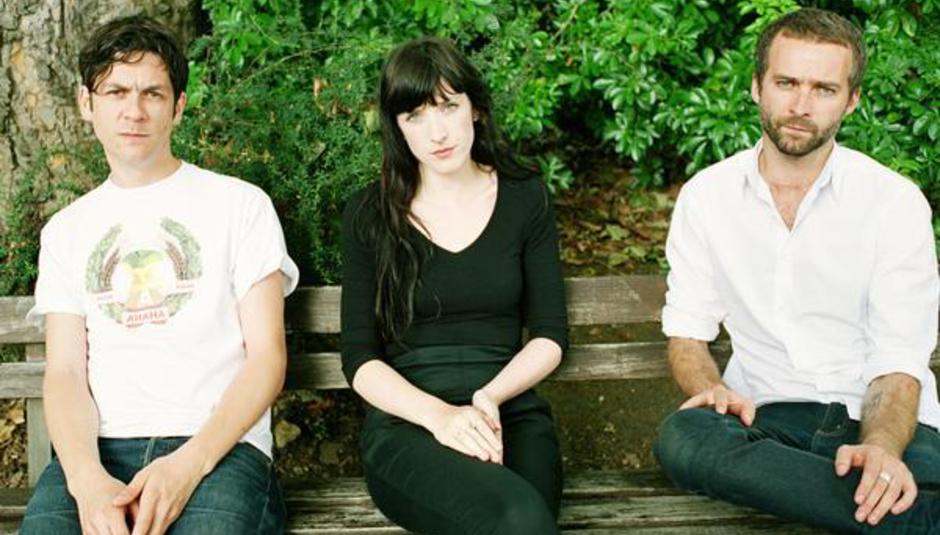 London based collective Sian Alice Group have just released one of this year's most distinctive, hauntingly beautiful records in Troubled, Shaken, Etc. (Review).

Having initially formed in 2006 around the three core members of Sian Ahern (voice, percussion), Ben Crook (guitars) and Rupert Clervaux (drums, piano), they recorded their first album 59:59 last year, amidst collaborations with the likes of one-time Jesus And Mary Chain member Douglas Hart and Gang Dance's Brian DeGraw. Expanded to a six-piece for live shows, Sian Alice Group are one of the most evocative musical groups on the circuit at present, defying genre categorisation in the process.

DiS recently caught up with the three mainstays of the band - Ahern, Crook and Clervaux - and discovered that the sudden spate of attention thrust their way has come as something of a shock to all concerned...

DiS: Your new record, Troubled, Shaken, Etc. is a marked departure from its predecessor 59:59. Was it your intention to make the album as different as possible?

Rupert Clervaux: There's never, ever a plan. That's basically the first key to us. We like to trust our instincts, have fun in the studio.
Ben Crook: I think we're more about setting out what we don't want to do rather than any pre-planned structure of how a recording will sound. We would rather give ourselves limitations than some kind of design and see what happens. We did set ourselves a deadline when this record would be finished by.
Sian Ahern: Any musical progressions from the previous record are completely natural. On a personal level, I feel a lot more confident with my vocals on this record than I did with 59:59, but whether that is incidental or accidental I cannot really say.
BC: The first record seemed to revolve around throwing all of our ideas into one stream of consciousness, which I think is a pretty brave thing to do. Pretty much every song on the record was punctuated by little instrumentals with the idea being that it would take you somewhere - in this case the next song - and I guess our attitude around that time was that if people didn't like it who gives a fuck as we're happy with it.
RC: I would definitely say Troubled, Shaken, Etc. is much more direct.

DiS: You've had some generally favourable reviews for the album so far. Do you pay any attention to what the music press have to say about your band?

RC: The funny thing is, when we started this band - some of us had been through the whole build them up/knock them down/sign them up/drop them cycle in our previous bands - we never intended this to be anything more than a project that was purely about making music for ourselves. I guess it's quite a compliment that other people have ended up being interested in it, so even if a review is negative, just the fact someone else has made the effort to listen to our music is a bonus for me. I still see the music we make as being very personal to us, almost to the point of it being encapsulated within itself.
BC: If people like it then that's pretty amazing. I guess you have to be level headed about the whole thing, as there will always be those who like something and those who don't, and we know that now our music's in the public domain we wouldn't expect things to be any different for us either.
RC: I always say that even if you can read a bad review in hindsight, none of us would ever change the record just to fall in line with a critic's opinion.

DiS: Because of the experimental nature of your music, Sian Alice Group don't necessarily fall into any pre-determined genres. What influences and inspires you to make such forward thinking music?

RC: Just waking up every day I guess! It's really as banal as that in a sense.
BC: We don't do this because we want to get an estimation from someone else. It's not about trying to achieve someone else's goals. When we made the first record, we were unsure whether there would even be a follow-up at that point, but then we were so happy with the end result of 59:59 that we thought "Wow! We can do this again".
SA: I think this record and 59:59 highlights just what varied music tastes we all have between us. We don't really see ourselves as moving in different directions. Instead, I think we're just covering more of what we're about rather than being heavily influenced by anyone in particular.

DiS: The fact you're impossible to pigeonhole must have subsconcsiously gone through your minds at some point though?

RC: Not really. At some point you have to set yourself free.
BC: I think we're one of those bands who have so much to offer in that respect, and as a result people can take out of our music whatever they want rather than be forced into a cul-de-sac. To me, if you try and encourage bands to align themselves with one particular genre or scene then you're effectively preparing your own sell-by date in the process. The fact that we have so many different individual elements bringing their own personalities into what we do gives us our own unique sound.
RC: I think there's also a tendency for too many bands to look back once they become associated with a particular genre rather move forwards, whereas with us there are no boundaries or restrictions.
BC: We don't write songs to appeal to a certain demographic. Its not like we wrote track 3 on the record specifically to appeal to fans of track 4, or worried that people who were fans of track 4 might not like track 5, and so on. I hope there's people out there who like as many variations of music as I do. When I think about it, there's actually so much great music around that I sometimes wonder if you really need the addition of us!

DiS: Your live show involves a lot of complicated segments and instrument swapping, whereas the recordings sound so simplistic by comparison. Was Sian Alice Group ever intended to be more than a studio project from the outset and how did you make that transition for live performances?

RC: I think you're right to an extent about us being a studio project, initially at any rate. We were long into a recording relationship before we started trying to get our heads around the concept of a live show.
BC: We surprised ourselves to be honest because I don't think any of us saw Sian Alice Group as an audience-friendly live band.
SA: I was quite nervous and shy about standing up in front of an audience and playing at the beginning.
RC: I think the fact we have such a powerful feel when we're working together in the studio has helped make that transition to the live stage that little bit smoother. We welcome other performers into the live show and I think that helps because we never like to repeat the same thing twice. Change is always good, and even if we haven't played a song for a year or more doesn't mean we'll never play it again.

DiS: When I saw you at ATP earlier this year, the songs you played off 59:59 seemed to take on a whole new meaning. Would it be fair to say you are still in the process of developing and evolving even where your older material is concerned?

SA: Yeah, definitely.
BC: When we recorded those songs that's what they were like then, but we've grown as a band since then, and so those songs have grown with us. When I write the outline for a song, it's never my intention for it to remain exactly the same forever. It's almost like an element of danger I suppose, but to me once a song exists it becomes an entity in its own right, and like anything else can be open to re-interpretation.

DiS: Although 59:59 took two years to make, Troubled, Shaken, Etc. emerged in half the time. Were any of the songs on the record left over from the previous album?

BC: No there was nothing left over from the previous album's sessions. The whole process took around nine months in total, maybe even less come to think of it.
RC: We're quite fortunate in the sense that we don't have to book studios or worry about fitting in around producers and engineers schedules, because it's our studio we record in and we do all the arrangements ourselves, which means we're responsible for our own destiny.
BC: The only drawback can actually be around finding the time to all get together, because we have day jobs and other commitments that occasionally come before the band.

DiS: Have you any songs or ideas in progress for a third album?

RC: We actually have nineteen tracks already. Well, I guess they're really ideas as some will end up being merged and some will no doubt get scrapped between now and the time the next album is released.
BC: We have a very unique way of working in that someone will have an idea for a song and the rest of us just improvise around it, but then that also tends to throw up new ideas as well.
RC: We like the idea of productivity as a band in that we never stop trying to create something, whether that's a future record, rehearsing for a tour, or generally working around the studio coming up with new ideas. Its not as if we have set themes for our records either; everything just happens organically.

DiS: What about the lyrics?

BC: I guess we see those as the least important part of what we do. They're certainly the last part of the song in any case.
RC: I just tend to beaver away for a while. I mean, I'm obsessed with the concept of putting words to music but its not my main role in this band...
SA:...and I guess I see my voice more as that of an instrument rather than traditional vocalist in the sense of a singer/songwriter type performer.

DiS: And the name of the band?

BC: I think in some ways it portrays a sort of gang mentality.
RC: And we're a pretty close knit bunch!

DiS: And if you hadn't been named after Sian, what would you be called?

SA: Raspberry Elephants!
RC: We had loads of conversations about this from the outset, and in the end we decided to call ourselves after the front person, and preferred the idea of "Group" rather than "Ensemble" or "Band".
SA: Sian Alice Band!

DiS: Finally, we've talked about your sound being almost impossible to categorise, so if you had to choose one word to describe your sound what would it be?

RC: Neo-comical.
BC: Avant garde soul. Oops, that's three isn't it!
SA: Chamber pop. Not that I really know what that is, but I definitely prefer that to "post-rock" or "shoegaze".

The band then head off to the USA for 6 weeks, with more shows expected to be announced later in the year.

DiSection: Múm Sing Along to Songs Yo...