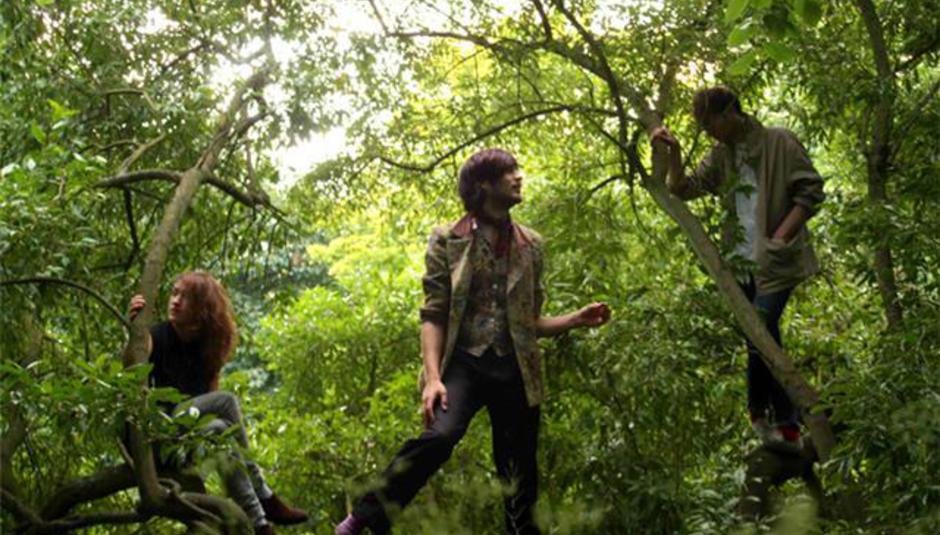 Esben And The Witch

One of the best songs you're likely to come across this year is 'Marching Song' by Esben And The Witch from their recently self-released EP 33. All the main tracks on this five song collection (four 'proper' songs and a short intro track) recall old fashioned storytelling; beckoning you to sit and listen to their yarns of mystery and woe. Stopping just short of uttering the classic opener "Once upon a time" , the songs on 33 are sonic fairy tales with gentle yet portentous beginnings, which gather you up and lead you out on a short journey to climactic and momentous points, ultimately returning you to sitting cross-legged on the floor eager to hear another tale.

It's probably no accident that the band lifted their name from the story 'Esben And The Which' from The Pink Fairy Book. This Brighton trio of Daniel Copeman, Rachel Davies and Thomas Fisher have - in a very short period of time - formed ranks, made songs, self-recorded and self-released the astonishing 33, played a number of gigs including in support of Deerhunter's march across the UK this past spring and presently; they're recording a second ep due out in late fall. Most astonishing of all about this band, though, is that they still belong exclusively to a few of us who are fortunate enough to be in the know. Esben And The Witch are a unique and surprisingly balanced band of three, none of whom are in the bulwark roles of bass player or drummer as with most traditional trios. Lyricist and vocalist Rachel Davies stands twixt guitarists Copeman and Fisher with a floor tom & cymbal set up or, on occasion, plays a (Fairy Edition) Peavey Bass, yet the trio comes up with a lush and svelte sound lacking for nothing sonically despite this unorthodoxy, coming off a bit like the suave country cousin of Portishead who's come to town, toting a porcelain owl under their provincial arms and surprising everybody with their perfect diction and savoir faire.