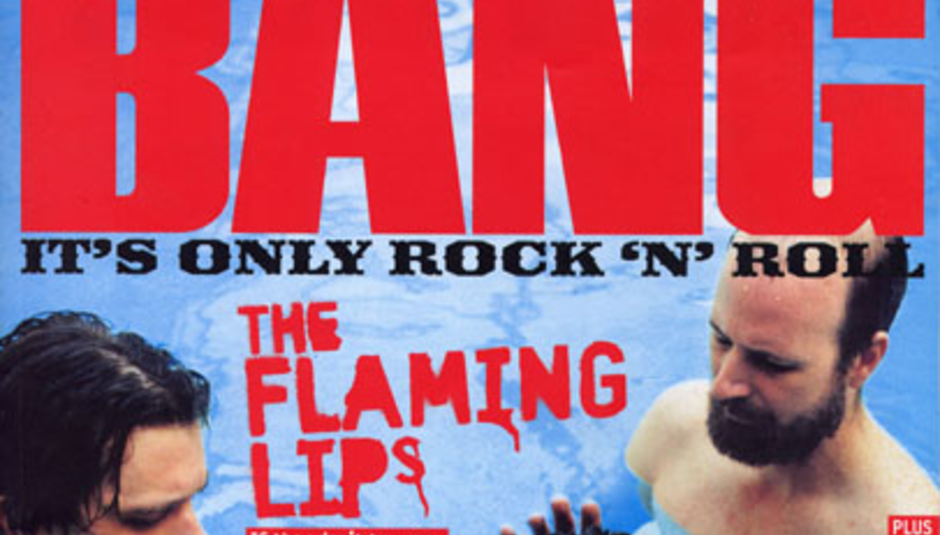 This is not a Mark Antony style rhetorical device. Put simply, Sean’s my friend and it’s my pleasure to write for DiS. (Likewise with Everett and Plan B/anything he has planned in the future – even though he helped unleash Courtney Love onto the undeserving world.) But that’s not to say I don’t feel some sympathy with the comments under the introduction to this week of stock taking. Or should that be naval gazing? I’m a writer. By very definition that makes me mentally ill, screechingly narcissistic and unable to pass up an opportunity to talk about myself as if it meant something in the greater scheme of things. So I can only promise the angry and spittle flecked denizens of the internet that I will write even more about music in future in the third person to make up for this.

This will, of course, just make them even angrier though.

What’s a girl to do?

Thirstiness and drugs prevented me from doing pretty much anything before the age of 33. Apart from drinking and taking drugs that is. Perhaps this late start gives me a different perspective to the other critters here. I don’t know. Ask my parole officer. Ask the other critters. As was my wont in 2002 I got drunk in a pub and described in great detail how I’d like to kill all of Coldplay after showing them photographs of their pets being tortured. A man listening offered me the job of News Editor on a new magazine called BANG. I celebrated by drinking a lot more then sleeping in a park with a pizza pulled up to my chin like a particularly dysfunctional and cheese enhanced blanket.

My employers allowed me to put together a team of writers (that, briefly, included Everett, Swells, Kulkarni, Sean Adams, Stevie Chick among other blunts) and then took great pleasure in getting me to sack half of them.

My first job as a rock writer was to forcibly sack the people who had been my primary inspiration against my will after telling them they weren’t right for us; something I patently didn’t believe.

REASONS TO BE CHEERFUL

A, Everything you suspect about music hacks is true. There are plenty of people in this industry who are in it just for the life style. There’s a good chance they actually aren’t at the same gig as you.

B, The awfulness and childishness of people’s behaviour is often in direct relation to how good and enjoyable their jobs are.

C, Music journalism means exactly nothing and has no tangible benefit to society whatsoever . . . this is exactly why rock hacks should strive to behave truthfully and honourably while working their fucking arses off. A lame teacher can still save or improve a hundred lives. A useless and lazy music journalist who is in it for the freebies is rubbing his own fecal matter into God’s eyes.

D, Work and lifestyle are extricable. It may take some time and ruin several mattresses and relationships but it can be done.

E, After love, nothing matters as much as work.

F, There is only a right way to do this; all of the other avenues are wrong.

G, I’ve been called “pompous” by several other writers recently and this stings because I know it’s true. It also means at the very least I’m doing one part of my job properly. They’re right, I’m an uptight self-important wanker. This doesn’t mean I’m wrong though. I’m not interested in being your mate. I’m not interested in you at all if you don’t take music as seriously as I do. I’m only interested in the one percenter who does. And it’s a given that he or she almost certainly thinks I’m a cunt and completely wrong in my opinions. It’s the best job in the world so it’s only fair that some of it should be like having to repeatedly stab yourself in the eye with a sharpened screwdriver. I don’t want to be some mate-y guy who kinda likes music and has to slowly work out what the consensus on a given band is before quietly declaring an interest just after the release of their third album. I’m not some guy who secretly wishes things had frozen into place during Britpop like a Mod Francis Fukuyama reaching The End Of Music. I’m not some guy who secretly wishes that he’d paid more attention when dubstep, grime or hauntology first reared their heads but instead has to settle for sneering at them instead and seeking solace in ska and funk reissues. I’m not some guy who secretly wishes he’d gotten out of music hackery and into ‘proper’ journalism earlier. I started my professional life writing news for all the nationals before making the leap to music. The air’s clearer here and now I shower before I go to work, not when I get in. Like I say; I’d like to be mates with you and my peers but it’s usually not compatible.

The men who set BANG up, did so for honourable reasons, I have no doubt about it. I owe them a huge debt and always will do. But the second they indulged in score settling, compromise, horse trading, market analysis and second guessing readers, they were dead in the water. The second they thought outside of the box the game was up.

A lot of this was important in forming the way I set up and run TheQuietus.com with my trusty co-pilot; friend to the cravat maker and cheese monger, enemy to the alarm clock, Mr. Luke Turner.

And what do I think I’ve learned? Magazines always close. Media always evolves. Magazines like Plan B, no matter how good, have to die. They are the very stuff of ephemera. Today’s digital feed may make you long for the sturdy and almost set in stone world of yesterday’s inkies; which at least had the relatively functional hope of becoming fish and chip wrappers but that is not to be. Relax. Stop being such a control freak. Stop being so masculine. Music is fluid not fixed. Resist the impulse to seek, create or corroborate consensus. Destroy canonical thought. The male list making impulse is the enemy of music criticism. Reject all marketing culture. Embrace change. Recognize the spirit of the time for what it is; don’t try to mould it. Pompous? Oh yes. True? Innit.

If mass belief in Freudian psychology will be seen as the biggest folly of the last decades of the 20th Century, then marketing culture will play the same role in the opening decades of the 21st. Take pride in the fact, years from now, you will be able to say ‘So then son, I punched him repeatedly in the face while shouting “There is no such word as imagineer you mother fucker” until some of his teeth came out and he started crying.’ And your son will look at you with pride in his eyes knowing that you are a righteous dad.

When we set up The Quietus, we were told to keep reviews down to less than 100 words each, we were told to do market research, we were told to respect our demographic, we were told to only target bands above a certain size. This is all, obviously, bogus advice because it suggests that there is only one type of internet consumer. This is a fallacy. There are nine billion internet connections in the world, how in fucking Christ’s name can anyone turn round and say that every last fucking one of them only wants to read capsule reviews.

Anyone pandering to what they think their readers want is already dead and buried. Any magazine currently doing market research will be gone within two years. Have the courage of your convictions, otherwise what’s the fucking point? You’re the so-called expert. Be a fucking expert, don’t ask your readers what they already know before telling them about it. Jesus fucking wept.

So I guess what I’m saying is; if music journalists think for themselves they’ll be fine. If they reject orthodoxy and act like they’re rock and roll writers not writers who occasionally write about rock and roll, they’ll be alright. And if they aren’t; well it doesn’t matter too much. The Quietus will end (hopefully not straight away, but hopefully before we start treading water). (I hope I don’t but) I will probably hang around for a few years lowing like a cow. Mooing on and on about how music journalism isn’t what it used to be back when Lester Bangs – a drivelling, shite spouting racist thunder cunt (who had flashes of utter, utter genius) was a god and, oh, isn’t this ska stuff good? And wasn’t Mod brill? And, oh, why can’t it still be Britpop, when music was proper?

And when I do this there will be some vicious young hack standing behind me sharpening his blade, ready to spill my useless claret all over the killing floor.

Anyway, here’s my capsule review for the terminally short of attention: if John Harris doesn’t like it or understand it any more then why doesn’t he just fuck off and make some room for the likes of Kev Kharas, Noel Gardner, Emily Bick, Frances Morgan, Joe Stannard, David McNamee, Jude Rogers, Niall O’Keefe, Emily Mackay . . .

All change please! All change!