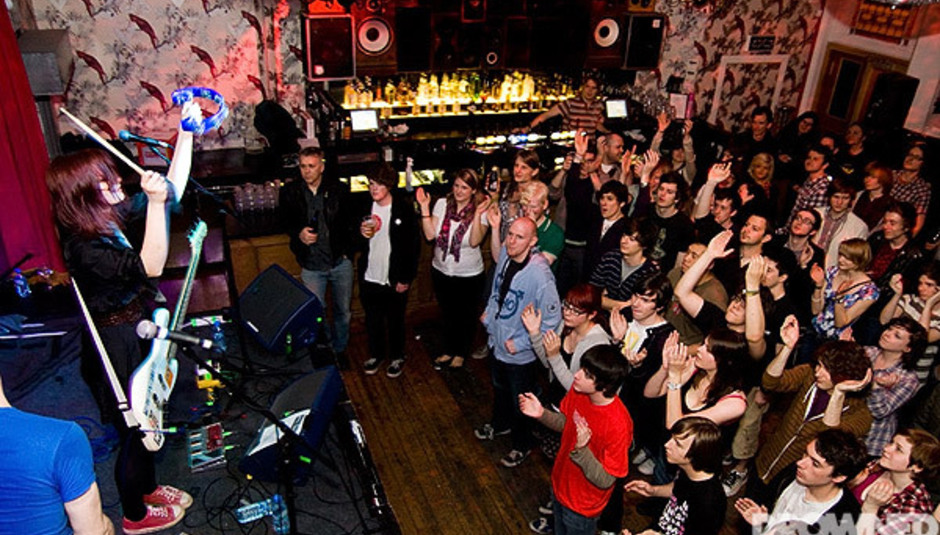 Madly-touring, power-driven, noise-pop trio Johnny Foreigner have been documenting their travels and tribulations throughout the country in both video and written word format for you. So far we've had Parts 1 & 2, Part 3 and Part 4. This, rather logically, is Part 5, taking in mostly the glorious North West.

But before all the visual excitement, there's a few words from bassist Kelly.

welcome back to this documentation of johnny foreigner in tour mode.

i know this isn't very good for a tour diary.... it's a total 3/ 10 effort but i made the rookie mistake of spending 2 days of the tour compiling what was to be tour diary 4. And in the midst of this forgot to film much in manchester. And london didn't even happen, according to this video, so you'll have to take our word for it that it was very very good and there were 2749718 people there cheering us on and we got a caviar and champagne rider and there were groupies literally EVERYWHERE we turned and loads of cool indie rock debauchery went down etc.

ben-hur it ain't, but whatevs. The next tour diary offers vandalism, street-busking in liverpool post-gig and hot club de paris so i hope that makes up for this.

oh and if anyone knows the song that is playing on the jukebox, do share. It's driving me mad.

You may have noticed that JoFo mention playing the Manchester Deaf Institute. Well, DiS was there and took some snaps. You can view them here.