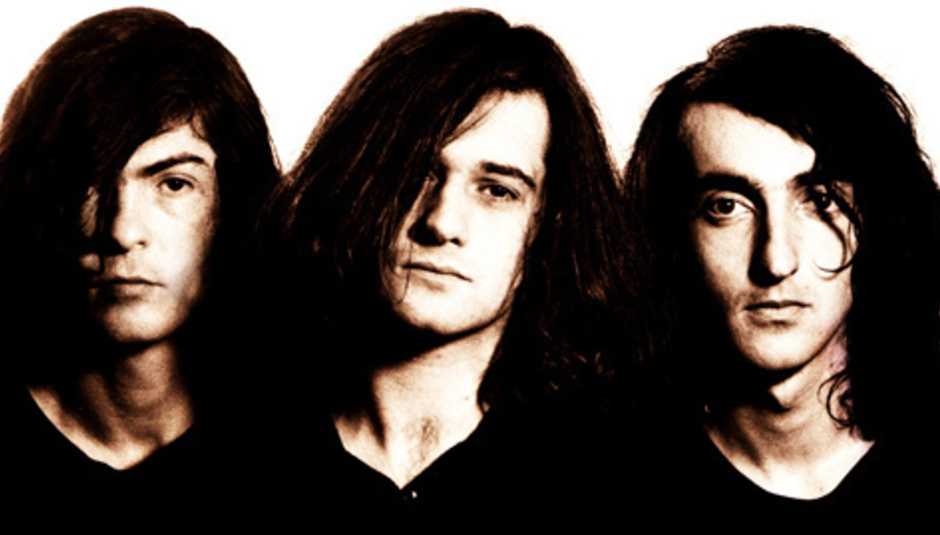 The circle unbroken: a guide to the works of Loop

The circle unbroken: a guide to the works of Loop

I’ll lay my cards on the table from the off here, Loop are one of my all time favourite bands. There I’ve said it. For what it’s worth, anyone expecting a levelheaded re-appraisal of the band's output should stop reading now. To me musically speaking Loop were close to perfection; live and on record. They split before their time and left a body of work that has more depth than most bands of their day, and it's perhaps now finally getting the respect it deserves.

Over a five-year-lifespan they released three full albums, five EPs, a couple of compilations (some authorised; some not), a trickle of appearances on comps and 7-inches, plus a Peel Session or three. However for the last 15-plus years most of their catalogue has been unavailable and their critical stock low. Expanded re-mastered versions of the band's first two full-length albums, Heaven's End and Fade Out, were re-released towards the back end of last year. Today we see Reactor, the re-animated label of Loop founder Robert Hampson, completing the re-issue programme with the re-release of the band's final album from 1991, A Gilded Eternity, plus a gloriously insane, completist's nirvana release of the band's World In Your Eyes compilation.

Always a cult band, they had virtually dropped out of public consciousness over the last few years. Whilst never overtly courting the press, the band were regularly cover stars in a time when three weekly music papers were published each week. However if you trawl YouTube there is no live footage to be found, and only two promo clips plus an appearance on the much loved and missed Snub TV.

The band collated their first two quickly deleted (and expensive as hell to track down then and now) 12-inch EPs on their first compilation The World In Your Eyes. Here the original package is expanded to a mind boggling three CD set. We are blessed with an embarrassment of riches, essentially spanning the band's entire career. Non LP tracks, complete EPs, re-mixes and live cuts are all sourced and the comp ends fittingly with the band's last recording, a cover of 'Like Rats' by kindred spirits and sometime touring partners Godflesh. CD1 sees the original compilation album extended to take in demos and an alternative take on one the band's first tracks, 'Spinning'. It’s clear that from the outset their vision was at odds with the musical status quo of the day. '16 Dreams' has perhaps only the floor tom, snare and fuzz guitar rush of early Jesus & Mary Chain to dates it to the nascent indie shamblings of the mid Eighties. Quickly though, it’s clear we’re dealing with a wholly different beast. Tracks like 'Deep Hit' and 'Burning World' indicate a more claustrophobic take on psychedelia that’s informed by post punk as well as gonzoid crash-and-burn of late Sixties Detroit.

Trawling through the package it’s possible to hear the seeds of Hampson’s future ambient echo drone project Main on tracks like 'Circle Grave', which originally appeared as B-side to the 'Black Sun' single. Their cover of Nick Drake's ‘Pink Moon’ is a total curio, as it sees them drag out the acoustic guitar for the one and only time as Hampson's beatific take on Drake's vocals waft in and out. CD3 takes in the final phase of the band's singles output with 'Arc-Lite' and Mute boss (and uber Loop fan) Daniel Miller's two remixes of said track. It also features the song that perhaps encapsulates all that was mind-blowing about the band. Clocking in at just over ten minutes and on original release taking up a whole side of vinyl, 'Sunburst' is to me the definitive Loop track. Against a slow-building tom tom rhythm and chiming, almost sampled-sounding fuzz guitars, the track slowly builds and builds until the drums are literally bursting one's speakers, and then almost nine minutes in a swathe of wah wah guitar scythes the top of your head off. It’s all there in one skull-crushing song. Truly a mesmerising rush of guitar and drums overload. Loop virgins could do a lot lot worse than starting here.

"I honestly think you ought to sit down calmly, take a stress pill and think things over'. Wise words from Hal the murderously monotone super-computer at the heart of Stanley Kubrick's 1968 sci-fi masterpiece 2001: A Space Odyssey. These words bookend side one of Heaven's End, Loop's debut long player proper, which simply put is a fuzz-drenched psychedelic masterpiece. Originally released in 1987, time (and space) has not dulled the edges of this monumental release. The spirit of Stanley Kubrick's sci-fi epic permeates the album, with a sample of Hal intoning on title track 'Heaven's End': "My mind is going" This is acid-drenched head music and as heavy as hell. The band's late Eighties live shows were claustrophobic, heady affairs. Never ones to play the same song the same way twice, the band had posited the idea of closing venue bars and locking the exit doors whilst they played (loudly!) - there could and should be no escape from their sonic assault. The band demanded your total immersion. Recorded at the House In The Woods, literally a large Edwardian manor house turned residential recording studio set in the hills around Caterham, South London, Heaven's End burns with a focused, compressed passion. First track 'Soundhead' sets out the stall, a frenzied wah-wah work out based around a juggernaut of a riff, with vocals characteristically buried deep in the mix.

The lurching menace of 'Too Real To Feel' slips away in a feedback haze until the bass riff of 'Fix To Fall' brings the album crashing in again. 'Straight To Your Heart' launches with the towering drums of John Wills, whilst 'Forever' pulses with heavily-treated guitars stinging the eyes with lysergic fuzz. Again, CD2 of this re-release brings in extra tracks, various mixes and one almighty Peel Session, ending with the band's take on Suicide's pulsating two-note mantra 'Rocket USA'. Heavens End feels like an album lost in time.

Released two years later, Fade Out, the band's second full length came with the burden of heavy expectations after the success of two high charting independent EPs, Collision and Black Sun, and released after Heaven's End had bought them some level of critical approval. Recording as a three piece again, the album saw the band stretch out and draw in more European motorik elements, coupled with the free guitar squall of Sonic Youth and other US guitar abusers. The aforementioned Black Sun was perhaps the closest the band came to what could be construed as a 'hit', and the summer of 1989 would see the band grace the main stage of the then re-generated Reading Festival. Neil McKay’s bass was here pushed to the front on tracks like 'This Is Where You End', which was built around a Can-like hypnotic riff and interweaving layers of overdubbed distorted wailing guitar. With Hampson's aggressive vocals pushed higher in the mix on tracks like 'Fever Knife' and 'Pulse', the band seemed to be pushing the nihilistic template as far as they could. The banks of crushing guitars on 'A Vision Stain' gradually evaporate in a homage to the one note piano riff of the Stooges classic 'I Wanna Be Your Dog', which segues into the album climax's on the tom tom heavy 'Got To Get It Over'. Again, we're treated to an extra disc of alternatives mixes, demos and various droning guitar loops - an early signal as to what Hampson would experiment with texturally on third album A Gilded Eternity and ultimately where his muse would lead him with the ambient soundscapes of his Main. If anything Fade Out is the only time when perhaps Loop's musical vision is let down by the financial restraints of the studio they were recording in.

The band's final studio album A Gilded Eternity is, to these ears, their masterpiece. Originally released on two slabs of very heavy 12-inch vinyl, stylistically it echoes another of the band's influences: PiL and their Metal Box album.

'Vapour' and 'Afterglow' are mammoth-sounding tracks, with John Will's colossal drums mixed higher as the guitars battle it out. The post punk influences of the Pop Group (whose track 'Thief Of Fire' had got the cover version treatment on the Collision EP) are more to the fore as the band experiment with dub soundscapes, sampling and tape manipulation on tracks like 'Blood' and 'Shot With A Diamond'. 'Be Here Now' is their swan song, an epic riff that harks back ironically to early track Spinning. Lasting nearly ten minutes, it sounds like your speakers are being eviscerated.

The subsequent touring and resulting personal problems would scupper the band just as one felt that their next release would genuinely lead to some musical breakthrough. The band split before the hype of grunge and the musical dead end that was Brit-pop. Nearly 20 years on and with shoegaze getting a critical re-appraisal, it’s curious to see Loop's name lumped in with the likes of Chapterhouse, Ride and Slowdive. Whilst the band possibly appealed to an overlapping crowd, they always seemed more akin in spirit to the generation of US guitar manglers such as Big Black, Live Skull and the Butthole Surfers, as well as more arse-quaking elements from North London.

So over the course of four separate releases totalling nine CDs, all of the above and more is lovingly collected on this superlative re-release programme. It’s highly unlikely that Loop will re-form - like so many others - to cash in on any heat generated by these re-issues. In a way that's noble, as it would be nigh on impossible to re-create the circumstances or intensity of their live work Back to the future and with his Main mission now complete, Robert Hampson is currently still floating, like his artwork alter-ego, 2001s' stranded space pioneer Frank Booth, somewhere in drumless (and guitar-less) space. Long may he run!