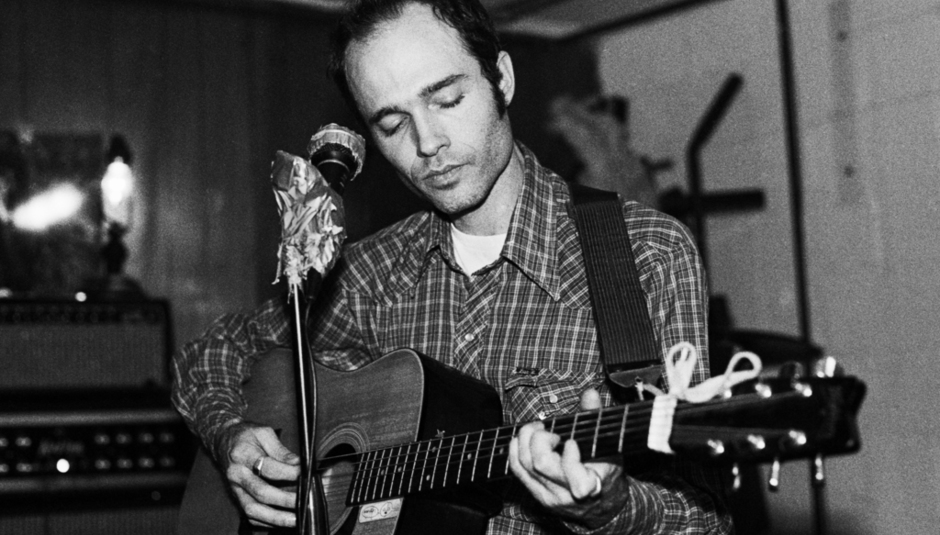 The Drowned-Up: Recent releases that slipped under the radar

The Drowned-Up: Recent releases that slipped under the radar

DiS gets sent an awful lot of mail and, try as we may, we can't find the words to write at length about everything. So, each week (or thereabouts) from now until someone doesn't deliver their copy on time, we'll attempt to rush you through a heap of things we've been sent or been listening to.

In the second instalment, Luke Slater ploughs his way through a whole bunch of goodness, and some badness.

Quite apt to start the round-up with Simon Joyner, probably the ultimate in under-the-radar indie lo-fi geezers. The Cowardly Traveller Pays His Toll is a re-issue from 1994 and he's done like 17 albums or something since then, so to rank it in any leaderboard of Joyner LPs would be hard. It would have to be somewhere near the top, though, because it's so fucking good. John Peel thought so too - he played the whole thing from start to finish on his show. Anyway, it's been re-issued on CD (previously only on vinyl) by Team Love and you can listen to it on Spotify. Racked to the max with crackly acoustic and electric numbers, Joyner's drawl and a melody which is inseparable from the chords he strums, mark out The Cowardly Traveller's fuzzy darkness in more ways than one. (10/10)

A return to form for Owen Ashworth, with his shaky narrative atop Spartan drumbeats yet again being the main draws for introspective indie kids. There's nothing revolutionary about Vs. Children - his first studio album since 2006's Etiquette - more a continuation of what we've come to expect from the big bear. 'Northfield, MN' sees as close to a melody as you're ever going to get with Casiotone, but may just be his single finest moment. (8/10)

O, Sky Larkin. We are sorry for not reviewing your album sooner, and in something which isn't a round-up. Very sorry. We all feel a bit guilty, to be honest, given it's bulging with crackers, stonkers, stormers and chooooons. Seriously. The album actually overfloweth with brilliant 2-3 minute Sleater-Kinneyesque guitar riffs and mammoth melodic hooks. Sky Larkin do the poptimistic in 'Fossil, I', the downbeat guitar-pop in 'One Or Two' and even the moderately raucous in 'Summit', though Katie's vocals keep a degree of ever present sweetness. Best debut by a British band of '09? Probably is so far. (8/10)

The Xcerts – In The Cold Wind We Smile (Xtra Mile)

This is the sort of thing my brother would like. He used to love HIM and had an unhealthy obsession with Men At Work's Colin Hay. He's now graduated to the likes of Biffy Clyro, who are also Scottish and not a million miles away from The Xcerts. The latter unfortunately fall some way short of the Biff'. Guitar-driven; it's tightly produced and balanced with frequent hints being the rockin'est from start to finish. Perhaps it's a bit too anthemic for its own good. That said, you feel that whatever the Xcerts were trying to do with In The Cold Wind We Smile – and indeed whatever they're like live – has been restrained, somewhat short of catastrophically, leaving a collection of songs which are more unmoving and more neutered than they should be. (5/10)

Butcher Boy - React Or Die (How Does It Feel To Be Loved?)

Delightfully pleasant indie-pop from the Glasgow seven-piece, possibly even exceeding efforts on their last record Profit In Your Poetry. The production is perfect and John Blain-Hunt's words (both melodically and lyrically) float care-freely through not quite a sea but a calm lake of guitars, strings, pianos and all manner of accompaniment. That warm fuzzy feeling when something AMAZING happens - React Or Die is strikingly close to the musical equivalent of it. (9/10)

This sounds rather like a band trying to sound like Gomez but not pulling it off particularly convincingly. Dull and dreary country rock numbers scar A New Tide from start to finish, without any of the vigour and bounce of records they made when they were good. (3/10)

The Wave Pictures – If You Leave It Alone (Moshi Moshi)

The Wave Pictures' lyrics have always been their biggest selling point. With turns of phrase like “a sculpture is a sculpture, marmalade is marmalade / and a sculpture of marmalade is a sculpture but it isn't marmalade” - it's a wonder nobody pulled them up on that one sooner – they're one of very few bands where the words are primary, and music almost secondary. If You Leave It Alone is the same. “When the pissed up student girls teased me with the sound of my own name / I thought of you again” is of tear-forming quality, “I cut my hair and you grew yours / there always has to be the same amount of hair in the universe” is, rather not. Certainly less of a start-to-finisher than Instant Coffee Baby, IYLIA retains the weary, heartbreak heavy acoustic indie-pop that makes The Wave Pictures what they are – quite good. (7/10)

The Hours - See The Light (Is Good)

On their first album, The Hours had a song called 'Back When You Were Good'. Now, that's not completely apt to apply it here as I don't think they were ever good, but Narcissus Road wasn't a complete pile of shit. This, on the other hand, is. (2/10)

Perennially straddling the line between boring and blissful, Great Lake Swimmers just about manage to cling to the latter in Lost Channels. Decidedly more MOR than Bodies And Minds, this one has said a big "fuck off!" to stripped-down and not so much embraced as made beautiful love to multi-tracked acoustic guitars and echoes of voices with the result being a sound that seeps into every crevice and cavity slowly and smoothly. Fun for folk fans, but still bordering on boredom at points. (7/10)

Slow-burning slow-noise from Tom Greenwood and whoever he's managed to rope in this time. 6 songs, 40 minutes – you get the picture, really. A sort of meandering, fiddly, droning background noise of a record. Hang on, there's a song under five minutes on in here – a rare one with a melody and backing vocals in 'A Mania'. That and 'Skylight' are the the best moments of a record where such moments are fairly few and far between. Definitely one for a solitary nocturnal journey, this. (6/10)

Think a slowed-down Favours For Sailors, on downers...or something. A soothingly deep voice, big melodies, jolly choruses is what My Sad Captains do best. Moderately jangling guitars, too. Granted, most indie-pop (aside from miserabalists such as Hefner) has that 'Summery' feeling, but Here & Elsewhere is the type of album you'd stick on to soundtrack a boating trip to Regent's Park – or maybe Windemere for those of a Northern persuasion – on a May bank holiday weekend. Female doo-wah-ooh-wah backing pop up occasionaly to reinforce this notion. (7/10)

If you like your rapid guitar pop incredibly whiny and shrill, this is definitely for you. Plenty of caterwauling, plenty of racing guitars, plenty of trebly lead lines, plenty of balls. The drawling vocals can be a bit of a put off when trying to sing-along – if you could even hope to decipher the lyrics – but William's follow-up EP to last year's massively underrated Self In Fiction is a chunky musical nugget. The American Rock (read Pavement) stylings remain, but did Pavement ever use a ukulele instead of a guitar? Surely not. William do. (7/10)