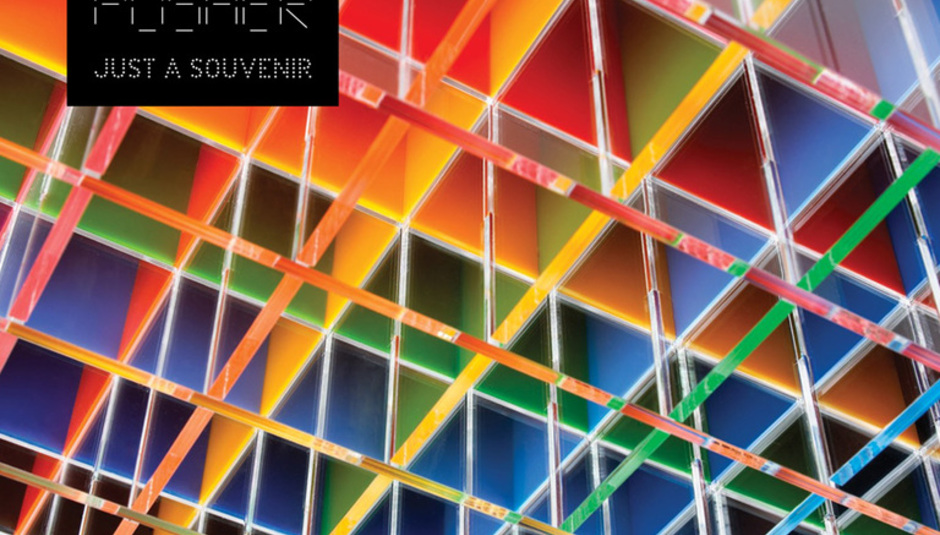 Fortifying his enviable reputation with latest album Just A Souvenir, over the past decade-plus Squarepusher, aka Chelmsford producer/bass guitar abuser Tom Jenkinson, has cemented his status as one of the finest, most intriguing electronic musicians operating today.

Jenkinson is among the main attractions at Ether 09, the Southbank Centre’s annual music festival this year headlined by David Byrne. He plays The Clore Ballroom at Royal Festival Hall tonight (Friday April 24), alongside the very much DiS-approved BLK JKS and Malian spinner DJ Mo. More details and tickets here.

DiS caught up with the Warp Records stalwart direct from a Turin hotel room on his Just A Souvenir tour to find out what to expect and why he used to walk around with a jacket full of cassette tapes...

DiS: Your Ether set is billed as a ‘special’ live show...

SP: Yeah. Special in a sense that this is probably one of the last times it’s going to be done featuring drummer Alex Thomas. I suppose people’s experience of my live shows are very much based on solo-orientated work and I think given the fact I’m using a drummer on this occasion it does lend a degree of novelty.

Is it hard to let your music go, so to speak, working with another musician?

Absolutely. I’ve not been wholeheartedly against it at any point but in practical terms it’s just locating people who are, without wanting to put too fine a point on it, good enough for the job; sensitive to the material and also have a background that’s appropriate. Alex’s background is very varied and doesn’t make any strong distinction between music that’s made using primarily electronic means and more conventional acoustic or electric instruments. That’s a distinction I’ve done my best to blur, erode and interrogate over the years. Alex has a lot of experience playing with a whole variety of groups: Bat For Lashes, Badly Drawn Boy. And Bolt Thrower, the thrash metal group – that certainly lends a digital level of timing and stead to his playing. We’ve made quite a lot of effort to try to recreate, without anally restricting him in terms of playing, parts from the record.

This set is a fair contrast from your previous Ether appearance in 2004, with the London Sinfonietta...

Yes, entirely different. And in my opinion that’s a good thing. It was a fantastic opportunity and a great introduction to the Sinfonietta. Their knowledge and range of repertoire is fantastically broad. It was a tricky one 2004 in the sense that a couple of plans that we had were actually impossible to bring to fruition in the time we had. Thankfully those have led to ongoing projects, which hopefully at some point will be realised. I think this [year’s Ether set] will be a much more wholehearted effort from myself.

Do you know much about BLK JKS, who are also playing tonight?

I’ve heard some of their songs, read a bit about them online. It’s a very thin level of familiarity, but sufficient to indicate they’re a pretty interesting bunch. I’m looking forward to seeing what they come up with on the night. It’ll be an interesting contrast.

DJ Mo, who completes the bill, is a cassette vendor in his native Mali apparently. Your brother, fellow electronic musician Ceephax Acid Crew, blasted out a cassette-only DJ set at All Tomorrow’s Parties a few years ago. Is that something you’d ever turn your hand to?

Well cassettes are still a bit of a mainstay in my musical archive. Partially out of slight resistance to change and update but also they’re incredibly resilient. When I started recording I was using purely cassette. I used to go about with my jacket pockets full of cassettes of all my early tracks. Much as I don’t seem the sort of character to be indulging in self-promotion, at that stage of my career, as an arrogant 18-year-old, I was very keen at every opportunity to play my music at every house I entered. So I remember going about with this jacket full of cassettes. You’d get bits of paper stuck inside the cassette mechanism and they’d still work. You could throw them around. They just never die! Obviously they deteriorate but unlike a digital format, where if you get a glitch on it you actually lose seconds worth of information, on a cassette the likelihood is you just lose a bit of treble and off it goes again. You can’t deny the cassette is a hardy little bugger...

Just A Souvenir played with the idea of a dream of an ‘ultra-gig’. What would your dream line-up be if you were to curate a show?

Crikey. That would take a bit of thought. A few names immediately spring to mind. One of my favourite bands around at the moment is Lightning Bolt. I’d try to get them to play as long as possible. They’re absolute fantastic. Goodness knows what else. I’d be embarrassed by that opportunity. I don’t feel like I’ve been around long enough. I’ve not spent very much of the last 12/13 years listening to other people’s music really. I was a musical magpie when I was a kid, always recording the radio, borrowing records, whatever I could find. I was very much obsessed with music at that age. My career continues to draw on that stored knowledge that I built up when I was much younger. But I have developed a tendency, which is sort of part of the experiment of my career, to try not to get too involved in what is contemporary. I wouldn’t want to sound as if I’m deliberately forcing myself not to have any knowledge of the world, it’s just I find it quite interesting to see what I can do if I shut off those influences.

Has work begun on your next album already?

I don’t tend to work specifically on albums in strictly delineated chunks of time. I tend to have lots of things on the go and then if there’s a group of pieces that seem to have a strong correlation to each other I might switch attention try to develop it as an album. At the moment it’s just a set of ongoing projects which vary from the very overtly harmonically and technically-orientated music right through to projects which really don’t have much to do with at least any conventional notions of harmony.