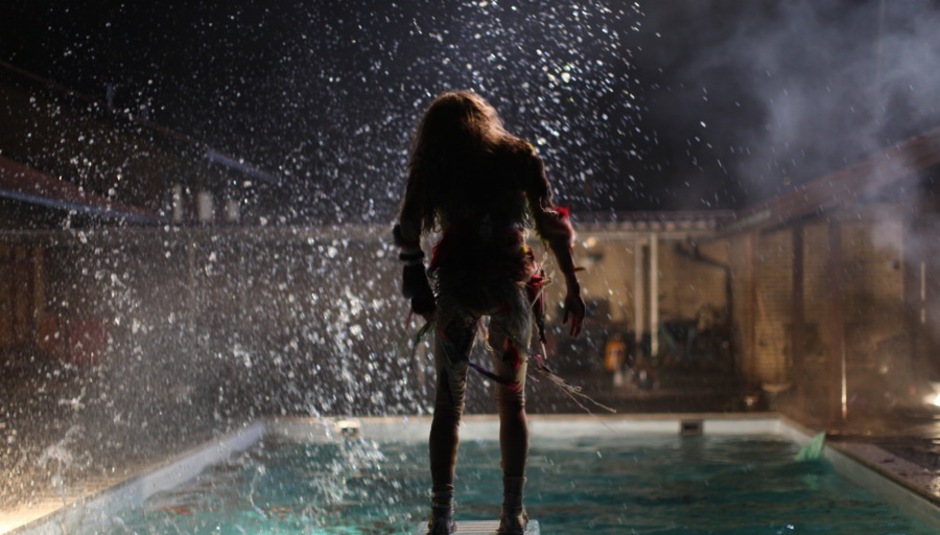 This week, not one, but two records are defined by their cuteness (and sadly only one of them successful). We also make (yet more) shameful confessions of our innately teenage disposition, enjoy some bangingness and are rather unmoved by the grandiose return of Doves.

SINGLE OF THE WEEK!

Dent May and his Magnificent Ukulele ‘Oh Paris!’ (Paw Tracks)

Ooh, look, it’s Dent May, the Animal Collective affiliate the cynics will no doubt find insufferably twee and pleased with himself. But the barbershop-infused ‘Oh Paris’ - despite owing more than a two quid IOU to Nico’s 'Fairest of the Season' and reminding everyone of Vampire Weekend - is, in fact, completely, utterly charming - with Dent betraying a penchant for melody so committed, he seems almost drunk on it. Also, a magnificently cheery video, which starts with him playing the maracas while dressed in a tux and clasping a glass of red wine AND not spilling a drop, middles with him aiming a rifle at a cheap all-in-one HiFi, and ends with him noisily chomping through a massive heart-shaped cookie in the back of a car in the middle of the desert - all for no reason whatsoever. Ukuleles are apparently very now, but all fashionable idiocy aside, this is a real delight.

Fever Ray ‘When I Grow Up’ (Cooperative)

Middlingly good title track from the released-today When I Grow Up long player, this is accompanied by a beautifully spooky promo, in which everything from David Lynch and Gremlins are referenced. Sadly this release can’t quite keep pace with the enormo critical praise lobbed the album’s way, despite some lovely helicopter noises at the end. Declaring herself scary pop’s Alan Titchmarsh, Karin "I’m very good with plants, when my friends go away they let me keep the soil moist" is eventually shown off to full, flowering advantage on the ridiculously named and really rather excellent Encephalitis mix - in which Hakan Libdos stretches it out for six minutes with some tech house boomerangs to echo the ones in the lyrics, stabs of distortion and melting computers, all ending in a triumphantly ‘hard’ finale.

When I Grow Up from Fever Ray on Vimeo.

One can’t help but feel Doves have seen what happened to Elbow last year and fancied a piece of the grown up bloke action themselves. So here is album title track ‘Kingdom of Rust’ - an ambitious, chugga-chugga steam engine of a pop tune which has Misirlou dashes, 50s throwback guitars a la Richard Hawley, and quite a bit of the Neil Hannons in its arrangement and strings, before breaking down to a semi-bluesy workout. It’s all extremely big, though one will to admit to preferring the instrumental - during which I had a lovely flight of aural fancy by imagining The Man In Black doing the vocals instead. Speaking of which, if said instrumental is not used in a BBC montage within the next month, I will eat my crumbling and pathetically flimsy MacBook casing. ‘Look everyone, we’ve done a new MacBook with a metal case!’ ‘Could that possibly be because the ones you made before were as sturdy as an ice-cream wafer and therefore a known fault, ‘Genius’ bar fuckers?’ I’m going to tell Watchdog on them, you know.

With their Sesame street old Joannas, cardboard cut-out Playaway video and cheery cuteness, Berlin’s It’s A Musical simultaneously obey the three minute law, conform to the rulebook of Sweden’s current crop of pop by keeping things impossibly perky and appear to be making a play for a spot on Yo Gabba Gabba. But unlike Dent May, I’m afraid this doesn’t quite convince - not least because this duo, this Ella and Robert, will insist on wearing children’s TV presenter boiler suits, a ‘look’ I have always found terribly sinister. Easy access clothing being, to my mind at least, horribly inappropriate for grown ups making programmes for kiddiewinks. And they make your crotch look gross.

By all accounts a thoroughly lovely chap, I know we’re all meant to find this impossibly affecting and important and tragic and, dread word, human. But if I am really honest with you readers, it provokes in me the reactions of a pathetic teenager, who cannot stop sniggering because Teach has taken her to see some challenging contemporary dance in a metropolitan art ‘space’. I can see that there is much to admire, but I am finding ‘Epilepsy is Dancing’ both in title and execution, completely hilarious. Do tell me to grow up in that withering way which so delights young people, or scroll to about 2:50 in, where there are flashes of some meaningful and arty tits.

While living in Detroit some years ago, I found myself in the disaster area that is known locally as the Motown Museum. A more apologetic and pitiful celebration of one of the 20th century’s greatest manufacturers of sheer joy you will not find - although the bit where you got to see Gordy’s flat and Motown reception was lovely. Anyway, I was told that at the weekly Hitsville HQ meeting, new prospective releases were given a greenlight according to a specific test, which was - would you spend your lunch dollar on a sandwich, or would you buy this record and forgo food? Anything which survived this sandwich-based, benchmark of brilliance got a release, while anything else was cast aside like played-out toy.

This week's singles, like all the weeks before them, were brought to you by the blog-toting, pop-exploring, seven-inch-rummaging ladies from The Lipster. For more whence this came, visit thelipster.com