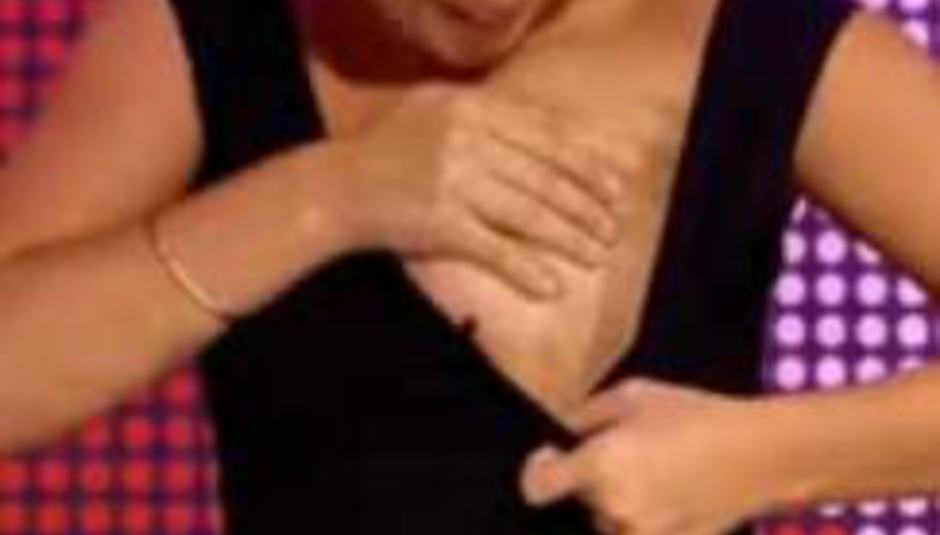 The music industry appears to be back from its long Christmas holiday because there are loads of singles around this week. Most of them are very good indeed. So let's talk about the clever mix of Lily Allen's 'The Fear', a not-so-clever Britney-Diplo 'Circus', Bloc Party's new lyrical atrocity, try-hard mental-lady pop from Ida Maria and the sunny majesty of Sky Larkin...

Single of the week!
Lily Allen - 'The Fear' The Count Saves Lily Allen From The Fear Remix (Parlophone)
Full marks to the excellent Herve for remixing Lily Allen in such a way that it satisfies both the lovers and the haters. 'The Fear' in its original form leaves me all mixed up - I like that she's come back with a bombastic single which is thoughtful about celebrity-as-ambition, and it sticks in my head and doesn't grate like the old singles had started to, but as soon as rich and famous people start warning the plebs about the hollowness of aspiring to be rich and famous, alarm bells go off. The Count's been clever. In picking out the sarcastic "fucking fantastic" line and focusing on that, he seems to be saying, it can be, if only you'd relax a bit and stop worrying.

Bloc Party - 'One Month Off' (Wichita)
On a musical level at least, 'One Month Off' is the most substantial Bloc Party single since 'Hunting For Witches', because it lacks the frosty distance of 'Flux' and 'Mercury' and the flimsy inconsequence of 'I Still Remember'. It sounds like there's a residual desire to please making its way to the surface. However: "When we started this was paradise, not just Bethnal Green"? They always have to spoil it.

Video: Bloc Party 'One Month Off'

Britney Spears - 'Circus' (Diplo mix) HypeM
It's a serviceable remix and, thankfully, Diplo doesn't ditch the amazing chorus, but somehow it still leaves with the impression that, here at least, he's making pop music palatable for people who love the original but would delete it from their last.fm scrobble.

thecocknbullkid* - 'I'm Not Sorry' (Moshi Moshi)
A simple 4/4 house beat and hints of a 'Turning Japanese'-style retro melody add a pleasing contrast to the actually pretty creepy lyrics ("You should know I never sleep when I'm sleeping with you"). It's a million miles more polished than 'On My Own' and the driving beat puts it in the perfect position for what 2009 is all about, or so we're told. Apparently girls with synths are like totally in? (Now out March 9)

First Aid Kit - 'You're Not Coming Home' (Wichita)
What at first seems to be your average country-tinged acoustic indie track suddenly grows wings on the third or fourth listen, on the weight of its dark, world-weary lyrics and the beautiful harmonies that lift them. It's terrifying that they sound this wise and tired at 15 and 18, though.(Now out February 9)

Ida Maria - 'Oh My God' (EMI)
The video-song synchronicity here is spectacular: Ida Maria looks like she's auditioning for a remake of Girl, Interrupted. She's MAD, SEE! Just like 'I Like You So Much Better When You're Naked', it reeks of trying too hard.

Stricken City - 'Don't Spit At Her Face' (demo) free if you sign up
What's so appealing about Stricken City is their rambling charm and that's here in abundance. There's magic in their syncopated heartache and it's only a demo. Well worth swapping your email address for.

Beni - 'My Love Sees You' (Kitsune)
Beni used to be half of Riot In Belgium. Now he is solo and has come up with a very Kitsune, genre-smooshing, 'Rocker'-style Massive Tune. Expect to hear it on the dancefloor, on the blogs and on adverts for T4.

If you have a forthcoming single you'd like considered for this column send it to The Lipster via their SoundCloud dropbox.

Send me your track