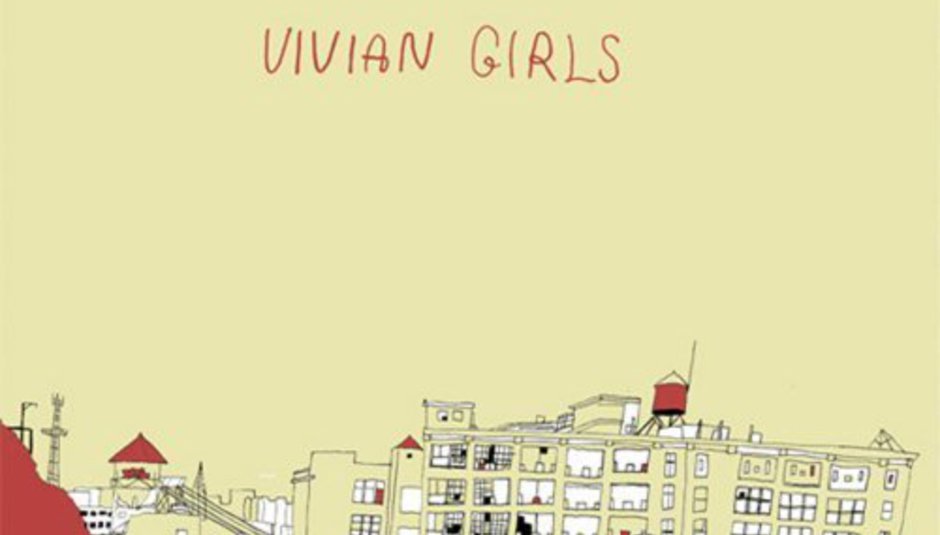 Brooklyn trio Vivian Girls have released one of the most incisively raw albums we've heard this year. Rough Trade seem to think so too, as they included it in their Top 50 records of 2008.

Although still relatively a new band having released just a handful of singles prior to their self-titled debut long player, Vivian Girls are already on their second drummer this year. They're also about to embark on their biggest UK tour to date. DiS caught up with singer/guitarist Cassie Ramone. Your album has been nominated by Rough Trade as one of the Top 50 of 2008. How does that feel?
Great!!! We couldn't be more thrilled.


Did you expect your debut long player to receive such widespread critical acclaim?
Absolutely not. In fact, we were originally going to press only 300. Then Mauled By Tigers Records said, "No, let's do 500" and we were like "Okay...." and then it sold out in ten days and In The Red re-issued it. And now it seems like people really like it which is awesome, but definitely not what we were expecting.


Musically your sound seems to owe a lot to British bands like Talulah Gosh, The Shop Assistants and The Rosehips. How did you first discover those artists and would you say they've had a major influence on the Vivian Girls' sound?
Actually, hardly any. It was more of an accident. I liked Talulah Gosh a lot when I was a teenager but I'd never even heard the Shop Assistants until people started comparing us to them and I still don't think I've ever heard the Rosehips. Our primary influences were the Wipers, Dead Moon, punk bands like the Ramones and Descendents, and girl groups - but with a definite Wall Of Sound/shoegaze aesthetic in mind.


It seems quite a lot of US underground acts are looking across the Atlantic for inspiration whereas a few years ago it was the other way round. Why do you think this is?
I can't speak for any of the other bands in our scene, but almost all of our influences are American. However, there has been a whole lot of great music that came out of the UK in the past few decades, so it would be pretty dumb for all American bands to just ignore the wealth of influences the UK has provided.


Your stage names of Cassie Ramone and Kickball Katy seem to add both a touch of character and mystery to the band. Will Ali be taking on an alias of her own in the none too distant future?
I don't think so. When she joined the band we asked her if she wanted to have an alias and she was like "Ehh..."! Also, me and Katy have both had our nicknames for years and years before the band started and it would definitely be forced and somewhat weird to just make Ali choose a nickname to "fit in."


You're gonna be in the UK for the first two weeks of December playing numerous shows. What can British audiences expect from a Vivian Girls live show?
They can expect it to be rawer and more immediate than the recording. We also have been playing a whole lot of new songs in addition to songs off the album.


What are your plans for 2009? Touring touring touring, a lot of the US and Europe but also possibly Japan and Australia. We will also be recording and releasing our second album in 2009.

Vivian Girls will be playing the following UK shows in December:

Not voted for the People's Voice Prize yet? Vote for Vivian Girls and 49 others at drownedinsound.com/rt50.