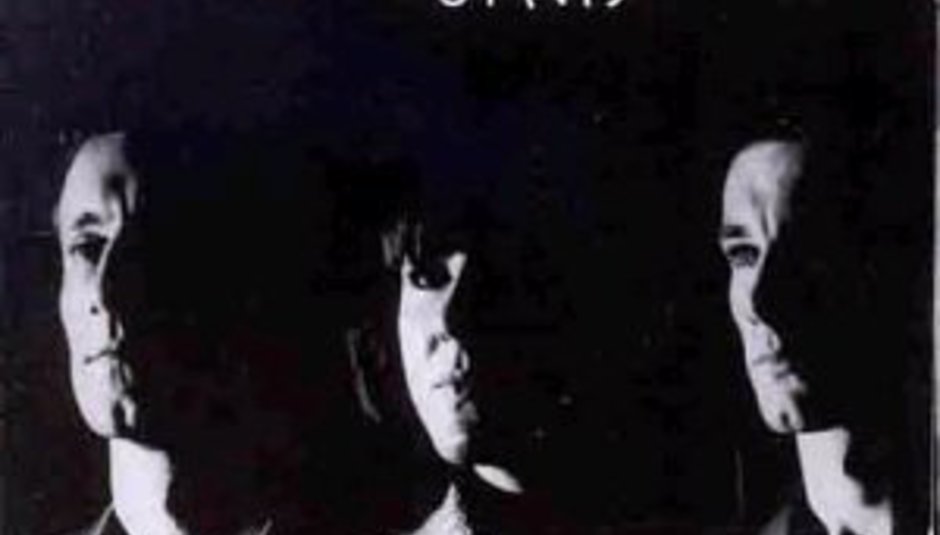 In the context of the present, this is where I’d place Young Marble Giants’ sole album, 1980’s Colossal Youth.

Customary disclaimer: I’m not saying any of these influences are deliberate. Indeed, I often wish they were. Plus, be warned! Colossal Youth is one of those classic ‘lost’ albums that bands love to namedrop – if I had a pound for every time I’ve seen this unassuming, minimalist, spooked, Welsh trio mentioned on a press release the past five years, I’d still be several million pounds poorer than Noel Gallagher. And, invariably, the parallel is unjustified: musicians and press agents seem to use the words ‘Young Marble Giants’ more as a signifier of a certain musical era, or approach, than to mean the actual group. Young Marble Giants were, in no shape or form, twee. Ask Kurt Cobain (oh wait, you can’t). Their music was deeply unsettling, full of dark cadences, Gothic and with way more in common with someone like Joy Division than later peers like Marine Girls. On stage, they looked and felt uncomfortable, drawn to the shadows. The silences lingered. There were so many melodies dancing in the gaps. Singer Alison Statton sang in a curiously dispassionate, disconnected style over sparse, near-disco, drum machine beats about the emptying mining pits of Wales.

When Colossal Youth was first released (on Rough Trade), it seemed to come from nowhere, existing apart from everything around. Young Marble Giants split shortly afterwards, after one final (instrumental) EP. When Colossal Youth was last released (on Domino last year – in a brain-swamping, exhaustively comprehensive, 3-CD package that had me literally drooling when I first gained news about it), it still sounded like it’s come from nowhere, alien. About the only one of the following I’d swear to be true is the first. And even then I’m entirely not sure…

The first Beat Happening album was produced by Young Marble Giants’ guitarist and main songwriter Stuart Moxham. (His brother played bass in YMGs.) That too sounded apart from its age. That too was saddled with accusations of ‘twee’ because – what? It was minimal, didn’t stand on rock ceremony, and boasted the occasional, sweetly disconnected, female vocal. Man. Beat Happening festered in the dark. Is it any coincidence that rock music’s former High Priestess of Dark Courtney Love covered songs by both groups in Hole? Beat Happening songs teetered on the nightmarish side of childhood. Calvin has carried the unmistakable stamp of Young Marble Giants throughout his career – now that he’s solo, he often drops instrumentation down to nothing when performing live – always casting unsettling moods, leaving us hanging in the darkness. So he doesn’t do jazz. That’s OK.

Chan Marshall full well understands the power of allusion; that it’s often better to hint and anticipate than deliver. Less is more. This is only one aspect of Colossal Youth she draws upon, however: much of it was all about the stripped-back, curiously asexual, dance patterns (a distant cousin to ESG): and Chan doesn’t do rhythm. But still: she and Alison Statton share a similar diffidence, studied or not.

Um. I threw this one in there, because you just know these three lasses must have shared quality time over Colossal Youth. There’s no way they haven’t. You can hear it among the abrasion, the clatter – even though Vivian Girls’ straight-up wonderful pop is an enemy of silence.

Oh, come on. R.E.M. were influenced by Pylon and Young Marble Giants and Genesis (Phil Collins era) and (as Ivor Cutler once sang) a punch to the man who says they’re not. Michael Stipe has been vocal in his love. I wish it was more apparent in his music.

Take a listen to the instrumental patterning on the retrospective YMGs’ demos album Singles And Salad Days – the clearest indication of the influences mid-Seventies electronic noise pioneers such as Can, Brian Eno and Kraftwerk had upon the Moxham brothers – and then try telling me with a straight face you’re unable to hear its connection to 2008 Stereolab album Chemical Chords. “Remember the three ‘r’s,” as Salford poet Mark E Smith once remarked: “Repetition, repetition and repetition.”

Forget the Josef K accusations: 'You Could Have It So Much Better' is ‘Ode To Booker T’ (from the Welsh compilation album Is The War Over?) sped up, repeated 13 times and with some of the gaps filled in. No, really.

And thank God for that. Young Marble Giants are the anti-Vampire Weekend.