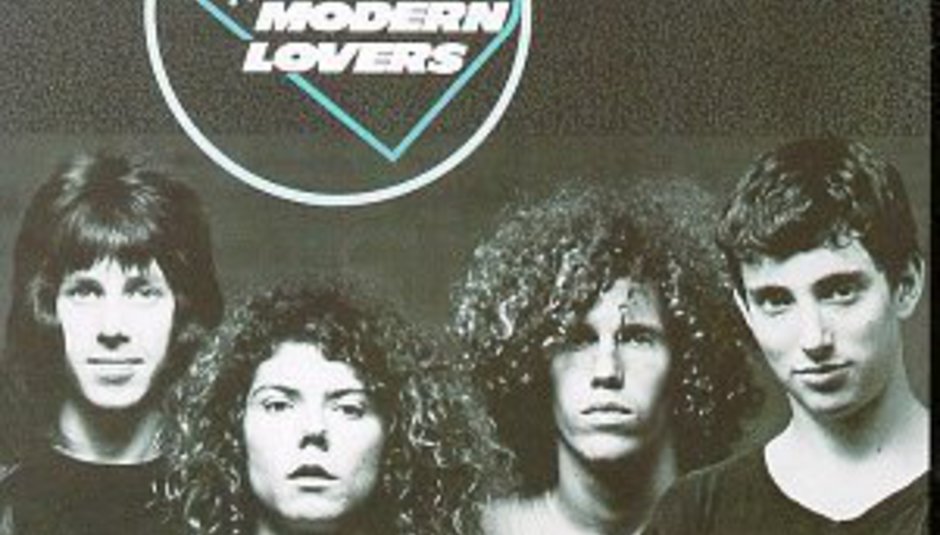 Something old, something new #2 : The Modern Lovers

Something old, something new #2 : The Modern Lovers

In the context of the present, this is where I’d place the classic 1976 album, The Modern Lovers…

Customary disclaimer: I’m not saying any of these influences are deliberate – um, apart from The Wave Pictures, that is, who started life as a Modern Lovers covers band – just that I’ve been around the block several too many times and can hear elements of all music in all other music, and hence have difficulty sorting same. Understood? Good.

Also, please note: there’s considerable confusion over which album is actually called The Modern Lovers – there are about four or five that could legitimately lay claim to its title. Don’t worry too much if you pick up the wrong one. All are classic. For the sake of simplicity, though, please can we take this particular The Modern Lovers to be the collection of demos Beserkley posthumously (don’t ask) released as the Boston, MA band’s debut album in 1976. It contains ‘Pablo Picasso’, ‘She Cracked’, ‘Roadrunner’ and ‘I’m Straight’ – and, despite being gentle, upbeat music, inspired by early Velvet Underground, growing up in Massachusetts, dating problems and classic US rock radio, directly influenced bands as disparate as The Sex Pistols, The Pastels, Minor Threat, Galaxie 500 and…well, anyone who’s ever understood the joy of unpretentious, stripped-back, un-macho rock’n’roll (which counts out The Clash and Oasis then). One part Los Campesinos!
On cursory listen, you might think über-twee Cardiff popsters Los Campesinos!’ effervescent, full-on noise-bounce has little to do with Mr Richman’s admirable restraint and wide-eyed way of looking at the world ('Ice Cream Man', 'That Summer Feeling', et al). Listen again. Who do you think single-handedly invented the ‘International Tweexcore Underground’ way back in ’74 (and without whom, The Pastels, Pavement and a thousand others would have existed in entirely different forms)? “When I was a child, I spoke as a child,” some dude once said, “but when I became a man, I put away childish things.” Uh-huh. Not these days, they don’t.

Three parts Herman Düne
It’s not like David-Ivar and Néman deny Modern Lovers’ singer Jonathan Richman’s influence. In fact, they embrace comparisons with a wholehearted fervour. You can trace his genial, good-natured observation, and adoration for the sweet Sixties harmonies of girl groups like The Shangri-La’s and The Ronettes, all over the Düne’s 2007 album Giant (particularly at the start of the horn-sweetened ‘Take Him Back To New York City’) and their forthcoming Next Year In Zion. “It’s all done in a very natural way, I hope,” explains David-Ivar. “If someone’s heard Chuck Berry for the first time, they’re not going to play the guitar badly deliberately just because Chuck Berry was a good guitar player. They’re going to draw influences from him.”

Three parts The Wave Pictures
Their titles give the game away, even before you hear The Wave Pictures’ genial guitar solos and eloquently-phrased lyrics: “We Dress Up Like Snowmen”, “Happy Pancake Day”, “Just Like A Drummer” or “Instant Coffee Baby”. This is pure Richman territory: slightly naïve, always hopeful, but tinged with regret and an adolescent yearning that never quite fades. Drums aren’t seen as a challenge. Silence is utilised as a fourth – or fifth – instrument.

Four parts Jeremy Jay
Some artists, you feel it’s impossible to have friends who don’t dig them. Mr Richman, for one: that debut album is sharp (in a way that his latter material never quite matched), anti-establishment (see the hippie-deriding 'I’m Straight', written at the start of the Seventies), poignant and recorded on virtually no budget – much like most of the greatest rock’n’roll (debut Nirvana, White Stripes, Animals, Beatles, etc). New K signing Jeremy Jay – from Angel Town next to Larchmont: blonde, handsome and wants a cat for his apartment – sings, echo - and fuzz - and silenced-drenched like forgotten Eighties teen sensation Ziro Baby of The Tronics: that is, three parts Jonathan Richman, one part Buddy Holly and one part Richie Valens. And the surf guitar on this debut A Place Where We Could Go was probably recorded for three bits and a pepperoni pizza. It doesn’t make it any less than incredible, though.