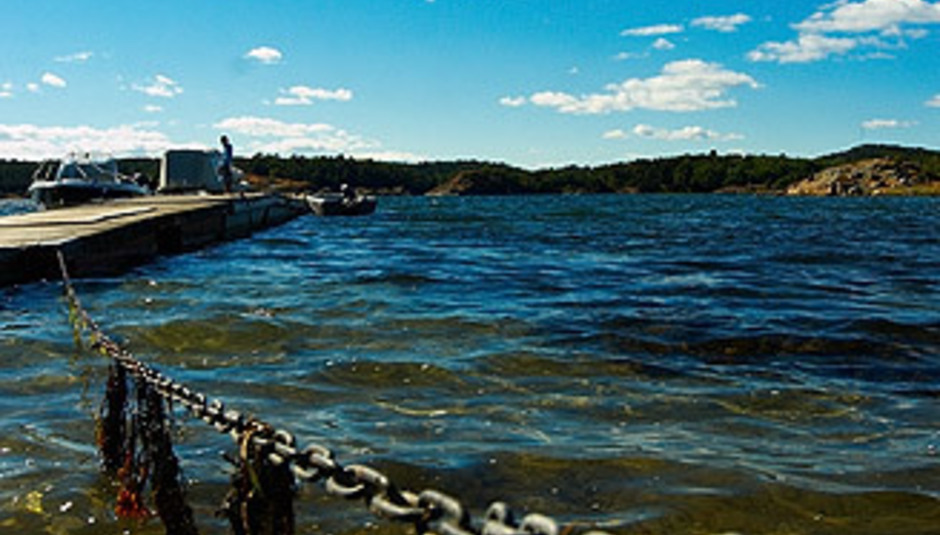 _DiS is in Norway for the second Hove Festival - find our coverage of the first here. In our second diary entry from the site,* Alex Denney* brings us word on the disappearance of Crystal Castles, the frustration of Stars, and the general awesomeness of Hercules & Love Affair.

Read our diary of day one as penned by Sam Lewis here. _

Day two’s a chequered affair, all told, though not without its pine-scented highs - villains of the piece are undoubtedly Crystal Castles, further cementing their panto baddies’ role in the electro firmament with a second no-show of the festival (Ethan Kath has a sore throat, apparently), already having bumped Deerhunter down the bill so that DiS only catches the arse end of their set. Still, I am eating a Cornetto. And Deerhunter are fricking great.

Earlier on and our music journo sitcom gathered pace aplenty - about four knots, to be precise - with a marvellous boat trip halfway round the island to a Viking graveyard. We remove our hat and horns respectfully and turn back, the mood sombre and one NME writer moved to womanly tears. Back onsite and at the canteen I’m already running out of cheese and ham permutations to chow down on - might be time to splash the cash on a luxuriant burger or somesuch culinary delight soon, perhaps. But anyway, the bands - Stars play to a tenth-full main stage and make no mistake, they are none too pleased about it, Torquil Campbell taking time out from his flaccid AOR shtick to announce that this would be the band’s last-ever Norwegian show and make enquiries as to the whereabouts of the audience that is rightfully his. “They must be having sex in the forest,” he concludes. Yes Torquil, we’re all having sex. Behind your back.

Meanwhile Avenged Sevenfold drum up all the questionable enthusiasm of an SS youth rally as the amphitheatre is transformed into a seething cauldron of carefully-marshalled angst and raised fists. They are bewitchingly awful. But just when it seems the festival’s spell might be wearing off we realise Hove’s retracted a bony fist only to bring it slamming back into our faces for a knock-out one-two in Hercules & Love Affair and Vampire Weekend. The former, in particular, are awesome - an expertly judged blend of the cool and impassioned to set the twilight reeling, with Nomi the sexy stand-in for Antony Hegarty’s vocal histrionics. And speaking of twilights, the sun doesn’t really go down round these parts at this time of the year, it just sort of skims along the horizon, but it’s as dark as it’s going to get and we’re in sore need of a party. Who can we turn to at this strange hour? It’s only sodding Crystal Castles again, popping up as the unlikeliest of saviours with a DJ set deep in the pines that keeps us cavorting into the long into the night. God bless you, Crystal Castles. Tomorrow: more news and views from Hove Festival 2008. Find the fest’s official website, where you can see who is playing where, and when, here.