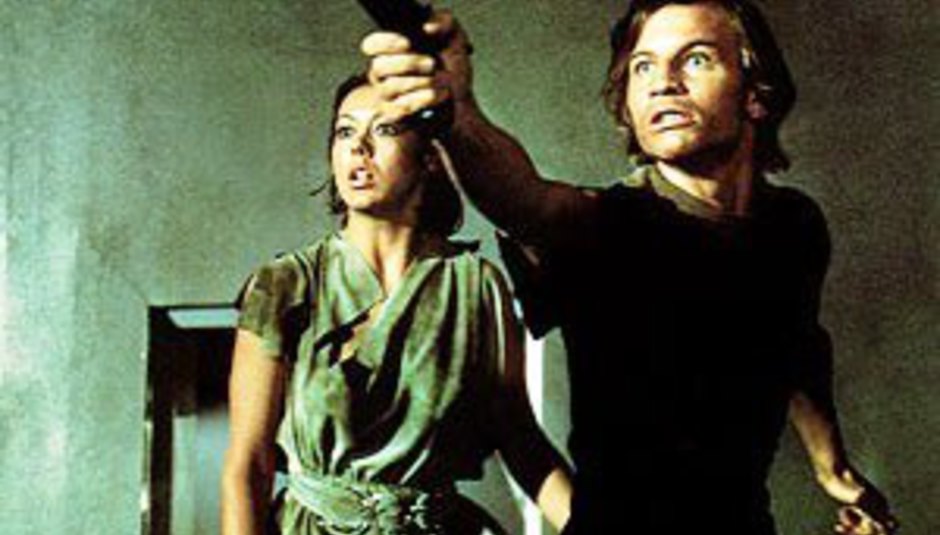 DiS Missive: Punks, critics, and why not to trust anyone over 30

DiS Missive: Punks, critics, and why not to trust anyone over 30

DiS Missive: (noun) An article expressing a singular and very personal opinion, focusing on music and music-related matters, published on this here website. An opinion like, for example: “I think The Verve are a bag of shit.” As such, this opinion is not a collective one, held by the whole editorial team – DiS does not necessarily endorse the viewpoints expressed below and encourages readers to accept them as coming from the perspective of a single contributor. Thank you.

It’s easy enough to see how punk has ended up as such a common reference point for music writers of a certain age. Assuming that you were in your late teens when piece-of-shit bands like The Slits and The Rezillos were clogging up the charts, you’d now be on the cusp of your 50s, and presumably in as powerful a position as you’re ever likely to get writing about pop culture. Punk is also a genre that has signposted and slapped a blue plaque on all of its marquee moments – The 100 Club, Bill Grundy, that one junkie stabbing his missus – so any retrospect article easily writes itself without you needing to explain anything. And the majority of the genre’s protagonists have stayed alive long enough to be more than available for any Mojo: Punk Legends special publication articles that you’re being paid 30p a word to write. Yep, if you’re a middle-aged music journalist, punk’s been pretty good to you.

For the rest of us, however, it’s not been too helpful. I don’t mean as a musical style either: The Damned’s ‘New Rose’ was a straight-up heater, but then the genre mainly threw up 18 years of unlistenable garbage until ‘Self Esteem’ dropped. No, my beef is with punk as a superword, as an idea, as a concept. There’s a tacit acceptance amongst music writers that punk was some kind of musical Red October, an audio-revolution that every other subsequent cultural movement has to be measured against. This, as an idea, is at best fucking retarded, and at worse severely damaging.

The best way to demonstrate is with examples. One writer, The Guide, February 16, pontificating on the difference between sampling in the days of Steinski’s block parties, and the Girl Talk/Hype Machine era: “Two record decks and your dad’s old funk collection was once the working-class black answer to punk”.

Consider what is being said here. There are two types of sampling to this scribe: one that he sees worth in, and one that he’s proffering the Gas Face to. The former is ‘punk’, the latter isn’t.

Ignoring the obvious point here that if you can afford two direct drive turntables, a mixer, high-end headphones, a 150-watt amp, and around 500 LPs (plus storage space and transportation for them) then you’re not exactly so hood, this statement begs the question of why hip-hop has to answer to punk in the first place?

We could run at this with facts, easily. The first concrete examples of what we would now recognise as hip-hop precede any form of identifiable punk (in fact Pigmeat Markham’s ‘Here Comes The Judge’ was a top 20 single in America before the MC5 even formed). Punk has never been a major fixture in chart music for anything over a two year period in its history (‘77-‘79, ‘94-‘96), as opposed to hip-hop’s now 30-year reign as one of the world’s top selling musical genres. Hip-hop has been a major documenter and agent of social and economic change for three decades, punk is a t-shirt worn by Agyness Deyn. So, for sure, the sampling culture that gave birth to hip-hop is the black working class answer to punk, in the same way that Lionel Messi is the Argentine answer to Jimmy Bullard.

Then there’s ghouls like Alan McGee or Jim DeRogatis, who every time some pop cultural notary carks it – examples are many; insert your own obvious ones here – run up on the scene like Pheidippides, desperately seeking a passing hack to whom they can declare said cadaver the “original punk rocker” to, as if a man’s life is somehow worthless unless he somehow helped pave the way for Spunge.

But it’s the hacks who are the real villains here, as a rule if anything is wrong in music it’s the fault of music journalists. And certainly, on one level, it’s funny to see some dude from 2006 hit his deadlines and word count by declaring grime (ask your grandparents) the “British urban answer to punk” (click, the key line:_ “whether or not grime is remembered as just another short-lived craze could rest on* Lady Sovereign*'s success”_). But it also means that we’re not going to make any real progress because we’re being hamstrung by a wallet-chained Sealed Knot of middle-aged white guys who want us to repeatedly relive their teenage summer of ’77 over and over again, because God forbid any subsequent generations come up with their own methods of enjoying themselves. And if you’re gonna call one guy out as representative of this malaise, then Steven Wells is #1 on your list.

Look, I’m not setting out here to play Kimbo Slice, the chunky, unsophisticated newcomer providing giggles by wailing on clapped-out ‘90s throwbacks incapable of defending themselves, but sometimes you gotta holla.

For our younger readers out there, Steven Wells was an NME journalist in the late ‘90s who was down for some CHALLENGING OPINIONS every now and then. (He now contributes to DiS sibling site theQuietus.com.) Most of the bands he went to bat for at the time were, yes, ‘punk’ to him (Asian Dub Foundation, Daphne and Celeste, Dandy Warhols), and all of whom now can elicit “Haha, shit, people really used to listen to that?” responses when raised in polite conversation nowadays. He was a writer of his time: if he’d have been a fashion journo he’d have been telling us that Zubaz were punk, if he was a film critic his favourite actor would have been Ethan Hawke.

Anyway, it’s 2008, and it’s like Victorian Dad out there with this guy. Seven of the last 20 articles he’s written for Comment Is Free focus around the idea that ‘punk’ is something we should all actively seek to aspire to, in lieu of actually having any original thought processes.

OK then, punk. What’s punk Steve? Well, apparently skanked-out alt-porn models grinding on each other, and we all know what an egalitarian workers’ cooperative the Suicide Girls and their ilk are. Being a fan of the pro-wres ever since I was seven, I always assumed that indie wrestling was a world consisting solely of wife beaters, cokeheads, and Born Again Christians (in the case of deleted on legal advice, all three), working for a motley crew of rape porn pedlars and guys caught in online child molestation stings. But no, apparently it’s punk. “Urban bike polo” _is also punk apparently, despite the fact what he appears to be discussing (hipster drinking Pabst Blue Ribbon whilst engaging in faux-extreme sport) appears to be a Vice _intern’s wank fantasy circa July 2005.

The man has written (at least) four articles on The Sons of Ben, a group of American (association) football fans who are eagerly awaiting the arrival of a soccer franchise in Philadelphia. Now, remember that franchising (and indeed Franchise FC) is possibly the single most despised feature of the game by committed English football fans, what is Stevie’s take on all this? If you think it’d be to call them_ “soccer punks”, award yourself a gold star. Apparently by willingly accepting, and indeed propagating, one of the major evils of modern day sports, these people are somehow _“triumphing over the Disneyfied McFan experience”. These aren’t the thought processes of someone who has any idea of what is actually going on. These are the thought processes of the kind of person who, after watching Supersize Me, went_ “Oh my god, that’s terrible. From now on I’m only eating at Burger King”_.

Elsewhere, in a piece about Maxim magazine giving Nas’s _Nigger 2.5 stars out of 5 without ever having listened to it, Stevie Boy decides that the racial connotations of such an act aren’t really of any interest, and instead decides to have a go at* The Black Crowes *for propagating_ “mouldy old retro schtick”. Word to Littlejohn, you couldn’t make it up. Reading Steven Wells in 2008 is kinda like a perpetual loop of the _“Can’t you go five minutes without humiliating yourself” _scene between Abe and Mr Burns in the ‘Curse of the Flying_ Hellfish’ episode of The Simpsons, except with a pair of falling trousers replaced by someone going “B-b-b-b-but... The Ramones!”_

The depressing thing here is that I’m not clowning one lone lunatic clinging to the past, desperately trying to force his past on every subsequent generation. No, there’s a whole phalanx of Wellses in music criticism, men in their late 30s, early 40s, dictating the pace of debate, and none of them are going to be happy until every single development in humanity is graded on a scale of 1 to 10 Strummers. Someone needs to check out what punk’s answer to Logan’s Run is ASAP.

DiS Missive is our column featuring a quite singular opinion in every irregular edition; expect subjects to be tackled which regular features and reviews can’t touch, and for that grain to be gone against in the name of just because.