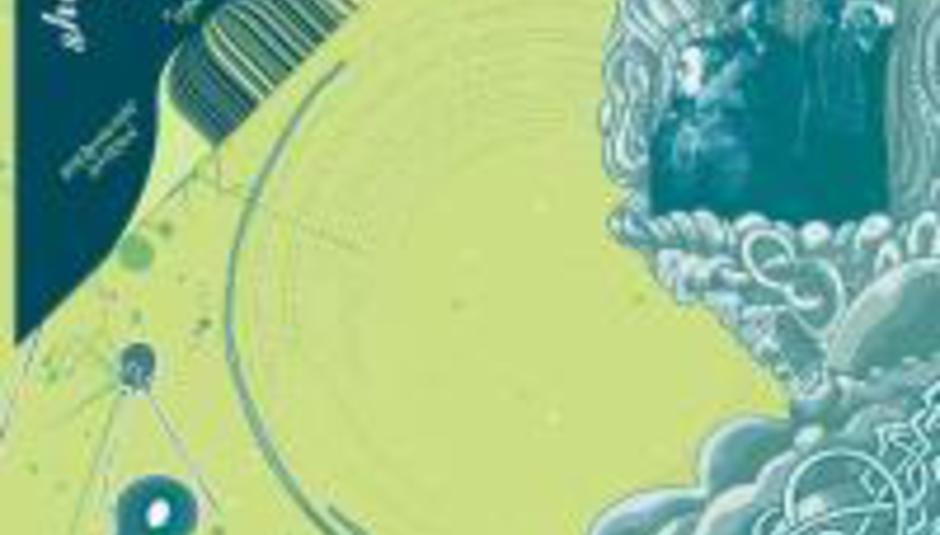 Shape Of Broad Minds – ‘Opr8r’ (Lex)
Given Dungeon Family’s seedy output has recently dried up and OutKast have been pulling in different directions in deciding where to rub their Stankonia stink for a while, introduce yourself to Shape Of Broad Minds for a slice of effortless southern schizophrenia.

Roll call? Jneiro Jarel, Jawwaad, Rocque Wun, Panama Black and Dr Who Dat? are SOBM and all contribute to pitch which disorientating route debut record Craft Of The Lost Art (review) should attempt to pull down. But, other than Jawaad, this lot are no more than a figment of Jarel’s imagination, as the Brooklyn beatnik puts on one the finest pantomime performances in recent memory, dropping masks and changing personas as crooner Khujo Goodie looks on at the madness. Amid the tin-pan chimes, flamenco piano flurries and slovenly G-funk sits ‘Opr8r’, barely even there. It’s like a noxious gas making its way through your skull, recalling the psychedelic turn of Big Boi and ‘Dre on ATLiens.

With its wheezing fits and starts of paranoid southern funk re-imagined on the Collie Park remix sat beside a second take of album gem ‘Let’s Go’, with MF Doom letting off ever-inspiring bouts of comic-book rap, this is solid and subtle.

Too often on other occasions Jarel tries to be too clever. This, though, is liquid.

No video is available, but check out the track and its Collie Park remix on MySpace
- - -

No Age – ‘Eraser’ (Sub Pop)
From the impenetrable slew of noise coming from LA’s suburbs over the last few years, No Age’s pot-marked amalgamation of teenage angst and anesthetizing drone is the cream of the crop. Whilst a good dose of Randy Randall and Dean Spunt’s forthcoming debut record proper, Nouns, sees the unassuming stadium rock of Dinosaur Jr. rubbing up against the noise tendencies of Growing, ‘Eraser’ is a modest stomp, like a blitzkrieg jig. Picking at equal parts Butthole Surfers to My Bloody Valentine, this would’ve been a shoe-in for Single of the Week were it not for being eclipsed by the rest of Nouns. Truly sonic youth.

Kode9 & the Spaceape – ‘Konfusion’ (Hyperdub)
Dubstep scrubberboy Kode9 has long been sat in the shadows since his pioneering foray with ‘Sine’. As opposed to critical darling Burial, the Glaswegian lays a far more conventional path with the same juggernaut basslines that make the genre better to listen to than dance to. ‘[vox]’ has the Spaceape rolling his tongue round its lolling beats whilst ‘[dub]’ is as unnerving as recent ventures (‘Magnetic City’). Despite the success of ‘Night’ and critics celebrating Untrue with their arms round Benga, dupstep and its skulking beats are bound to remain in the shadows of the mainstream, and is all the better for it.

The Last Shadow Puppets – ‘The Age of Understatement’ (Domino)
Taking David Axelrod and Scott Walker as influences but failing to not sound like a collaboration between a pair of rapscallions of Arctic Monkeys and The Rascals fame, The Last Shadow Puppets sounds like Alex Turner (with Miles Kane) is deliberately trying to wind up Enemy urchin Tom Clarke, as the Monkeys vocalist turns his nose from the fag-and-hag focus of old for something with a whole new bravado, driving around in tanks on the video, no doubt to their neighbouring castles. Dapper, if not just ‘Brianstorm’ with strings.

Video: ‘The Age of Understatement’

Plastic Little – ‘Get Close’ (White Label)
On the other side of the coin to the grace of SOBM are Philadelphia collective Plastic Little, effectively a huge ‘why?’ on the smug face of music. In a week that also sees Kanye West manage to release a record, ‘Flashing Lights’, that isn’t just a lift from elsewhere with no accredited sample pinned to its hind (and so deserves some applause), this abomination is also released, with some lumbering raps sat over a straight play of The Cure’s ‘Close To Me’. But rather than any of the engrossing pining Robert Smith puts up on the original, these oafs are bristling with confidence announcing the charming hook line “Get close, I wanna talk about my bone with you”, sounding like they’re gathered round comparing cocks with each other. Heralded as relevant for their DIY roots, sometimes that’s just mandatory for acts to get their shit released. Towards the end inspiration truly runs dry, with repeated lines bandied around like your dad reiterating a joke over and over again at the dinner table because he thinks nobody heard through the chatter. They did, they just hate your guts.

Kap Bambino – ‘Save’ (Alt < Delete)
With its gurning punch-drunk beats, this is the same glorious gutter roll that has left East London’s neon-clad community in fits the last couple of years. Hailing from Bordeaux, duo Orion Bouvier and Caroline Martial sweat out a jabbering glitch fever as revellers come and suck beads of sweat from their brows and grind their teeth like mules.

Portishead – ‘Machine Gun’ (Island)
Everyone got glimpses of what Portishead have been listening to on their break away when they curated ATP’s Nightmare Before Christmas weekender. SunnO))), Silver Apples and Autolux are all present here for this shuddering bootstomp, sounding like it was recorded in a Berlin mineshaft. But, for all these sources of inspiration, far from their trademark archive hip-hop after six kegs of scrumpy, ‘Machine Gun’ is like having your head trodden into the ground as Sarah Connor bawls away beside you, closer to plagiarising The Terminator’s title theme than anything else. That said, Beth Gibbons sounds more like Edith Piaf nowadays. Either way, dressed up in a new frock, it’s all fairly befitting. Trip-hop is dead. Long live drone-hop.

White Williams – ‘New Violence’ (Double Six)
Many will have had a picture painted of life on the streets of Baltimore that doesn’t quite match up, with the lunacy ventures of the Maryland city’s deranged avant-garde and its Wham City cronies significantly contrasting the world depicted in HBO masterpiece The Wire. It’s difficult to imagine Dan Deacon crossing paths with a gun-toting Omar on his way to buy sweets. Joe ‘White’ Williams is another Baltimore babe, but far more happy to tow a more conventional line. No revelations here, other than just repeating that ‘New Violence’ is the best slice from album Smoke, a track that entangles the faux-pop pretence of Roxy Music and Ariel Pink with the driving proto-punk of Neu!.

Malcolm Middleton – ‘Blue Plastic Bags’ (Full Time Hobby)
Given borderline alcoholics are usually drawn to Malcolm Middleton, it’s of little surprise that here the ex-Arab Strap miserablist is again with ‘Blue Plastic Bags’ sympathising with you, almost willing you to spend your weekdays eating jelly out the packet and drinking Kahlúa through a straw. But rather than Middleton’s previous tendency to languish in satirical self-pity this outing picks up as the usual moroseness from the Falkirk troubadour builds to teary string crescendos to the point you feel there’s nothing to do but open another can of your good friend Frosty Jacks.

Jamie Lidell – ‘Little Bit Of Feel Good’ (Warp)
Given Jamiroquai’s current hiatus someone had to write spineless funk-lite. People love this bespectacled Lothario when they should be getting massaged by Cody ChesnuTT’s perverted husk.

As always, other singles are available from today in your local stores and online places what stock such things. But if they’re not here… we didn’t listen to them. Time is money.