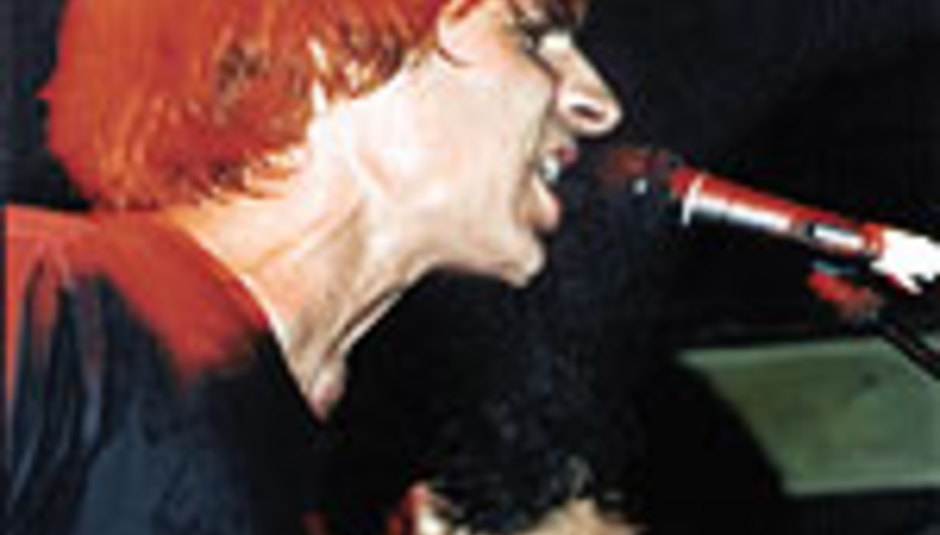 "I jumped into the crowd, threw a few drunken waterlogged punches, and got back on stage…"

"I jumped into the crowd, threw a few drunken waterlogged punches, and got back on stage…"

So here are the questions. You are best known for your lead role in Seattle's finest; Mudhoney, however you have also been involved in many other musical projects with people from other world cities. From your experience is there any obvious differences in the way people approach writing music and performing live gigs in different countries?

Arm: I haven't played with that many people from different parts of the world. I have been, and am, in bands with people from Texas [Tim Kerr], Australia [Martin Bland, Guy Maddision, Renestair EJ], and Seattle [too many to mention]. I think that any differences in the way these brilliant people approach writing and performing has less to do with where they are from than who they are.

Probe: How do music scenes differ in different parts of the world?

Arm: That's a huge question which I don't feel qualified to answer. The easiest way to judge such a thing from a distance is to listen to recordings from different places. The best way to answer this question would be to live everywhere all at once. I have yet to figure out a way to do that.

Probe: OK, How differently do audiences behave/react at gigs in America compared to the UK?

Arm: London audiences have got a reputation for standing off, and being hard to win over. Have you found this to be the case?

Probe: Yeah I agree, I think audiences over here seem to be much more conscience about actually being there, and unfortunately don't give the bands the response they would like.

Arm: It's been a few years since I've toured the UK, but Monkeywrench played London in 2000 and Mudhoney played there 1998. Those shows were a blast and the audiences were great. London was very good to us from the first time Mudhoney played there. I guess that's because the hype was on our side in '89.

The toughest show we played recently was in Belo Horizonte, Brazil. The rest of Brazil was great, but this show was pretty frustrating. It's the hometown of Sepultura and all the kids wanted to do was stage dive. They were stage diving between bands. It didn't seem to matter who, or what, or if anything was playing. It got pretty ugly.

It used to be that audiences in each town had their own special way of enjoying the evening's entertainment. Things have become much more homogenized since the mainstream press and MTV began paying attention to what was once the underground.

At this point, Seattle audiences are fairly standoffish. It used to be one of the wildest, loosest places to play but that all changed in the early 90s. All of a sudden there was this proliferation of jocks and numbnuts at the shows. Of course they'd mosh and stage dive 'cause that was what they'd learned on MTV. Now no one hardly moves for fear of being lumped in with the morons who've long since dropped out to follow some other fashion trend. I don't miss moshing and stage diving, but I'd like to see the loose-limbed kind of dancing this town was known for. Everyone, boys and girls, would just roll around on top of each other grinning. I guess the combination of booze and MDA had something to do with that.

Probe: Loose limbed… nice. I believe 'The Lurch' was the London-based equivalent. Changing the subject slightly, Mudhoney were one of many bands on the recent Sub Pop Kinks cover compilation 'Give the people what we want'. American bands play a big part in the shaping of alternative music in the UK. How is British music perceived in America and what part has it played in your own musical career?

Arm: Besides the Kinks, I like Hawkwind, Discharge (before they got too metal), the Country Teasers, Jimi Hendrix's British rhythm section, the works of Billy Childish, The Groundhogs, Motorhead, The Alchemysts, The Pretty Things, The Creation, The Heads, Pink Floyd up to Ummagumma, certain aspects of the Who, The Swell Maps, The Fall, Television Personalities, much of the '77 punk stuff and a few of those punk bands who just missed the boat like the Users. Unlike Steve and Tim, I get no entertainment (or anything else) from Sham 69 and The Cockney Rejects. I'm currently playing Beggars Banquet, Let It Bleed, Sticky Fingers and Exile On Mainstreet on random. There's tons more, but I think I should stop being so positive for a while.

In the 80s I viewed most of British post punk /indie /whatever with the same distain as any mainstream 80s outfit. I'm really not that familiar with what's going on in the UK, but I think Radiohead is bullshit. They've got the worst aspects of Pink Floyd and all the pretence of Emerson Lake and Palmer. Oasis, Pulp, Primal Scream are as lousy, dull and silly as The Smiths, The Cure, New Order, The Cult, Gary Numan were.

There are tons of crappy American bands as well, but since you didn't ask about them, I'll avoid the subject.

Probe: How has your approach to writing/recording changed throughout your career?

Arm: That sort of changes more with who I play with than what decade I'm in. With Mudhoney and Monkeywrench it usually works out that some one brings in some music, a riff or most of a song and I put words to it and we work on some arrangement. There was a time in Bloodloss when the four of us could start out with nothing and within minutes pull some amazing shit out of thin air. Unfortunately we lost that with Ren's decline.

Probe: What is your most memorable live experience?

Arm: Getting crowned Queen of the world by Nick Cave in Rio during Carnival last year.

Arm: This is pretty much word for word from an interview I did with Bob Bert's BB Gun fanzine because I just can't tell it any better: I had this horribly embarrassing freakout/tantrum 10 minutes into our set in Nijmegen opening for Sonic Youth during our first European tour. Earlier that day, Steve sliced open his palm on a broken car antenna in Hamburg. After he got out of the hospital it seemed like there was no way we were going to make the show. I hit the vodka with Dan and Matt during the frantic drive.

This was our third or fourth week of a nine week tour. We only knew 12 songs, which went over very well in England [where the Sub Pop hype machine was working its voodoo]. The continent, especially Holland, was a different story. Since our booking agent was from Holland, we played 14 shows there. Fourteen shows in a country that takes three hours to drive from North to South and two hours to Drive from East to West! We arrived at the venue 10 minutes before we were supposed to play. I wish we'd gotten there 15 minutes later. I was drunk and freaking out over Steve's hand and trying to make it to the show. The tour seemed like an eternity and we weren't even halfway through it.

The next thing I knew, we were on stage in front of hundreds of Dutch people politely waiting for us to finish so they could see Sonic Youth. Well, I was having none of that. These motherfuckers were gonna rock if I had to beat up everyone in the place. I jumped into the crowd, threw a few drunken waterlogged punches, and got back on stage. No response, except maybe confusion, so I cursed 'em and stormed off the stage expecting my boys to follow. They didn't. They were as baffled as the audience. So I'm backstage. They're playing the rest of 'You Got It'. Then they go into 'Need'. I'm thinking, "Great, they're gonna play the rest of the set without me. I could stay here like an ass, or I could go out there like an ass and continue on like nothing happened." After they played another song, I sheepishly went out and joined my band. Did I mention that Steve played the whole set sitting down with a big 'ol bandage on his right hand? It must've been a strange show to watch. Nijmegen never invited us back.

Probe: What words of wisdom can you offer to young bands?

Arm: Play what's in your heart and head without thinking about where it's going to take you in terms of popularity. Never second guess what an audience might want. Don't worry about being cool or accepted. If you find yourself caught up in some bizarre out of control trend, take some business classes and always be straight up with your taxes.

Probe: I couldn't have put it better myself. How can small UK bands get their music heard in The States?

Arm: God that's a tough one. I'm not sure how small US bands can do this. Your best bet, I suppose, is hook up with an American label who loves the shit out of you.

Probe: Independent media and resources such as community radio stations and free press in Britain leave a lot to be desired. How strong is support for non-mainstream music at present in America?

Arm: There are little pockets of support scattered around the country (and world, I suppose). That's what makes it non-mainstream. Some college radio stations have a clue, some play what they are fed by the big labels. There are fanzines everywhere as well. Some are well-thought-out, funny and in tune, while others are a waste of paper. This country is huge and very spread out in comparison to the island you call home. Sometimes I'm surprised that word gets around at all.

Probe: And finally, what projects do you have in the pipeline or the future?

Arm: We should be done with a new Mudhoney album by the end of April. We've got seven songs recorded. Three new songs that we're recording at the end of this month and we'll probably record a few more in March or April. We're recording a few songs as we come up with them with different engineers in different studios to give the record even more sonic variety.

There are also eight songs Monkeywrench recorded in Texas last May. We just need to write and record a couple of killer tunes and we've got a new album. Unfortunately, with Tim living in Texas, the logistics of getting together are a bit tougher.

Probe: Absolutely brilliant! I look forward to both…