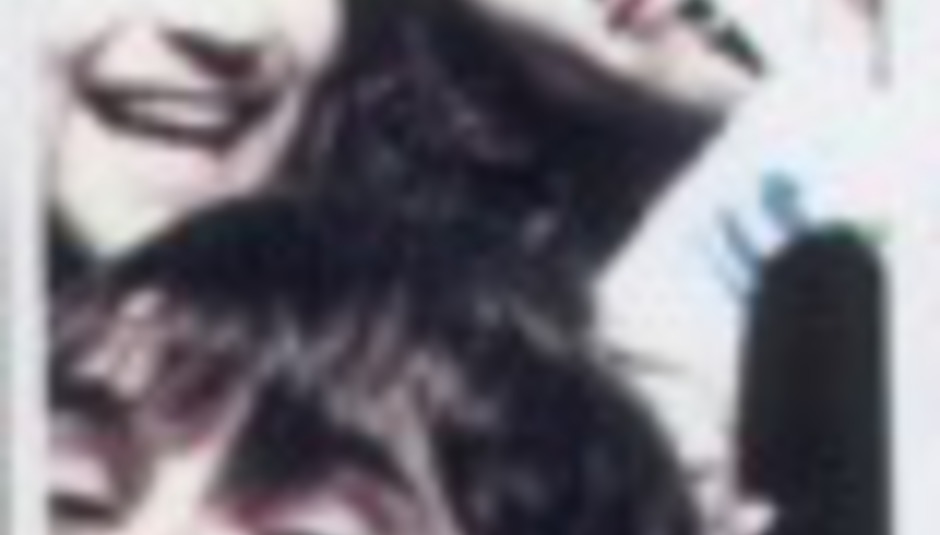 How to Ride a Horse!

How to Ride a Horse!

Prior to a show in premiere toilet venue, the Manchester Hop & Grape, I am seated backstage with an articulate and well spoken, yet infinitely unkempt young man from Berkshire, answering to the name of Didz. We sit and we don’t talk about dogs or tell bad jokes, no not at all; we do discuss the imminent delivery of the babies of certain topless models and the difficulties of morning glory upon the tour bus. This will be The Cooper Temple Clause.

The Coopers have just - this very day - entered the top 20 with their fourth single: a double a-side of ‘Film Maker’ and ‘Been Training Dogs’. The latter has proved to have significant meaning to much of the band’s work, “The place where we’re from, if you look a little bit different, drink in different bars, etc. places can be a bit nasty. You get called names in the street. Been Training Dogs is a bit of a fantasy revenge song. Panzer Attack is about a similar subject. After we told the NME what it was about, there was a bit of backlash in the local paper.” Despite the problems encountered by TCTC, they do not seem to feel the need to uproot themselves, “We’ve got no plans to move away. It’s just convenient. That’s where our practise is…and we’re never there anyway.”

What is your favourite type of dog and why?
“I don’t know much about dogs…don’t really like them.”

Despite the top 20 success of their latest single, the band were far from happy when their previous effort of ‘Let’s Kill Music’ failed to reach the charts, “With Let’s Kill Music we were like, ‘Yeah we’re above this, and this!’ and then we realised we weren’t in the chart at all. Everyone involved with it just thought, ‘Fuck that! Make sure it fucking happens next time.’ And it did. So it’s nice.” Very nice.

This disappointment was attributable to the high expectations placed upon these six young men by their high-profile label, the press and their fans; but not least to their own expectations. This same week, they played on television programme CD:UK and Top of the Pops as well. Didz explained their philosophy on the Drug of the Nation - television, “We’ve always been of the opinion that there’s no point in having something to say and not saying it to the most amount of people possible and so we don’t have a problem with playing TV shows.”

TCTC have launched attacks upon their hometown’s narrow-mindedness and also upon the current state of music, but Didz is keen to explain exactly what it is that makes them tick, “As a band we're driven by frustration and dissatisfaction. I’ll put it in terms of music and you can make of it socially what you want because there are various social connotations to it as well. We grew up listening to grunge and Britpop and then in 1996, ‘97 there just seemed to be NO good music around and it seemed like the shutters had come down and nobody was making new music and it seemed like everything was a repetition. We thought we could do much better than a lot of the stuff that was out there. That’s what made us start - that kind of frustration with how things were going.”

Seeing as they are in a band, The Coopers clearly have not pandered to the conformist attitude – they wanna RAWK, and think that other people should be similarly dissatisfied, “Most of the nation’s young are force fed and channelled so you come out of school and you go to college and then end up in a job in an office. Go out Friday night. Go out Saturday night. Stay in Sunday night. Get up and go to work for 5 days. Then the cycle starts again. Magazines tell you what to wear, how to express yourself and where the limits are. I think that’s bollocks because I think it will be personal to each person because I think there is that tunnel vision attitude. There are people that we know and love finding it hard to break out of things even if they really want to. To restrict other people because you don’t agree with what they’re wearing is really bad. There’s a lack of forum for innovative and expression.”

There have been some remixes made of their tracks, most notable one they performed themselves during a live session for London radio station Xfm – a French version of ‘Panzer Attack’, “I think that often remixes are dished out like cheap fillers but we’re not adverse to getting remixes done.” Despite this admission that remixes are often a big pile of crap, and seeing as the band have just hit the big time with their new single and their forthcoming album, Didz remains staunch on his view of The Coopers selling out, “No. I don’t think we will.” With their passionate views and impressive fan base, I can see them being nothing but true to their cause.

Indeed, the true antithesis of ‘selling out’ is to put on a DIY festival, in the mould of All Tomorrow's Parties, promoting lesser-known bands, but in spite of the rather grandiose notion, the reality of it is far too harsh, “I really like the idea but we haven’t really got the time. It would be a real mish-mash of bands because we’re all into different things. There are some bands in the UK who are absolutely brilliant as long as you look out for them. Just look at the size of our band. We’ve still been able to find support acts for our tours that we find absolutely incredible. We haven’t got some special link into new music - you just keep your eyes peeled.”

TCTC have always taken excellent support bands on the road with them. Previous winners including Haven, and Biffy Clyro. This is apparently because the band actually care, and they make an effort, “Well, Oceansize are here! We always ask for bands that we like and we get given bands that we ask for and we get given bands that we don’t ask for. Easyworld are with us for the rest of the tour. We love bands like Biffy Clyro, and Oceansize, Minuteman and Medium 21. We want people to see bands that otherwise they wouldn’t. They are all so good and hopefully gives people new music.”

They drive in a tourbus not because they are being ‘wanky’ but because its makes more financial sense. As if! They just wanna be ROCK STARS! There are certain problems encountered while on tour though. A common occurence is arousal in the morning...with arousal, "Well you've got two options: You keep your jeans in your bunk to cover it up, or you just wait for it to go away!" Ahem.

As previously mentioned, Didz gives of the air of cool unseen in young men with nicer haircuts, that mothers would be proud of. This is a trend that runs throughout this band. They’re a bunch of scruffy fucks. They make it look very, very good, though and when quizzed on their follicular status Didz was diplomatic yet open to change, “They are not integral to the music. We’re not going to be coming onstage with shaven heads in the foreseeable future. It’ll happen when David Beckham has this haircut [signals own hair].” Not gonna happen. An interesting, yet random, fact is that drummer, Jon's father is delivering the baby of one Jordan - live on the internet. I did say it was random.