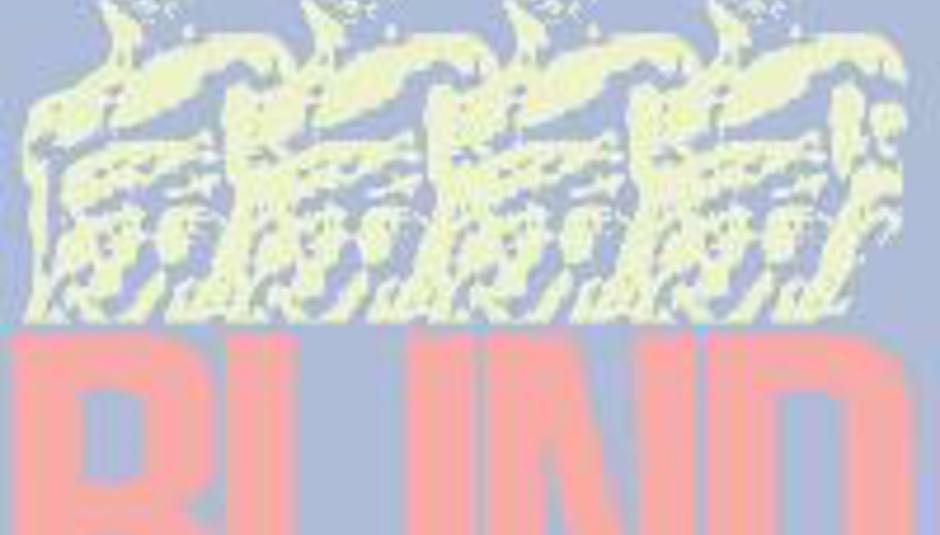 
You are a bird now? Piss off.

For many, taken aback with his mawkish croons of the last decade, Anthony Hegarty spearheading Andrew Butler’s disco-aspiring New York outfit wouldn’t have seemed the most appetising of prospects. But, away from his Johnsons, Hegarty proves a brilliantly unlikely disco diva, somewhere between Gloria Gaynor and Boy George’s trapped-boy call.

Amid the subdued leftfield house, the Manhattan songbird flails about, brooding in the early hours, dancing away his troubles like a bloated Gloria Estafan swanning about in a smock having forgotten her Fluoxetine. Initially recorded four years ago, ‘Blind’ is an iridescent bout of melodramatic miserabilism for quivering lips on the discothèque dancefloor. Tied to the same sinister bite as Italians Do It Better’s recent output, there is an introspective resilience as Hegarty croons “Now that I’m older the stars should light up on my face, but when I find myself alone I feel like I am blind”.

Crucial to the self-titled debut, Hegarty’s contribution is particularly reminiscent of Arthur Russell’s confident stride from lonesome baritone balladeering towards disco notoriety in 1970 under the Dinosaur moniker. Fittingly remixed by Studio 54 mainstay Frankie Knuckles (and a host of other meddlers), the track calls with hollow vigour back to the golden era of disco.

If there is one flaw to pick out from ‘Blind’, it is that it shows the rest of the record up as decidedly tame.

Ting Tings ‘Great DJ’ (Colombia)
As a general rule of thumb, however ridiculous your band's name, all is forgiven as soon as something with merit is offered up (Hercules & Love Affair?). If you don’t have that then it’s the first port of call for critics to pan. And so, trumping Joe Lean and The Jing Jang Jong and Cheeky Cheeky and the Nosebleeds are the Ting Tings. Having spent the last decade bounding like over-zealous dung beetles leaping from one streaming pop turd to another in the hope of some chart renown, it seems Jules De Martino and Katie White’s careerist march has found another five minutes as current industry berks’ favourites.

Starting reasonably enough, and nowhere near as bad as the heap they landed on with ‘That’s Not My Name’, ‘Great DJ’ seems the sounds of a band already devoid of any more ideas and signals a world that forgot Daphne and Celeste.

MGMT ‘Time To Pretend’ (Colombia)
For all the childish exuberance, there’s a devilish detail to the naff hook that holds ‘Time To Pretend’ together, as if tailored for a mobile phone advert spot. For all the the prog-pop delights on Oracular Spectacular’s psychedelic wash, equal parts ethereal Montreal bop to gurning Flaming Lips self-satisfaction, this is a bit of a lukewarm and clichéd introduction to their off-kilter pop buffoonery.

Shocking Pinks ‘Emily’ (DFA/EMI)
With its turgid bassline and Nick Harte’s comfortably psychopathic delivery all on show, ‘Emily’ is another fine dose from last year’s self-titled compilation on DFA. Worth shelling shrapnel for to hear Harte’s tackling Magnetic Fields’ ‘Nothing Matters When We’re Dancing’.

The Kills ‘Cheap And Cheerful’ (Domino)
Opening with a thoaty laryngitis cough before beating its military procession, hands on hips, pout on lips, ‘Cheap And Cheerful’ provides another sultry stream of nonsensical couplets from the garage-rock duo which largely leaves the audience to decide whether Alison Mossheart’s lyrics are pithy diatribes on neo-liberal policies and their effects on mental health or banal idiot spiel.

Tweedledum and Tweedledee or Nico and Lou. You decide, I need some lunch.

Speaking in equal mounds of jibberish is everyone’s favourite globe-trotting darling, not letting go the fact she was declined that Visa. Poor lass then saw her gun-toting hook censored by Letterman.

Having taken in Liberia, Trinidad, India, India, Jamaica, Australia, Japan and the US on the recording of Kala, it seems fair game that the record weaves such a cultural quilt, ‘Paper Planes’' darting sample of the The Clash’s ‘Straight To Hell’ and satirical snipe at politicians pangs of ‘immigrant fear’ marks another fine gullet-grabbing step out of M.I.A.’s comfort zone. Basically, this rips.

Land Of Talk ‘Speak To Me Bones’ (One Little Indian)
Another dreary sub-Broken Social Scene romp from the Quebecans. Drab.

Chromeo ‘Needy Girl’ (Vice)
Rubbing their electrofunk stink up on you like an over-sexed Alsatian, dirty gits Chromeo offer up a former glory in the re-release of a track from 2004’s She’s In Control. Far from as irrestible as previous ventures, ‘Needy Girl’ remains a sickly delight.

Cage The Elephant ‘In One Ear’ (Relentless)
Ever wondered what the Bombfunk MCs bunking up for some studio time with Jet would sound like? Then weep in your pants cretinous oaf, as Kentucky outfit Cage The Elephant offer up a cosily repugnant brand of stodgy rap-rock. (see: Rage Against The Machine).