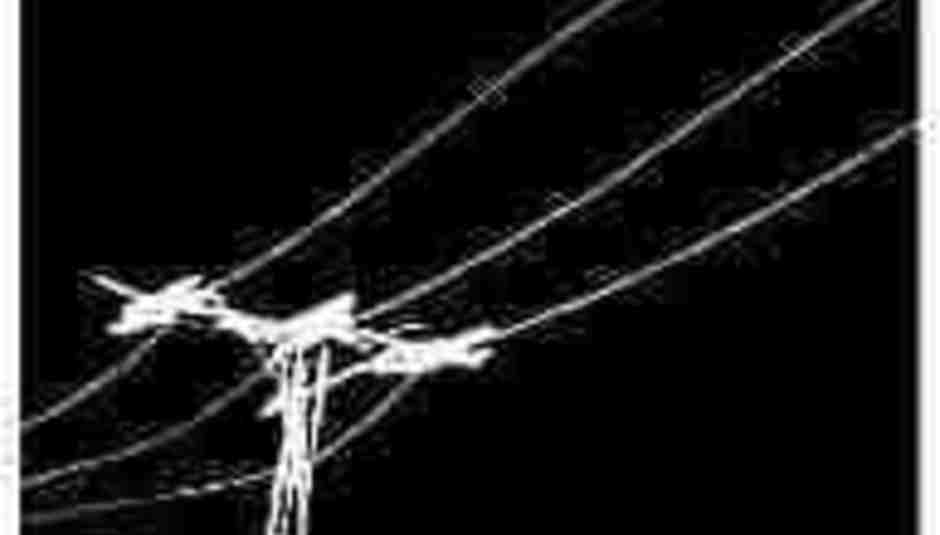 DrownedinSound.com is an entity that prides itself on objectivity and the ability to mete out praise and punishment to whoever deserves it, regardless of status, name or number of limbs. However, we also have to admit to frickin' loving Wichita Recordings. But you probably know that by now.

Formed almost exactly seven years ago, the label was co-founded by Mark Bowen and Dick Green, members of a Creation Records posse that helped shape the modern face of British indies.

Starting with a slew of high-quality US-licensed record releases, the label has since grown to be one of the outstanding members of the indie record community, pushing out the likes of Bloc Party, The Cribs, Simian Mobile Disco, Los Campesinos!, Saul Williams, Espers, Peter, Bjorn & John, Bravecaptain and Clap Your Hands Say Yeah! into the wider world.

We take time out from chewing the 7" cud to talk to Mark Bowen, somewhere in the depths of East London town...

Why did you decide, there and then, to form Wichita recordings?
Dick and I had worked together at Creation Records, and when Alan (McGee) and he decided they wanted to stop the label neither of us really had any plans. Then, one night in the Enterprise pub, Dick asked me if I'd be interested in getting another label together with the idea of doing something very small - just the two of us and basically a lot more low-key.

Given your history with Creation, and Dick’s, what did you learn from them in terms of how to run a successful record company? Good and bad?
Well, for me I was just lucky to get the chance to work at what I honestly believe to be the best British independent label of all time. Watching Dick and Alan grow such a huge successful business with, at its foundation, just a pure love of music was incredibly inspiring. Looking back, I still find the roster hard to believe. So many of my favourite records ever have ‘CRE’ catalogue numbers. In terms of good and bad, the good was definitely seeing that if you just go with what you believe, then you can succeed. The only bad was realising that, as with everything, there comes a time when you want to do something else, I guess. And nothing lasts forever.

We gather you took your name from seminal '60s track 'Wichita Lineman'? Where does that stand in the Jimmy Webb canon? How close were we celebrating seven years of Galveston Records?
Oooooh, head and shoulders above a very, very tall canon. [Wichita] probably would have been 'Where's The Playground Susie?’ Records next. Have you ever listened to the guitar solo on the end of that? It cuts off and my dream is always to one day hear what carried on after the fade. Took us a few nights in the pub to come up with the name, and it was based on the idea that it's the best song ever written, and that if we could put out even one record that came close to it then we could die happy.

Over the last seven years, what has been your pick of the Wichita bunch? What's been the most rewarding act to see develop?
You can’t ask us to pick. No fair. Highlights have obviously included watching Conor Oberst go on from our first release to be one of the greatest artists out there, Marc Bianchi (Her Space Holiday) staying with us on the whole ride from day one, Simian Mobile Disco showing we can do other stuff than guitars, and obviously Bloc Party being one of the best and most successful bands in the world. In terms of development we are particularly proud of The Cribs. We fell in love with them the first time we saw them and thought they were the most obvious commercial prospects we'd ever signed, ‘cause every song was an instant pop classic, but it’s taken most people three records to realise it. We have never had an act be as dismissed as The Cribs were on their first record by so many people, so we're made up for them that they won out.

Was there a specific turning point in the label's fortunes?
Several I think. We were very lucky that Conor and Robb at Saddle Creek entrusted Bright Eyes’ records to us even though the company didn't exist at the time and it was a massive leap of faith. Putting out the Yeah Yeah Yeahs stuff we did and being played on daytime radio for the first time (with multiple “fuck”s, too). The Cribs allowing us to develop a band 'the Creation way' by being here and touring and just making records they wanted to make. And most obviously Bloc Party for signing for two blokes who didn't have an office and had never sold more than 10,000 records, when they could have taken any amount of money and signed to the biggest labels in the world. Thank you, all of you…

Gradually, you seemed to move from licensing and working with US artists (Yeah Yeah Yeahs, Bright Eyes, My Morning Jacket) into a more UK-centric field? Why was this? Was it initially cheaper and/or easier to work with already recorded or established acts?
Spot on. When we started, we wanted to get something out as quickly as possible and we knew the process of finding a new act, recording them, getting a record out would take ages. We were lucky to hear a copy of Home Is Where You Hang Yourself by Her Space Holiday when the Insound guys started a label, and then went to license (early Bright Eyes release) Letting Of The Happiness only for Robb to send us Fevers And Mirrors and say, "You might want to check out the new one instead". Ultimately after that it was basically a financial decision. We were licensing full albums from the USA for less than we could record a Wauvenfold 12" for, so it was the only way forward.

In the past few years, you've moved quickly from being one of many indie labels to being, possibly, the most sought-after and raved-about independent du jour. Luck? Brilliance? And do you expect someone else to have their time in the sun soon?
What’s a jour? We just put out music we like and if anyone else likes it it's a bonus. Heh. There's loads of good labels about. All run by 12-year-olds, too. That’s great.

I'm guessing that chasing bands and trying to sign them now is perhaps a little easier than five years ago. Are there any bands or acts that you still wake up in the middle of the night about, sweating and thinking, “what if…”?
The one that always got us was Death From Above 1979. We loved them so much and naively thought that no-one else would want them, and we'd be fine. Gutted. The other one for me, personally, has always been Les Savy Fav. But that's all good now, heh heh.

From speaking to the people you work with (bands, all those other people the world hears about), there always seems to be a sense that Wichita is a family. How do you manage to engender that?
That's very good to hear. We certainly feel like that. A few things, I guess. It's something I personally learned from Creation, where bands could be competitive with each other but at the end of the day all took a certain pride in being associated with the other great bands and the label. Also I do believe that every record deal is like a marriage and it should be something you go into very seriously, planning for it to last forever, because there is too much work, heartache and commitment to not look at it that way. So yeah, I guess that makes us all family. And me and Dick bigamists. Ummm.

So, it's your seventh birthday soon. Why celebrate your seventh and not the sixth (like DiS did), or wait for your tenth?
We celebrated our third. Then we planned to do a compilation for our 100th release, but… ummm… we got a bit busy, and it would come up and never really get sorted and suddenly we hit 150 releases and realised, "Oops, never did do that comp". That, and the fact that this has been our best year ever and we wanted to celebrate. We had a party at The Spitz with Bright Eyes, Her Space Holiday and Bravecaptain when we launched the label, and then a little do with the bands last Christmas, but that was it. So we wanted an excuse to have another party. It's what labels are meant to do, innit.

Tell us about a record on Wichita that many people may not have heard of but in your opinion they really, really, really should check out.
Without consulting Dick I would say Canyon's Empty Rooms. It’s an amazing record that combines alt-country with space rock and psych, and is truly moving. That's the one that should have a page in Mojo in ten years' time.

What are you most excited about in 2008, in terms of records or bands?
That's an easy one ‘cause we only have one record. It’s all about Los Campesinos!. What a band. And yes, we do owe it all to DiS. They started mixing the album last week and it’s sounding amazing. Such an inspiring bunch to be around. So passionate about music. So geeky. So young. Make you want to stay up all night arguing about Huggy Bear b-sides which is the mark of a great band, eh? They've come so far so quickly, I can't even imagine where it's all going to end up. I mean, they're already releasing concept singles.

How does Wichita survive in the digital age? Happily? Are you all wi-fi, blueberrys and MySpace? Do you like mp3s?
I've been a long-time Crackberry addict. I love what I do, so something that lets me do it pretty much 24/7 was going to get me hooked straight away. As for the other stuff, me and Dick do actually know all the answers but we're not telling anyone yet. Ummm, what do you think?

You do realise that MySpace is so over, right?
But, but, but I haven’t had chance to get any friends yet. They do call them ‘friends’, right? Damn.

DiS loves you. Big respect.
Well the feeling is mutual. Feels like we've all grown up together and even though you're all little kids your knowledge of, enthusiasm for, and blind love of music is one of the things that keeps us going on the dark days. Long may you flourish. Oh sorry, DrownedinSound.com? I thought you were...

Find out more about the venerable institution that is Wichita at their website and MySpace.

Wichita's new compilation, There Is Only One "T" in Wichita, is released on September 24. Fourteen tracks for one fiver. Neat.