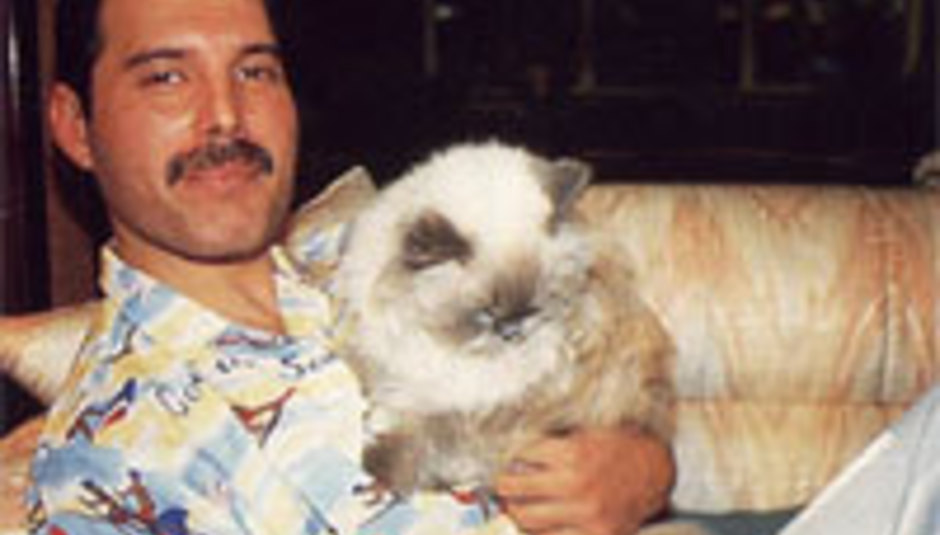 As the Nationwide Mercury Music Prize looms – the winner will be announced tomorrow; nominations here – DiS has been wondering what other countries do to recognise their best new artists, and what their equivalent prizes are. We also wondered how the British talent would fare if we compared and contrasted other nations’ artists against the ones nominated for the Mercury. While we are not here to pass judgment, curious kittens we are, so below are some countries that offer a similar prize, and the artists who were nominated and/or won this year. Unfortunately, only a fraction of the globe has an equivalent type of prize, so here is what Shain Shapiro managed to dig up.

The United States
The Shortlist Music Prize – Cat Power
Cuddly chanteuse Chan Marshall, aka Cat Power, won the nation’s Shortlist Music Prize, which is also called the Pantheon Award. She won it for her melancholic collection of arid pop ditties modestly entitled The Greatest. ‘Lived In Bars’ is a great, don’t ya think? In addition, the Shortlist Prize works differently than the Mercury, as not only are international artists open for nomination, but musicians themselves nominate candidates. Wayne Coyne of the Flaming Lips voted for Cat Power. Other nominees include Beck, …Trail of Dead, Girl Talk, Joanna Newsom and about twenty others for some reason. Odd.
MySpace

Canada
Polaris Music Prize – Patrick Watson
The Polaris Music Prize, sponsored by Canada’s version of BT, is awarded to the best album of the year produced and created by Canadian talent. Final Fantasy’s expansive He Poos Clouds won last year, garnering the $20,000 (CDN) cash that comes with it. This year, the nominations are as follows: Arcade Fire, The Dears, Julie Doiron, Feist, Junior Boys, Miracle Fortress, Patrick Watson, Joel Plaskett Emergency and Chad van Gaalen. It will be awarded on September 24th. While I did go to university with the Junior Boys - we both took multimedia – my vote’s for Patrick Watson. His album is just too good. It should be illegal.
MySpace

Faroe Islands
Atlantic Music Event – Gestir
The Faroe Islands, just featured in the G! Festival Review, is home to only 48,000 people, so the government stages one giant battle of the bands which culminates in the finalists performing in the capital, Torshavn. The awards were given out in April, and the big winner was Gestir, one of the most popular indie bands in the country and, coincidentally, one of the best. Furthermore, they had a big party where a bunch of Nordic artists were invited to play, and they probably got really drunk. It is still cold in April up there.
MySpace

Iceland
Icelandic Music Awards – winners Petur Ben, Hafdis Huld
The Icelandic Music Awards are the tiny volcanic island’s version of the Grammy’s, except that the nominees must be Icelandic. This time around, Petur Ben took best male album and Hafdis Huld, who also sings in Gus Gus, took best female. For the sake of competition, let us focus on Petur Ben, a veritable newcomer on the Icelandic scene compared to his contemporaries and a worthwhile talent indeed. His album, Wine For Weakness, is a gem, under the guise of a few glasses of wine or not.
MySpace

Austria
The Amadeus Award/FM4 Music Prize – Naked Lunch
The Amadeus Award has several sections, including best pop vocal, classical and so on, but the one the kids care about in Austria is the award given for alternative music, one Naked Lunch took home this year. Naked Lunch has quite the storied history, as the band has dealt with enough problems to fill another William Burroughs book. This victory signals their return to the top in Austria and beyond. We just reviewed their new single here. It’s a corker of a pop tune.
MySpace

Sweden
Manifest Awards – The Radio Dept
The Manifest Awards offer the best talent in Sweden a chance to expand their fanbase and take home some well-deserved acclaim alongside, as eleven categories that span most genres award best ofs to Sweden’s, well, best. In the pop/rock category this year, The Radio Dept won. DiS likes The Radio Dept, an XL recordings addition, as they mingle with new wave and melancholia but in a dance-ish, Hot Chip kind of way. It’s good, guilt ridden, dirty, obsessive music. Plus we like their name. It’s a nice name.
MySpace

Australia
Australian Independent Music Award – John Butler Trio
This is the inaugural year for the AIR award, given out by the body that manages all of Australia’s music charts. It will be awarded on November 17th, but if we had our way, the nominated John Butler Trio would win. Butler is one of the most popular artists in Australian music history and with good reason: he strums a twelve-string guitar, flirts with everything from aboriginal folk to angular wave and writes catchy, incisive pop songs. Plus, he sounds nothing like Jet. Always a bonus.
MySpace

Germany
Echo Music Award – Sportfreunde Stiller
Oh the Germans and their taste in music. Well, the Echo award, a successor of an older award with a long, impossible to pronounce German name, hands out trophies to in a bunch of categories, including pop, rock, international talent and classical. For some reason, Robbie Williams has won best international male vocalist five years running. In the category that matters, best alternative band, Sportfreunde Stiller won. My friend Elisa played them for me quite a bit when I went to visit her in Berlin, and they impressed. Signed to Universal, the trio plays a pirates’ blend of rock, pop and all the usual adorned with major-toned choruses, sing-a-longs and lyrics I cannot understand. Plus they play venues called ‘Arena’ all over Germany. Must be big. Fun!
MySpace

Denmark
Danish Music Awards – Nephew
Nephew cleaned up at the Danish Music Awards, given out in March. They won four awards, including album of the year and single of the year. DiS checked them out at the G! Festival in the Faroe Islands and, no doubt, they were ace. Their lone Anglophone track, ‘I Wanna Be Darth Vader’ is sing-along great and, if we spoke Danish, we would probably join the rest of their fans in adding chorus to the rest of their tracks. There is a lot of Interpol hidden within Nephew, but unlike their contemporaries, their music is neither annoying nor depressing. Actually, it is quite uplifting. Finally, a band influenced by New Order that does not make me want to stab myself. Plus, Timbaland likes them. DiS is sold.
MySpace

South Africa
South Africa Music Awards – Cassette
This one required a bit of digging, but DiS is glad we bothered. Cassette is from Johannesburg, and they took home the best English rock album at the South African Music Awards in April. So, what is Cassette like? Well, there are lots of bands named Cassette out there, and this one is a mash-up of rock, pop, emo and ska it seems, with oddly cynical lyrics about all sorts of things. The first song I listened to referred to fraternal love, like THAT kind of love. Well, needless to say they are massive in South Africa. They are sponsored by Diesel and are on a major down there, Sony/BMG. Plus, they tour Europe soon, according to their MySpace.
MySpace

So there you have it: a global cornucopia of music award recipients, all similar in scope and acclaim as our own Mercury Music Prize. Now, do these winners rival The View, Bat For Lashes or Maps? Not our call. Comment below, and feel free to note your favourite/s for tomorrow’s twenty-grand prize...