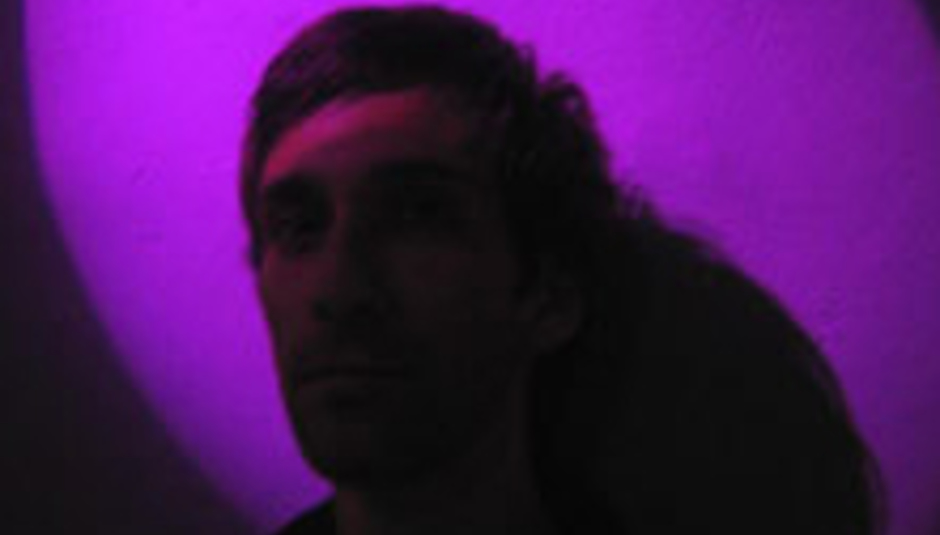 I got a MySpace friend request recently from someone calling themselves Banjo or Freakout. I don't usually check these (I get so many), but I must've been bored or feeling generous that day. I couldn't say. Either way - you need to check this out, really.

Banjo... is 28-year-old Alessio Natalizia from Turin, though his friends say he looks 23 and it makes him so angry. He's been living in London for two of those years and currently resides in Hackney, looping sounds that glitter and whisper and crackle and lope and threading them all together with the dab hand of a red-eyed, spinning plate ring master. He's yet to play live but the demo CD he's made available through MySpace is one of the most promising 'debut's I've heard all year. Anyway, enough dumb verbiage - click this - and this is what he's got to say for himself.

How long have you been making music as Banjo or Freakout?
It’s been in the air for more or less two years, but it’s been in action since November 2006. Banjo... started up very slowly in the beginning but in the last three or four months I’ve been more serious about it.

How did you get started?
I’ve always been playing in other bands but I really wanted to make something that was 100 per cent me. So I started thinking about Banjo... while messing around with my girlfriend’s computer when she was at work. I wrote my first real song, 'OK', when I bought my first laptop... it felt like something very natural. And it still does. It's a very personal thing, private even, like I’m doing it just for me. I waited for months before playing to anyone and only one of my (real life) friends has all the songs.

I noticed on your MySpace page it says you only record tracks the once…
It’s quite funny, this sounds a bit pretentious but it’s something I realised I was doing without even forcing myself to follow as a ‘philosophy’. I just noticed that even when I was recording something a million times, nine times out of ten I was going back to the first take. The first take always sounds more natural and even if there are mistakes or the sound is not perfect or the voice is out of tune, etc, in the end all these things make the first take better than the others. So yeah, my rule is to record every track (including vocals) just one time. No second chance. Once I’m done with recording I can adjust things by changing the sounds and trying all the effects in the world.

Where'd you get your samples from? Do you record parts yourself or do you find them elsewhere? Also, that is your voice on the recording isn't it?
Yes, that is my voice. Actually I started recording songs without vocals but then I started using my voice a bit like another instrument or another layer and now I can’t imagine Banjo... without vocals. Mostly I record parts by myself - specifically guitars, drums, percussion, piano. I also play a lot of midi stuff with my Mac, you know the kind of sounds that suck but then work perfectly as layers in a song. I don’t work with a lot of samples though I have an obsession for loops. I have used some samples I found on GarageBand and some drum samples I found on a CD I got from a friend, I also use an old Roland sampler another friend gave me.

The obsession with loops you talk about - can you pinpoint where that comes from?
I guess it must come from my favourite bands. I've always been in love with bands using loops and repetition like Can or This Heat. I couldn't live without them and, yeah, Arthur Russell of course - he’s the best.

Do you think the attraction to loops is in some way a natural thing? Innate? Thinking back, perhaps, to tribal, repetitive drumming and rhythms...
Good question. I was looking into the history of loops a while back and I found a good definition of a loop, this person was saying that a loop is not any sample, but a small specific section of sound that is repeated continuously. It's quite difficult to find the right small section of sound but once you've found it, it automatically loops perfectly and you could stay there listening to it for days and days. This makes me think that loops, as repetitive sounds, are innate and natural. They stay with you because they are already in you.

It says for location on your profile 'Trn/Ldn' - is that Turin? And if so, what brought you to London?
Yes, you got it! Trn is Turin. Love brought me to London. Nothing else.

Working by yourself on a computer like you do, is there ever any angst about whether something really sounds good or not? When I made beats on a laptop the process seemed almost too quick, and I felt like I needed some sort of outside validation to make anything worthwhile.
Yes, it can be a bit like that. In fact when I started I really was not certain of how I felt about the songs, it seemed like they were just a mess of sounds with no sense. When someone told me that the songs on my MySpace were good it made me think that, yeah, Banjo... was making sense. But that’s what music is about, sound is basic, it is communication and music comes alive with an audience. I find that the process can be very long and even stressful because the songs are so close to me, so personal in a sense, that I never see a song as finished, so to be honest I never have the feeling that the process was too quick.

What modern acts do you think make exciting, vital music?
There are some really exciting and interesting bands around at the moment like Deerhunter, Animal Collective and a lot of the stuff coming out on Paw Tracks. The Dirty Projectors, Liars (even though I don’t like their last album), Black Dice, Black Lips; every release on Soul Jazz Records and Audika Records. I quite like the new French dance scene on Ed Banger even if it is becoming a bit too cool now. Then I also like Wolf Eyes, No Age, Yellow Swans, some Anticon stuff, I'm looking forward to the new Fiery Furnaces record, then J Dilla died last year but he's still alive in my daily playlists. What else? Dalek, Big Juss, DFA, Burial, Ghostface Killah, Joanna Newsom. I also quite liked the last Feist - don't know why - and also Grizzly Bear. I don't like too many of the English bands around at the moment. I do like XX Teens, These New Puritans, The Chap and Acoustic Ladyland.

Finally, you’re yet to play a live show - how do you anticipate Banjo or Freakout working in front of an audience?
Banjo... live is gonna be me on stage playing as many instruments as I possibly can! I’m also considering having someone else with me for live shows. Three months ago in my mind I wasn’t ready to play live and now I really can’t wait.

You really ought to buy or blag one of these - they're fucking radiant. And no, I'm not on commission.

Banjo or Freakout's upcoming gig schedule doesn't exist yet. He's sorting things and hopefully will start playing live in the next couple of months.