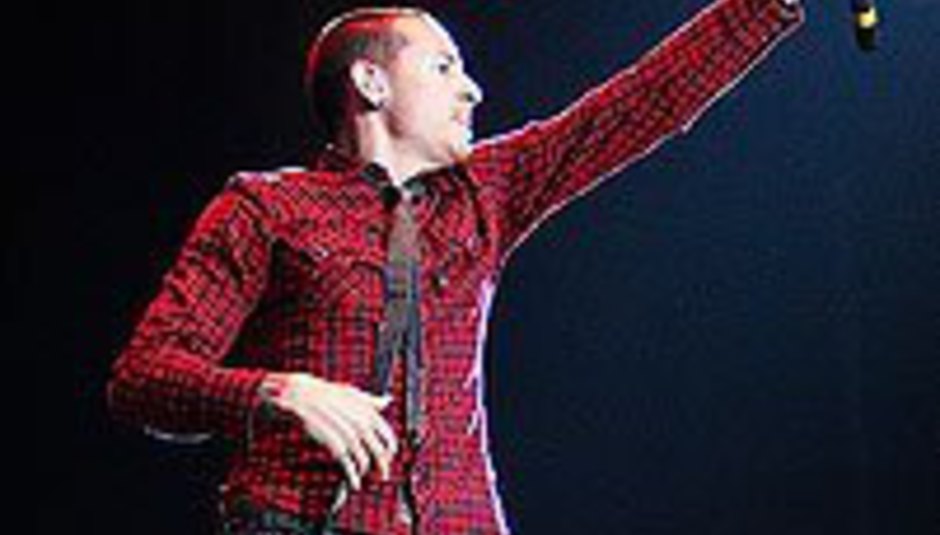 DiS didn’t make it to Download this year. Sorry about that. But one of our mates, Marc Bird, did – when he’s not running pretty-good-actually indie label Signature Tune (website), he’s running around the place looking for the best pop-punk parties this side of a Fat Wreck office blow-out. We invited him to keep a sort of diary of proceedings down Donnington way the other weekend, and he obliged. Not that he saw all that many bands, mind you…

Marc also used to be in charge of Play Dead fanzine. Remember that? We do, and a good few DiS contributors do, too, having cut their teeth on it. So, over to Marc for his perspective on the three days of metal (and not) that was Download 2007. Download. Now, what does the name alone of said festival conjure up in your brain? For me, it’s sweaty and fat teenagers, with long greasy hair, who really really hate their parents, or their home town, or school. Or all three, or more – you can add and subtract as you feel appropriate. These people in my mind’s eye, they also exclusively wear black t-shirts sporting token slogans about a well know religious figure being a bit of a cunt. Basically, what’s conjured up top isn’t so great. Don’t get me wrong here: I am a fan of heavy music. It’s just that I pretty much hate everything else that seems to go with it.

Such gripes aside, you’ll be asking yourselves why am I, as someone who has such contempt for traditional metal fans, subjecting myself to Download, and for the third year running no less. Well, I’d be lying if I said it wasn’t almost purely just to get drunk and sit on some grass: two of life’s greatest pleasures, right there. And that’s pretty much it, because despite its many faults – and believe me, there are many – Download rates highly on my guide to backstage areas. Granted, it’s an as-yet unpublished guide, in my head, but it’s coming together nevertheless. I’m yet to try V’s hospitality, which I’m positive will be first class and full of celebrity Z listers, but compared with the feeble efforts Reading pulls out every year, Download is the undisputed king of the backstage. So far.

But you don’t want to hear about that. You want to hear about bands, right? Well, I saw eight, over the whole weekend. Before the review commences, I’d quickly like to insert a little disclaimer: at least two-thirds of the bands I went to see, I watched because of other people’s preferences. Please don’t assume I go and watch this stuff out of choice! That outlined, let’s go… I arrive promptly to find that the usually plush backstage area has been plunged into darkness for this year’s proceedings. I’m not really sure why, although there’s speculation (well, from our taxi driver anyway, so reliability is questionable) that it’s an ecological move by the promoters to try and save energy. If that’s the case, then it’s arguably the stupidest thing I’ve heard in a long time. Nay, ever.

Kicking things off in a “how the hell are they on the main stage” style are The Zico Chain. People seem to like them, but I just can’t work out why. That’s all I’m saying.

From here (and this will prove to be a recurring theme) it’s back to the backstage area for as many £3 beers as we can consume (the introduction of Tuborg, brewed by Carlsberg, makes a nice change from the standard festival tipple of warm Carling). A short trip is made to see the admirably quite good at what they do From Autumn To Ashes, but the only other effort I make on day one is reserved for main stage headliners My Chemical Romance. Yep, this is where that earlier disclaimer kicks in!

The first thing that is noticeable is the size of the crowd: it’s small. Correction: it’s tiny. I’m not talking Feeder ‘05 tiny, when Download mistakenly tried an indie day, but for a headliner it equals a pretty poor turnout. I guess the metal kids aren’t loving the emo-goth five-piece quite so much as organisers hoped, basically. Those who are here seem to be split into two factions, too: the screaming, yelping, we love you Gerard Way faction, and their “fuck off!”, throw things and generally annoy everyone else counterparts. And I’m stood smack bang in the middle of both. For tonight, though, I sway firmly to the positive, for three clear analytical reasons. One: to give Way’s crew some credit, there’s no Black Parade tour-style pomposity about their performance today; they merely pull out the ‘festival set’, and do it in style. Dropping hits like ‘I’m Not Okay (I Promise)’ and ‘The Black Parade’ early on is a sensible move, and one that pays off. Two: after thousands of humourless twats ruined my enjoyment of 50 Cent at Reading a few years ago I’ve come to the conclusion that people who throw bottles are cocks. There are some next to us who are so jealous of MCR, or simply angry at their parents or something, that they’ve brought a two-handed catapult. I don’t approve, and show them my ass. Three: I like an underdog, and at a festival like this MCR definitely fall into that category. Day two is a less-organised affair. After a free bar at our plush Novotel, thanks to some music industry bigwig slamming his ample credit card behind the bar (double Baileys, anyone?), heads are a little sore, and the desire to actually go and watch bands comes a poor second to just sitting in the hotel bar drinking pints of Coke with ice.

When the sugar kicks and talk of an appearance at the festival site is finally put into effect, the much talked about Gallows are the first point of call. The tent is pretty full, understandably, but I’d hardly say rammed considering the buzz surrounding the band since the beginning of the year. Still, the atmosphere is definitely heavy, and curiosity is ripe as the band shreds through a selection of cuts from their debut album. It’s pretty hard to argue with their commitment performance wise: Frank Carter is an astonishing frontman, with an insanely brilliant look, bags of charm and an unquenchable thirst for beating the living shit out of every new microphone he is given. It’s not quite the revelation or life affirming experience many seem to want to suggest they’re capable of – well, I say many, but what I actually mean is Kerrang! and NME – and there are other British hardcore bands pushing the genre a lot further (November Coming Fire, for one) but in terms of pure energy and passion Gallows rate about three-times better than anything else I see a day earlier. So, I’m grateful for that small mercy at least.

The rest of the day is the usual shit storm of crushingly formulaic bands and chug-chug sounds reverberating across Donnington Park. Head Automatica offer some light relief, but even then boredom and impatience sets in waiting for ‘Beating Heart Baby’ (and everyone else will admit the same, if they’re honest). So, it’s back to the main stage to watch Linkin Park and pretending that we’re 18 and in the local sweaty rock club of our youth, drinking alcopops long since beaten out of competition by your WKDs and things. A friend of mine quite accurately points something out: if Linkin Park could stop pretending they were a serious band for a minute they’d probably be brilliant. Day three rolls in and, in a cruel twist of irony (or laziness), two bands that I would have actually quite like to have seen – LostAlone and The Ghost Of A Thousand – lose out to a warm hotel bed and Hollyoaks. I know, I know, and I hang my head in shame. Managing, barely, to drag a frail festival-worn body away from the lures of Popworld and yet another Friends repeat, good time is made and Cancer Bats greet us at Download.

My personal jury is constantly out on these guys: I see them as purveyors of a punk-rock trapped somewhere between the ferocity of Gallows and the riff qualities of labelmates Alexisonfire. Sadly, though, they lack the overall tunes of either, so far. They deliver a commanding performance, and play before an impressive crowd for so early in the day, but ultimately their lack of really good songs – like, really good songs – lets them down. I can see these guys growing and developing over time, as the potential is certainly there, but for now their immediate future lies in the sweatiest of small clubs.

On the main stage and well within earshot, the likes of Papa Roach and Evanescence (yeah, exactly...) are entertaining the hordes. They’re either truly awful or awesomely brilliant, depending on which way you look at them. But I’m watching neither. And, in true weekend style, only one song from Kids In Glass Houses is caught. They’re Welsh, they sing in whiney American accents, and this one song had a hook you could catch a Great White with. They are, it must be stated, pretty bad really, but you’d best get used to seeing their name. As like most of the crap on show at Download, they are clearly set to be huge…

See you next year then? No?! Come on…