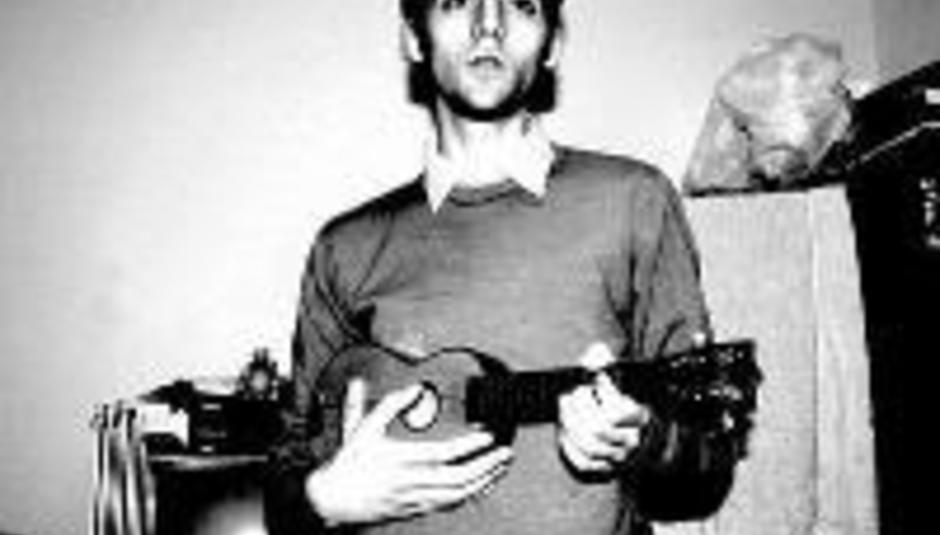 Brighton’s own Joe Dangerous makes a buzz without a full-length album, without a label. With modest musical shapes that seep with sore disposition without tailing a lagging distance or uneasy void, J.D. is a most exciting pop prospect. Nebulous vocals scamper in and out amid soft percussive rhythms, growing with each tread. A very mild, very meek soundscape buddingly nurtures a very human, flourishing, and redeeming sensitivity without coming across too draining or exhaustively tiresome. Vocals slither in-between a blossoming portrayal of dramatic discontent whilst crowning a thriving D.I.Y craftsmanship worth experiencing. DiS thought it may be advantageous to pop Joe’s interview-cherry before his career inevitably takes off.

First things first, I demand an explanation of your alias ‘Joe Dangerous.’
My full name is Joe Day. ‘Joe Dangerous’ was a nick-name given to me while I was at college; it’s obviously a play on my real name but is especially ironic due my laidback nature. I think the name is more of a reflection of my friends’ desire to have a friend with a stupid nickname than anything else.

Tell me a bit of your own musical history.
In the past I have specialized in creating bands that play their debut gig then split up. I’d like to think I was building on the rock ‘n’ roll ethics of bands that split up after their first major release but honestly the experience of playing live in those bands was just too awful to be repeated. I also enjoyed a stint as a regular at a local open mic night, where I would entertain old men by singing the filthiest songs I knew, watching them flinch (and laugh) in disbelief.

Brighton is so hot right now. Were you born there?
I moved to Brighton to escape the evil clutches of Portsmouth (and to go to university) two-and-a-half years ago. The scene is really good here, there’s always something to do, loads of gigs, clubs and parties happening all the time, the real problem is deciding what to do with your time. Brighton is a really inspiring place, it has a very relaxed atmosphere and I think this has had some affect on my music considering the ambient nature of a lot of my songs. There is definitely a very bohemian feel to the city and this is impossible to ignore [and] this has an affect in some way on what I create.

Tell me about your music-making process.
My music-making process differs really, sometimes I remember that I consider myself to be a songwriter and decide to set apart some time to create and record music. Other times I’ll play a nice riff whilst playing guitar and record it onto my computer and a song forms around it. Most of the stuff I write consists of at least one live instrument with vocals and computer sequenced drums and synths, etc. It’s very easy and therapeutic to get lost in creating a song although staring at a computer for hours on end can put a strain on your vision and mental skills. Lyrics are more difficult as I need to be in the right type of mood to write, usually after a masochistic alcohol-induced hugely regrettable mistake or two. Often I wake up in the night and write something down, then expand on that when I’m in a more conscious state.

Sounds like the much of your music is inspired by real life.
I’d say music inspires my life and vice versa, I have recently developed a strange longing to be outside all the time, in the countryside appreciating nature. This puts me at a weird juxtaposition of loving the modern conveniences of living in a city, being able to walk to buy food and also wanting to escape modern life and the abusive nature on the senses that a city imposes.

Name three artists you find inspirational, and why.
Thom Yorke is a great inspiration of mine. His ability to change musical styles without compromising himself is brilliant, to do something new and interesting but still have enough of a tune to keep people’s attention. Xiu Xiu is another band who inspire me musically, they mix very edgy, rough, almost unbearable sounds with their tunes which is something that has always interested me in music making; using a direct comparison of sounds in songs, which make the nice bits sound even nicer.
On an ethical basis Propagandhi inspire me a lot: if I ever start to become comfortable with life I listen to them and I am reminded that millions of people in this world don’t have comfortable lives. It reminds me that I have to do something to try and change this world, however small my change is, otherwise I am wasting what I have and I discredit the plight of all those who have died trying to change things that were wrong. I think if people could see the world objectively they would be sickened by their behaviour and lack of responsibility and yet you can’t blame people when our government and mainstream media are set on distracting people from what they should be striving for. I think in years to come people will look back on these times as an ethical dark-age, think about the slave trade and how people think about that now, it will be exactly the same in years to come. I don’t think this is a cynical way of looking at the world; it’s a very honest way of looking at it.

Heavy. On a lighter note, chicken or fish?
I prefer the tender flesh of the adolescent Hooded Seal, with a side order of Spectacled Bear tongue, preferably one that has been tortured throughout its existence. I am a man of exquisite taste and I love to taste the suffering that goes into my meal. Or maybe just some falafel.

While Joe tends to some tortured meat, check out his music on MySpace HERE