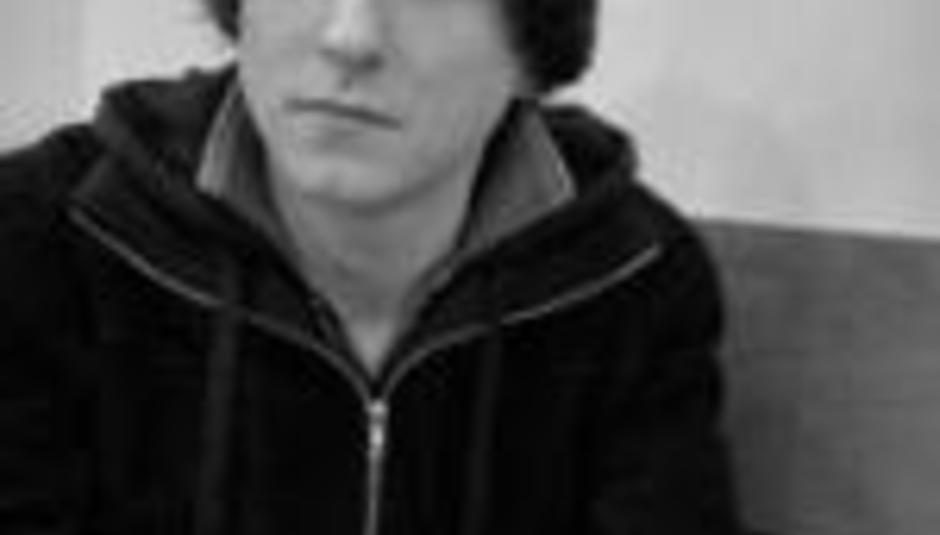 Eugene McGuinness is a young man from Liverpool. Until recently we knew nothing of his work, of his catchy, intelligent songwriting. Then came an alarm, a siren’s call from a close musical friend. “He is right good,” weren’t our man’s exact words, but paraphrasing-wise they’ll suffice.

Eugene is travelling down from his hometown to play our next DiScover Club alongside Youthmovies and Prego (DiScover the latter act here) on April 14 – as always, the DiScover Club is held, in association with Rough Trade Shops, at the Notting Hill Arts Club in west London, from 4pm ‘til 8pm. The show’s open to anyone, for free, aged over 18.

But this intro is just fluffing: DiScover Eugene McGuinness…

Hello Eugene – when did you start playing music, and when did said playing of music morph into the sorts of songs you’re currently playing on stages and in studios?
I was 15 when I first started writing, but the songs have been decent for maybe a year and a half now.

Is it just you on stage mainly, or do you play with other musicians? Which will it be at the DiScover Club on April 14?
Just me, solo.

It seems that your songs draw influences from real life, your own experiences – fair comment? Are you much for flights of fancy or for keeping your feet on the ground?
Both, really – lots of everyday experiences are in the songs, but if you don't romanticise it, or exaggerate it, then it can sound lifeless... but no grand flights of fancy, please!

Your music isn’t wholly in keeping with young-man-with-guitar singer-songwriter tradition – your songs seem brighter, more vivid of tone. Is this something you strive for, to separate yourself from conventional ideas of what a singer-songwriter is?
Thanks. I like all types of music really, and there is no agenda in the writing. If it comes across as different or unconventional, then that’s good I think.

What bands are you particularly enjoying at the moment? Are there ay you’re sure will breakthrough this year, onto wider stages? Any Liverpool bands the rest of the country should be listening out for?
I can not wait for the new Arctic Monkeys record. They are my favourite band, I reckon. I’m looking forward to hear what Rufus Wainwright's new record is going to be like, too. In terms of Liverpool, The Prelude, The Kambourines, The Wombats, Peter and the Wolf, Alterkicks and The Veras are all ace, and none of them are what people expect music from Liverpool to be like. The Wombats are everywhere, like Noel Edmonds. I’ve also just heard this incredible band from the midlands called Wild Beasts – I’m totally addicted.

You seem to have a pretty hectic gig schedule for the next month or so – are you happy being busy with your music? Is it getting in the way of whatever ‘proper’ job you may have? Are you nearing the point where you think there might be a living to be had in this?
The hectic schedule is because – for now at least – this is my proper job. Domino are taking care of me. There are no plans for any other job than this one.

Have you been compared to any other acts? Have any been particularly complimentary, personally? Are there artists you’d state were influences on your work, that maybe you’d like to be spoken of in the same breath as one day?
The thing is that I like everything from Dizzie Rascal to Sondheim. In the long term I'd like to be seen as one of those 'proper' songwriters; to have a catalogue of work that stretches and evolves through decades. But who wouldn't want that? Jade, maybe. As far as comparisons go, I keep my fingers in my ears because I tend to hate them.

Catch Eugene McGuinness at the next DiScover Club show, on April 14. Click HERE for further details. Eugene’s MySpace page can be found HERE.