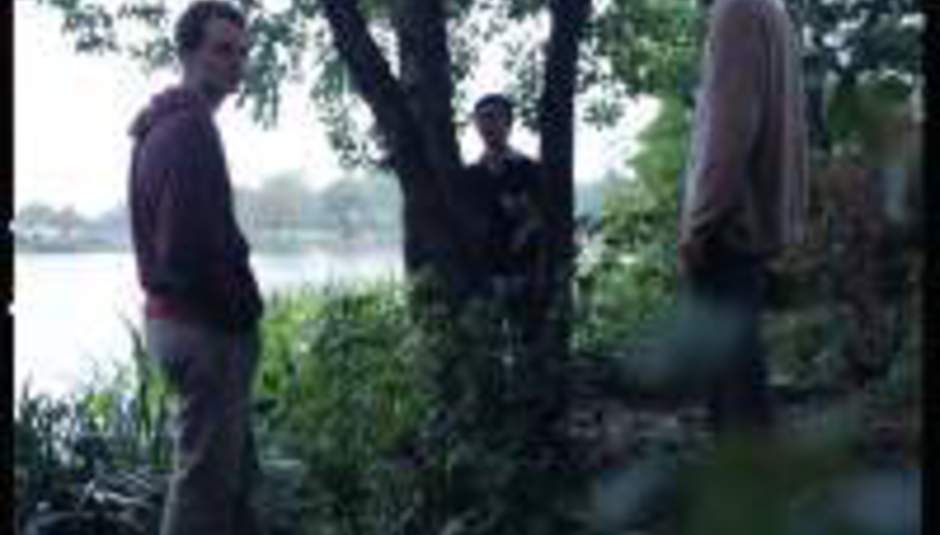 2006 has - every now and then - leaped up and bit me in the ear. Of course, I mean this in the most pleasurable way possible. Like the first time 'Bohemian Rhapsody' went into the rock-out (actually, every time that song metamorphoses is just gets me going) or how 'Idioteque' becomes an all-consuming powerhouse of glory and you can listen to it more than 600 times a day and it still blows your head off.

These are the one-to-ten-second pieces of the musical jigsaw that have bent my mind gloriously whilst also making more sense than eating dictionary soup. You know what I mean. These are my personal moments, so don't go thinking Diver likes volcano! all of a sudden.

volcano!
'Apple or a Gun'
3.51
Having traversed a jungle of noise and rhythmic meandering, the dense, enjoyable mist clears and at this point opens up into an unashamedly disco-dance floor stomper. The bass drops an octave, the drums rise above and the vocals penetrate. It's arguably the most coherent part of the entire album, to battered ears and one of the most enjoyable.

Joanna Newsom
'Emily'
2.39
Miss Newsom's glorious opener to Ys is a masterclass in maintaining the attention of a listener for extended periods and it's moments like this - less than a quarter of the way through - that make it possible. The strings interweave and rise and rise until Newsom's voice launches you into a world of her making. Quite, quite glorious and utterly untouchable as the lilt of the year.

Arctic Monkeys
'You Probably Couldn't See For The Lights But You Were Staring Straight At Me'
1.49
Few bands can claim to sell records and earn fans in the press, the Monkeys were that band of 2006. Their debut is filled with handfuls of moments like these - vital, life-affirming touches - but as far as I can see, the stand-out point of intense, manifested glee is right here. The drum fill is so tight, it feels like it's about to break and the resulting instrumental explosion tails the initial energetic explosion of this LP perfectly.

Guillemots
'Made-up Lovesong #43'
1.09
If there's been one mid-song point I've reversed and repeated ad nauseam this year, it has to be the magical point where Fyfe Dangerfield's drifty synths and vocals leap from gentle ebb and flow to the heady heights of a musical Mount Everest. Despite the song being arranged in such a way so that is eschews standardised pop ideas and scales itself to headier levels, 'Made-up Lovesong' is the melodic triumph of 2006.

Klaxons
'Atlantis to Interzone'
0.16
New rave, eh? I keep reading about it in magazines left behind on the tube late at night. Apparently it's all kids in neon carrying glowsticks and making siren noises. Well, quite frankly, fuck all that. This is Klaxons. Beyond any synthetic genesis of scenes and cynical pigeonholing, they are a pop band of the bleakly-danceable persuasion. A band so fucking rhythmic, it's impossible to keep still. This is the moment where it all makes sense, where the next two minutes of your undivided attention are sealed. I don't give a shit what you want to call it, I'll always just use the term 'brilliant'.

The Knife
'We Share Our Mother's Health'
0.19
It's the synthesised representation of sucking, slowly opening a door to a beat that's phatter than your mother, but without the calories. It's impossible to imagine outwardly pop-doused electronic music sounding better than this. Squeaky synths knife their way through bursting crisp packet beats and are all fed through an 'effortlessly cool' filter. It's at this point in the Silent Shout LP where you realise the cold exterior of The Knife is worth it, for when the creamy interiors like this make themselves known, the comfort is indescribable.