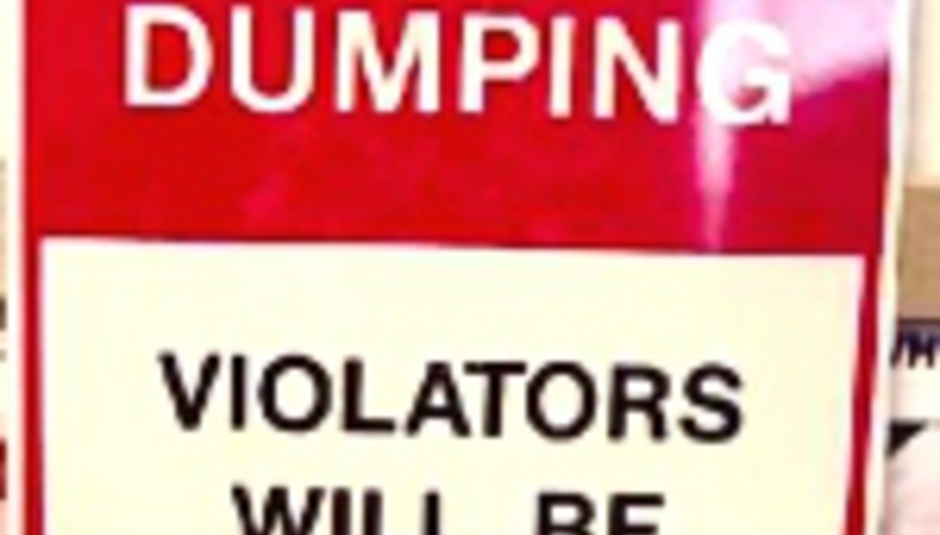 It’s January; must be time for the music media to spend a couple of weeks trying to set the tone for the year by picking three-to-five bands they can be oh-so-right about predicting the success of.

By success, what they really mean is a label will spunk a ridiculous amount of marketing cash on said band. A lot of boxes can be ticked. Then they can give bands undue and completely disproportionate praise, and in some worse cases support in the form of mainstream airplay - especially if in the quiestest single sales week of the year the band manage to sell 1000 copies and get in the top 20! Because chart positions REALLY MATTER, a lot more than whether the band are good or can play to 100,000 people in the space of a week on tour, yet recieve little to no media attention as what they do isn't bland and hasn't been bought by 12 year old smash hits readers.

The repercussions of this 'success', and it enables bands to have the 'high' profile to get onto festival bills and play to even more people, despite being utterly rubbish. And this success perpetuates and spirals out of control. People pat themselves on the back so hard for getting this kinda shit right that little to no thought is left for other bands.

In reality, many of these lists in lesser publications have more to do with coke-room glamour akin to spotting Kate Moss at some trendy bar, than anything to do with the music and creavitity itself. It’s sick and wrong and it happens every year. Thankfully, the british public are stoopid, so every year a slew of bands ranging from terrible to mediocre reap the rewards of this code of conduct, whilst the media can safely ignore hundreds of other artistes they’ve not invested their plaudits and dodgy reputation within. Once you're in the i-only-buy-five-records-a-year and what-music-do-you-like-OH-ANYTHING club, you've got a good strong three months before the threat of a backlash, when said media realise no-one likes the music, nor the sexist tossers in the band.

What this all sadly means is that great artistes who don't make these lists struggle to get airplay, press features, support slots and onto festival bills, just because of these lists. 20years from now, these artistes, through a movie soundtrack or a tragic death, suddenly get the given spotlight. Suddenly they're life-affirming geniuses.

In lieu of DiS being part of the problem and doing much the same list thing, and despite realising that content like this reaffirms certain organisation's importance, and being fully aware you have your own ears, we’ve gone ahead and let our resident ranter SEPTiC CLiT outta her piss-pant solitary confinement and let her loose on a pile of this years hyped bands/records. And so it goes:

Dear Beautiful Reader,
Some things just have to be said. There are some atrocities a-comin' and you better be prepared. Take heed of the following list of heathens who may very well be playing a town or festival near you over the course of the upcoming year. Do not, under any circumstances, be talked into going to see them by your friend who got the Razorlight album for christmas. He is not cool! And if you really have to buy into the hype, please wait until the band reach their peak some time after Glastonbury before trying to flog stuff on eBay (you'll make a lot more money than the band will recoup that way!).
Black lists at the ready...

5. ATHLETE
This year's Snow Patrol. Expect student sensationalism in Supernaturals/Purressence proportions. Their album of pure filler could just be the reason why a whole generation disregards all new music, ever. At least their mum-rock is keeping some poor a&r man in a job.

4. THE OTHERS
Oooooh I say, they play battery powered amps up trees! They shoulda called themselves The Monk-key’s or something cleverer like that. You’ve heard about the stunts, but have you heard anyone talk about their music being any good? No, didn’t think so.
What doesn’t make sense is why anyone would want to listen to a bunch of prissy rich kids moaning about how they’re part of the proletariat, and giving blow by blow cock-in-face descriptions of just how boring modern society is.

3. SECRET MACHINES
The broadsheets love them? T4 are bigging them up? Their new single, with its punk-pop meets BRMC-ness has crawled in everwhere, yet their Jesus & Mary Chain/Mercury Rev raping is so sparse you barely notice the record's on. They’ve been given and taken up far too much time already.

2. TOWERS OF LONDON
Quite literally the fucking worst band in the history of the world, ever. Yet for some fucking ridiculous reason they’ve been given buzz status in London and some cunt-truck in some deep pit of inhumanity has given them a deal. ToL are old men who were probably in a band that sounded like the Verve until ‘Permission to Land’. They will be making 'music' for people who think ‘Punk’ is about playing badly, spitting and fascism.
Thankfully the real Motley Crue return this year, so any cred’ they’re given will be as short-lived as their attention spans.

1. THE BRAVERY
Warning: This band are not a joke.
There’s nothing worse than a bunch of ageing greasers getting all camped up and covering Duran Duran. Well, there is something worse, and that’s calling the covers your own songs, having a shite dead-pan vocal and playing your songs with all the soul of a burnt Starbucks coffee grain. They desperately want you to love them and they don’t care if that means trying so hard that their 2-legged dogs lose respect for them.
If you thought Jet ripping off 'Lust for Life' was insulting, just wait until you have the misfortune to catch this year's Kings of Leon.
If you tolerate this, a plague of fake tan wearing faux-boy-bands will be next.

P.S. an urgent memo to all those of you reading in America, here's a pair of bands who’ve had some ‘success’ here and are on their way to get into major label debt in a dustball near you…

KASABIAN
On first impressions they’re doing for Madchester what Ali G and Goldie Lookin’ Chains have done for suburban hip hop culture and ‘chav’. But for all the Bez dancing and Primal Scream by numbers digital noises, they end us being as ironic as Alanis Morrisette, as fun as herpes and as imaginative as a lazy STD comparison.
Please note: The correct pronunciation is KASA-BYE-ANNE.

THE THRILLS
They write songs with about three lyrics which loop and loop until they've spiralled into your brain. They write songs soley to get girls on their boyfriends shoulders. And they're Irishmen with bad beards. Run, save yourselves!

DiScuss: This list is far from complete. Please insert your venting below. What can we do to drive the media away from this ridiculous chart-led form of ego-masturbation and allow music to become popular for music's sake? At the very least enough so that the doors to a slightly bigger audience are left ajar.