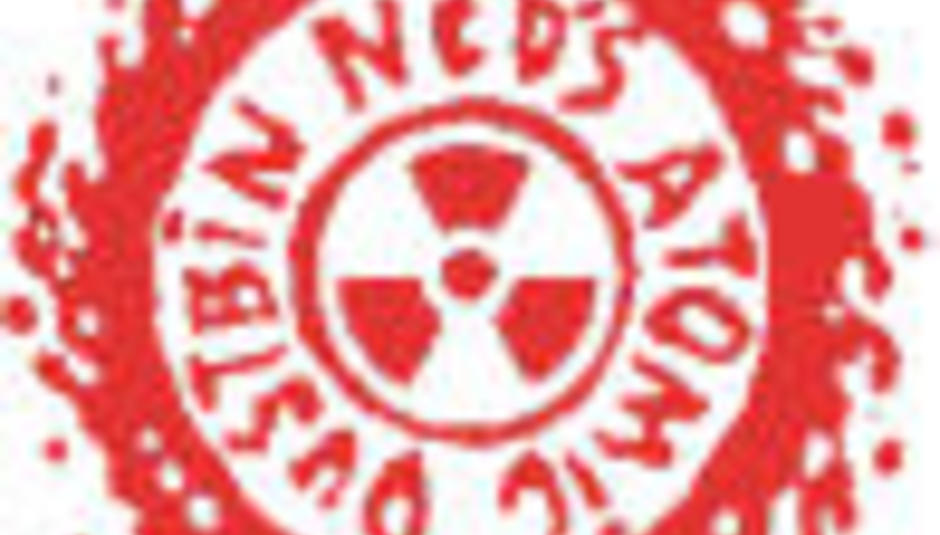 by Christopher Lloyd December 26th, 2004
It’s easy to forget that during the early '90s, Ned’s Atomic Dustbin were HUGE. They continuously sold out tours, had singles crashing into the charts (when the charts meant something) on a frequent basis, and played on live TV with one very drunk Oliver Reed. The band split in 1996 but this year they reformed for a handful of Xmas gigs, with the London gigs selling-out in record time. I caught up with singer Jonn Penney to throw him some quick questions.

Why now to re-stage the Ned’s Christmas gigs?

Why not? We want all our shows to be an event and of all the past Ned’s events the Xmas shows at the Civic were right up there amongst our favourites. It’s soon to be 10 years since the original Ned’s line-up split and ironically it seems that now is the time when we are getting name-dropped by a host of big names (Blink 182 for one!) – all of a sudden it’s ok to admit you like Ned’s Atomic Dustbin!

Did you expect the tickets to sell out so quickly?

We’re always pleasantly surprised when we’re in demand – it’s a big bonus when you are wanted. We decided a long time ago that all our activities should be prompted by demand – we never want to be begging people to come and see us play; always nicer for folk volunteer their interest!

What happened to previous guitarist/bassist rat and matt?

When we first got asked to do a reunion Matt and Rat were not committed to the idea – you have to respect it when people have decided to move on. There’s no bad blood between us.

What was your personal highpoint in Ned’s?

It’s hard to pick one highpoint above all others. Glastonbury in ’92 was pretty spectacular for one: I couldn’t see where the crowd finished. 100,000 people bouncing up and down and singing your words back at you is an extremely humbling experience!

Will you be releasing any new material?

Rehearsals have produced some bi-products this time around! In the past we haven’t had time to allow our jams to turn into new material – this time we have and we’re really pleased with the results. We won’t be playing a whole heap of new songs at the gigs but we might drop a couple in and see what people make of them. As for releasing new music… well you never know.

Why do you think yourselves, the Wonderstuff, and Pop Will Eat Itself have all reformed at pretty much the same time?

I think there’s something in the water!

What do you make of the current music scene

There’s a void where there used to be a host of great live guitar bands – in the '90s it was possible for bands to cut their teeth on the live circuit; to go and win over their own audience. That was because it was a cool thing to go to a venue every week to see new music live – to be there the first time a new band came through your town. That live circuit is virtually non-existent these days. I’m hoping people will eventually come around to realising that it’s worth getting your feet stuck to that grotty carpet in your local live den to see a new band on their way up.

Would you change anything?

Change one thing and everything else would have been different – haven’t you seen The Butterfly Effect?

“Ned’s? They were that band that sounded like nobody else; they were unique!”