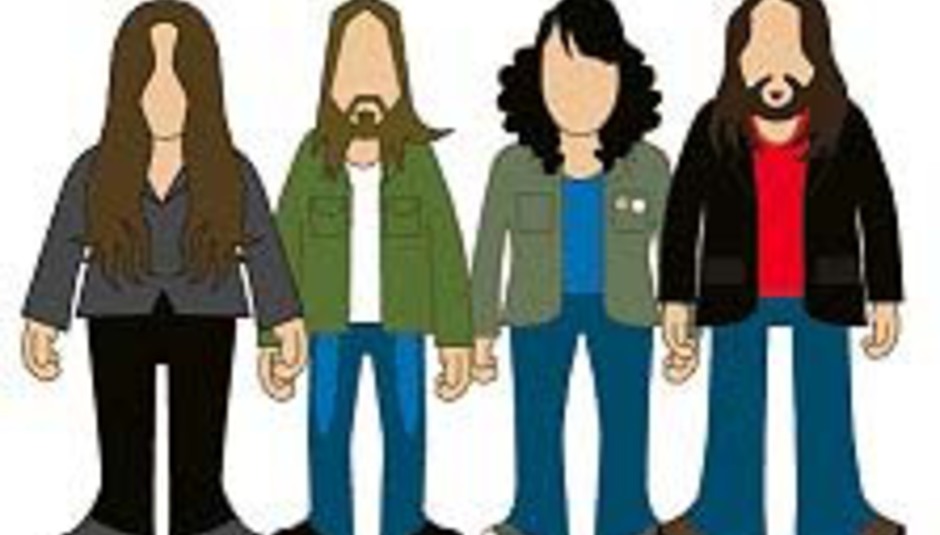 by Ross Bennett December 14th, 2004
Over the last three weeks we have witnessed something undeniably extraordinary. A weekly dose of unparalleled passion, spine-tingling joy and heart-warming pleasure, and each time this occurs before The Magic Numbers take the stage. Across the band’s three-night residency their music turns hard-line fanatics to pure evangelists, and unaware spectators to devoted followers. The Magic Numbers make this happen at Every. Single. Gig. Romeo, Michelle, Angela and Sean create the sort of sound that pregnant mothers should play to their unborn kids everyday – an emollient sound of such soothing proportions, that the only place more reassuringly embracing than a Magic Numbers show is probably the womb itself.

Each Borderline gig has its particular highlights - although the task of picking a diamond from a pile of flawless diamonds is tricky one for any critic. When the angelic-voiced Angela begins to sing her part in 'I See You, I See Me', the build up to the stirring chorus of the whirlwind that is 'She Don’t Love Me Like You' and the Motown genius of ‘Love Is A Game’ all send shivers to the spine and tears to the eye. And without getting too Scouse and mystical on you dear reader, a smile to your neighbour...man. The levels of empathy drummed up between band and audience (literally within the first few chord changes) are so intense and uninhibited, that calling these gigs intimate is an understatement beyond comprehension. The thing is, it’s not just the smiles that never leave the band’s faces and it’s not just the fact that they look like a band. The key to their appeal lies within the songs. Tunes that contain such quality and dynamic, and are delivered with such flawless musicianship (Romeo’s ringing guitar, Michelle’s watertight bass rhythms) that from beginning to end their sets are just perfect – even during the second gig when a string of heavy colds within the band’s camp, forces the omission of encore favourite and harmony masterpiece 'Wheels On Fire', the brothers and sisters still manage to rouse enough emotion to make the man standing next to me wish he hadn’t left that packet of tissues in the car.

We can of course, hear such sacred cows as Gram Parsons, Crosby, Stills And Nash, Leonard Cohen and The Lovin Spoonful all sitting comfortably within The Magic Numbers sound, yet as the last notes ring out on the final night of their residency, you realise that Romeo's voice is very much his own, the harmonies can only belong to them, and the songs are beginning to cause the sort of excitement and devotion that can only be mustered by producing the best, best, best music. 2005 is already theirs.