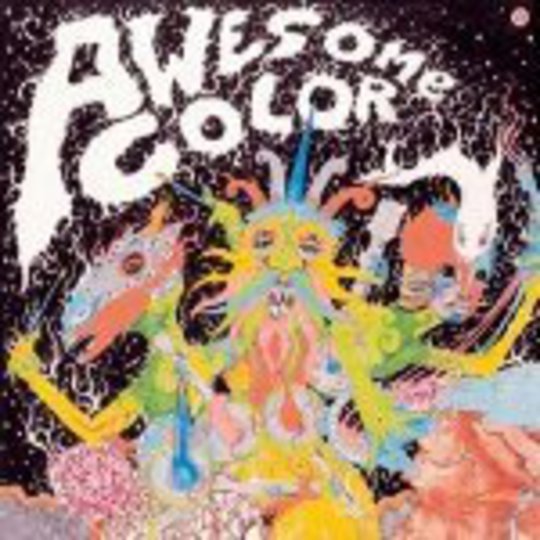 Never, for even one second in my life, have I ever wanted to be a drummer. It’s not that I don’t like drums or appreciate the work of staggering geniuses like Hella’s Zach Hill. It’s just that I’m afraid of becoming a drummer - the bored pacemaker of a tired rock group - defenceless against the churning monotony of common patterns in common time. At their best, drums can be the carnal blast to the ears that absolutely strangles your attention. At their worst, they fade to the back of a song, lazily propping the garnishing on top.

This is why I feel a little sorry for Allison Busch, the drummer for garage-revivalists Awesome Color. Allison’s drumming is competent, peppy, but utterly reduced to the role observational time keeping throughout Awesome Color’s self-titled debut: a meat and potatoes re-tread of The Stooges take on garage rock. Indeed, there’s very little in this album that inspires. Over the course of eight pieces the band treat the listener to a selection of colour-by-numbers jams that sound like they could have been outtakes from Iggy and Co. themselves.

Lead singer and guitarist Derek Stanton howls over crunchy, persistent riffs that hardly ever surprise. The lyrics to song titles such as 'Free Man' and 'Ridin’' are equally as simple, if clichéd; “Take what you want / take what you need / I’m just a free man”. The only time the band ever breaks this cycle is when Stanton steps back from the mic to show-off his rather impressive solo skills. It’s at these times when Awesome Color are at their best – for brief moments musicianship flashes its welcomed face to stir up the stagnant brew, and adds an element of je ne sais quois to the proceedings. ‘Hat Energy’ is an a particular highlight – a boisterous saxophone rollicks over a simple, catchy riff that eventually devolves into a climactic freak-out that captures the energetic spirit that so often eludes the band on this album.

In the end Awesome Color’s debut fails to separate the young three-piece from the pack of imitators. Though, more positively, the few bright spots in the album gleam the possibility that a more mature, comfortable band can evolve from this humble starting point.