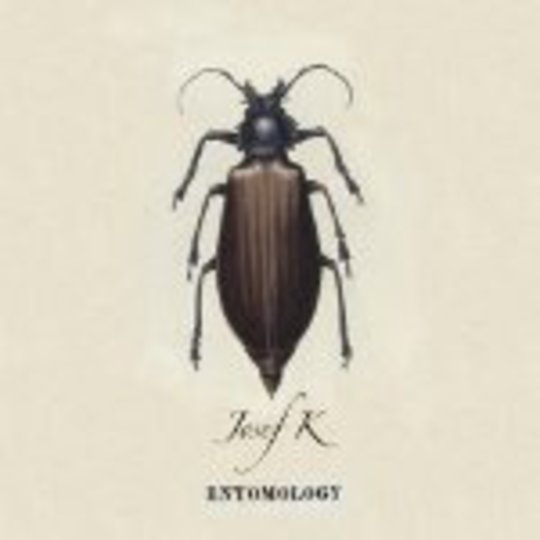 The verdict’s still out on the long-term relevance of many of the bands associated with the recent post-punk revival, though one thing has to be said in its favour: it’s given younger listeners exposure - thanks to re-issues, reunions and media attention - to the essential works of original post-punk acts.

Domino’s_ Entomology_, a compilation of the works of Josef K, one of the standouts of the so called early ‘80s ‘Scottish Sound,’ is another lesson in post-punk history. Forming in Edinburgh in the late ‘70s, Josef K spent their short years together crafting a distinctive left-of-centre take on the hip melodies making waves in the wake of the punk explosion.

Entomology _begins with ‘Radio Drill Time’_ and ‘It’s Kind of Funny’, Josef K’s early singles. Pledging allegiance to the darker atmospherics perfected by Joy Division, the two songs feature the skittering drums, tinny guitars and downtrodden vocals favoured by art school students on rainy days. Yet, it’s the inclusion of tracks from the band’s aborted debut album,_ Sorry for Laughing, and their official debut, The Only Fun in Town_, that form the meaty backbone to this collection.

Sorry for Laughing, originally intended to be their debut LP, was canned by Postcard, their label, after deciding the cleaner production values and focus on the rhythm section failed to capture the group’s promise. Is_ Sorry For Laughing_ rhythmic? Yes. Too slick? No. Which, in retrospect, makes Postcard’s actions seem a little strange. The songs included here have none of the glossy sheen displayed in the likes of, say, Maximo Park. ‘Drone’, for example, showcases the kind of stripped-down raw intensity and jagged guitars yet to be bettered by the new art punks.

But it’s_ The Only Fun in Town, featuring re-workings of tracks from Sorry for Laughing _and recorded in less than a week, that solidifies the ingenuity and long term relevance of Josef K. Combining explosive guitars, pounding drumming and a skewered spin on arty pop, the tacks selected here are, while not perhaps commercially viable, certainly inspirational to the receptive listener.

Shortly after releasing a fairly well-received LP and having played a number of successful gigs, Josef K decided enough was enough and disbanded. Was that, in the long run, a wise move? Who knows and who cares. The only thing that matters is that over twenty years later their music continues to connect; and honestly, what else do you need?