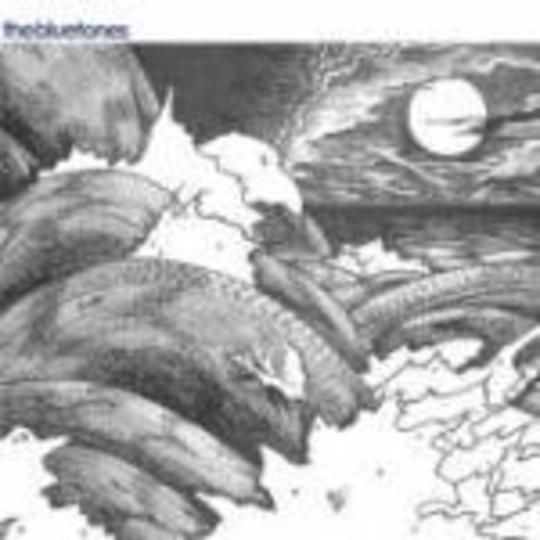 Here it goes, then. The idea of guilty pleasures should be redundant in pop, as it’s the art form that should defy credibility and let its power over the conscience be grabbed by whoever and whatever makes the sort of music that has such an ability. But even I’ve bitten my lip when mention of this lot has cropped up. Every time somebody arches an eyebrow and says in refined faux-snobbery,_ “Oh, well they never made anything as good as ‘Bluetonic’,”_ I feel like tearing their spleen out through their ears and scratching Kula Shaker lyrics into it with a rusty compass. But do I mention it? Of course not.

Because despite their actually-pretty-good track record (listen to the invention and refined sensibility on Science & Nature, seriously) The Bluetones are seen by the eyes of the masses as a one-hit, eight-legged, tired post-Britpop damp cloth that were always too wimpy to be rock yet too serious about their craft to be simply fey indie types. You could probably blame snobbery for that, but by the sound of new album The Bluetones, it’s hard to now argue that they don’t sound like a band with nails desperately clinging onto the precipice above a jagged guitar-based oblivion. Where did it all go wrong?

Fair enough, it’s not like there’s nothing there anymore, no spark that made them rather feebly become a bit better than Menswe@r for a while.A track like ‘Head On A Spike’ may come across as an embarrassing attempt at rocking out like the kids on T4 do these days, but the taut energy and restless fizzle beneath the keyboards makes it endearing in its intentions of emitting something resembling charm. Similarly, undoubted highlight ‘My Neighbour’s House’ bursts out of the speakers with the same understanding of ballsy rock that still makes ‘Cigarettes And Alcohol’ or ‘Rock And Roll Star’ somehow bearable, especially with lines like “ten million angry mouthless tongues all lapping at the sky”. But for every triumph there are about four rather drab, shit-eating ditties that, despite being about how awkward relationships are or something, make The Coral’s more sunnily-dispositioned moments sound like Cradle Of Filth being burnt alive. This manifests itself most cringe-worthily in ‘Fade In/Fade Out’, an ode dedicated to the band’s buddy David Walliams for swimming the Channel. Sweet, yes, but with over-egged acoustic-strumming sentiment and a sickly-saccharine lyric (“Wave upon wave breaking into your face but it won’t drive you back”, indeed) that has your correspondent yearning for songs about slugs and men making love to their cars again.

Basically, in terms of everything except slickness, there’s nothing here to prove with any conviction that the words ‘that’ll do’ aren’t plastered all over this record. It seems like The Bluetones is content in being the album that The Bluetones should have made, rather than daring to be the album The Bluetones could have made. “Surrender my heart to you,” Mark sings in the opening track. He can afford to give it away, as it’s hardly completely involved here.