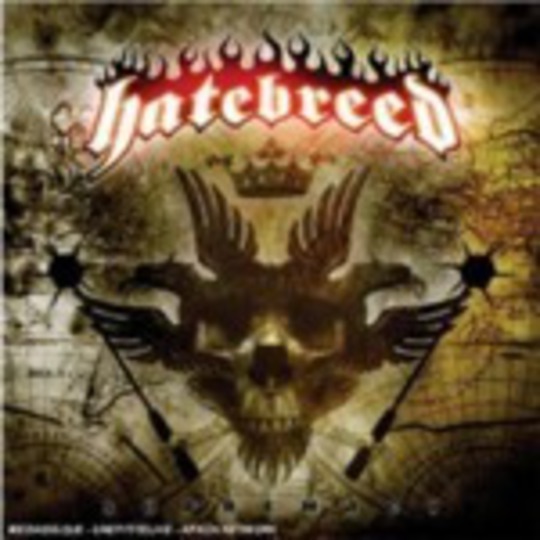 These Connecticut crunchers have long been blending massive hardcore attitude with even more massive metal riffs. Along with the fact they tour extensively, *Hatebreed *have amassed an impressive fanbase over their decade-long career.

Jamey Jasta, frontman of the Grammy-nominated bruisers, reckons that his band is the equivalent of your grotty local pub. He reckons that you’d be annoyed if they became the musical equivalent of a trendy wine bar. It’s fair, and true, enough: there isn’t a ridiculously overblown slampit-inducing metalcore breakdown to be found in Supremacy.

Their magnificent 2003 opus, The Rise Of Brutality, set the bar very high for both themselves and their peers. Following Jasta’s aforementioned philosophy, the band has tinkered only ever so slightly for this release.

The utterly devastating riffs are still right there, eating away at you with an overwhelming animosity, and have been enhanced by former Terror axeman, Frank Novinec. Jasta knows his limits as a vocalist and thankfully refuses to try singing at all. His screams are both appreciated and appropriate for all 36 minutes of this monstrous record.

One of those truly blood-curdling screams opens up the album with ‘Defeatist’, a masterclass in the incitement of violence with rapid-fire drums gunning down all in the path of this hardcore tyrant. ‘Destroy Everything’, however, causes some early concerns as it appears that the song has little else but a chorus.

Luckily, this is the only song on the album to follow such a worrying trend. The enormous, stomping _‘Immortal Enemies’ _showcases those gang choruses beautifully, while _‘Never Let It Die’ _has some thriving syncopations coursing through the song’s underbelly.

Hatebreed haven't quite matched their own exceptionally high standards, but whichever way you listen to _Supremacy _you will agree that this is a band that knows exactly how to be top of the hardcore tree. And they’re not coming down from there any time soon.