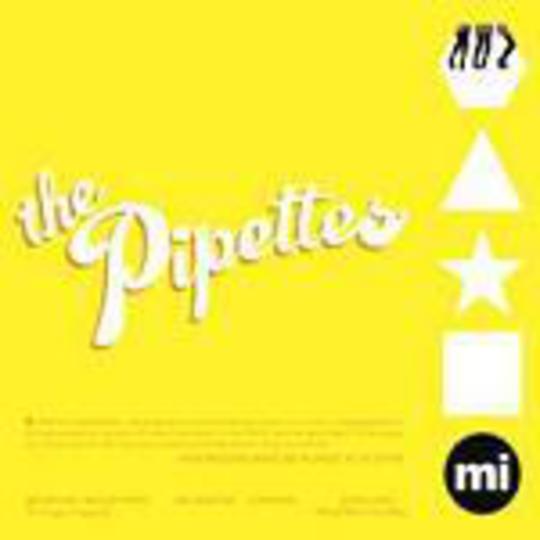 Right, let’s get a few things out of the way first, shall we? Yes, I realise that the sudden meteoric rise of The Pipettes owes a lot to the element of fad, almost gimmickry – the overwhelming prominence of polka dots in designer catalogues this season has probably more than a little to do with them, and very few bands with the fickle hands of fashion hovering over them can claim equal credibility by the time the next summer rolls around. Yes, I realise that this sort of pure, undiluted, wall-of-sound pop music was all the rage before Proper Credible Rock Musicians turned up, and that the ‘Pettes could merely be seen as mining a past style that has just simply been less plundered recently. And yes, I realise that a considerable number of their admirers have been drawn in by their siren-like qualities – sad as it is to admit, I doubt they would be getting the sort of media attention they are if they looked like two bulldogs chewing a wasp and Stuart Cable in drag.

But by crikey, ‘Pull Shapes’ is a tune.

“Dance with me, pretty boy, tonight…”, they lilt, and from then on there’s no resisting. Not that resisting from it is the sort of thing you’d want anyway, but past the dance-friendly drumbeat and the glaring sheen of string-laden disco production there’s something in their voices, that shiny hook they’ve hung their entire act upon, that takes you beyond pop music merely being something to dance to but to something (brace yourself, I’m going to say it) really, really very beautiful indeed. Not only do they have the syrupy harmonies going on, but they’ve also got the sentiment that’s balanced sublimely between joy and un-joy. They are here, after all, to dish up melancholy at 45rpm, and by vocalising thoughts of escapism on the dancefloor they do just that to spectacular effect. There’s the euphoria of escape, yes, but there’s the acute sadness in knowing that you’ve got something awful enough to be escaping from. Pop’s clever like that sometimes.

Okay, maybe I am analysing it a bit too much, and that this is just the sort of disposable sugary novelty that in a few months’ time will have the naysayers grinning their smug I-told-you-so grins as the initial, intense rush is wearing off. But I ask you this: if you were offered a crate of sherbet dips, a vat of butterscotch or a weekly strawberry milkshake enema right now, would you turn the opportunity down just in case you someday became fed up with it? ‘Pull Shapes’ is offering to push all our buttons, and I’m tightening the laces on my dancing shoes without hesitation.