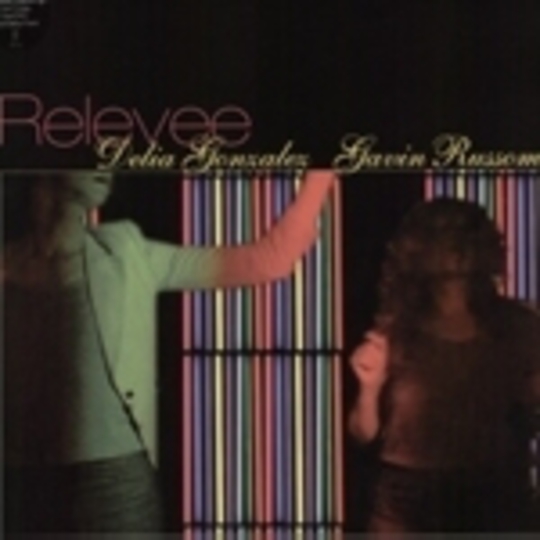 Last year’s _The Days Of Mars_ by **Delia Gonzalez & Gavin Russom** featured four intense journeys into the realms of hypnotic synths and drubbing bass and split critics evenly. Either questioning the New York duo’s authenticity or championing them as pioneers, there was a defined contrast. Even with DJs they seemed to be alienated; their tracks, either too long or “difficult”, weren’t finding their way into many record bags and their humble 2005 release seemed set to be a blip in DFA’s catalogue. It was with DFA’s initial mix of _'Rise'_ that this ambiguity seemed to vanish and DJs saw the potential in the 4 tracks. This EP of _'Relevee'_ mixes from **DFA** themselves, **Carl Craig** and **Baby Ford** is the product of that heightened interest.

Considering the expectations surrounding the remixes, the opening _'Alternate Version'_ is like going to see your favourite band and having to sit through a local band stumble through their first gig. A wholly messy affair, the version feels like it’s made with the intention to use every effect at its disposal: “Give me synths! TIMPANI! Farty bass? Why _not_.” Replacing the airiness of Delia & Gavin’s original is a mangled cut that employs a nagging repetitive line that’s very present and very unwelcome.

Track 2, and the _'DFA Remix'_ is everything you’d expect from a DFA mix: a disco-infused funk number. Which begs the question, how did it get there from a 13 minute epic? Well, little of the original remains is how; vocals are introduced, the slightly muffled bottom is trashed and incomes a piano line…you’ve got to respect James Murphy’s single minded determination to make sure _everyone_ knows of his infatuation with disco. Overlong but unremittingly amusing, DFA have delivered another solid remix to their bulging collection.

A flip of the record and Side B brings us the reason most (read: all) will have bought this record. Making techno geeks all across the planet moist, possibly the most eagerly awaited remix ever laid down swaggers in like a track out to kill. Carl Craig, a man who makes his living out of synths that can have you in a trance for hours, has understood like no other on the EP what made the original so enthralling and what he can add to it; the original’s sluggish, brooding nature which after 8 minutes had this reviewer subdued is substituted by an intensity formed through Craig’s signature use of frenetic synth, drum kicks and unconventional demented string sections. The result is magnificent: you’ll be head-bobbing, foot-tapping and daydreaming – on numerous occasions your jaw may actually strike oil as you gawp at Craig’s audacity.

A beautifully sulky techno remix from the wonderful Baby Ford ends the record on a suitably menacing note. Ford spans minimal techno and elements of dub-step but will probably be the remix forgotten first, which is a shame.

In just half an hour this record presents many facets of the techno genre at a time when techno is thriving. It’s a brief excursion through disco, minimalism, dub, synths and, of course, the occasional use of the timpani. And who said remixes were pointless?