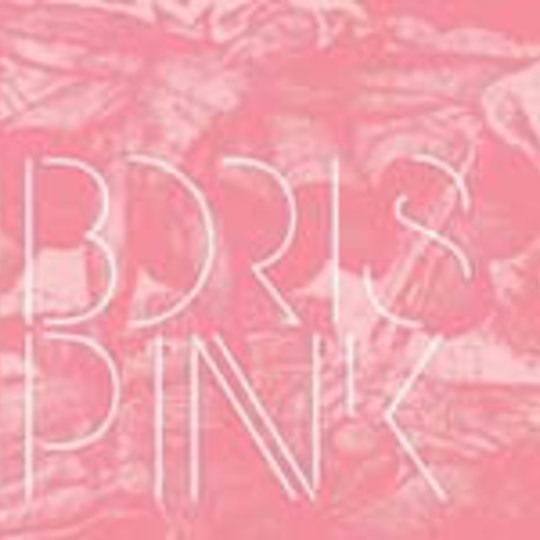 ** One:** down at least some of a large bottle of bourbon. You know, the size they have in pubs, where the label’s the wrong way around. It’s okay, don’t listen to your girlfriend’s insistence that such heavy drinking will have your liver packing up – once you’re done with the contents, your girlfriend can use the empty bottle as a candleholder. See, you both win: she saves herself a trip to Ikea, and you’re absolutely fucking waaassshhhteeed.

** Two:** grab yourself a copy of Boris’ Pink, almost certainly readily available from your local soulless music superstore. Bypass the two-for-whatever offers – nobody needs that many Jack Johnson records – and head to the sign saying ‘Metal’. Here you’ll find Pink; luckily, the powers that be have decided that the album should be packed in suitable colours, so you’ll have no problem finding it. Well, unless you downed too much bourbon, in which case you really should have skipped to step two prior to making friends with Uncle Jack. Never mind: fight the intoxication for a few minutes more. Pay in cash as your twitching digits are in no fit state for chip-and-pin nonsense. Take the receipt and lose it – you won’t be returning this record anytime soon.

** Three:** place compact disc inside portable CD player and step onto bus home. Wait seven-and-a-half minutes – this is the duration of the album’s opener, ‘Farewell’, a song that misleadingly sets the scene as one bordering on the tranquil, all latter-day Deftones swirls and crunches but little in the way of Rocking.

Ready? Watch the clock… three minutes to go… two… thirty seconds… at your stop yet? No? No worries: on this one occasion, your regional bus operator is unlikely to punish you for punching a whole through the decks and smearing your own spit and blood all over the inside of the windshield. Why not rip up a seat and toss it through the emergency exit? Heck, this is your moment, albeit one determined by the mighty Rock of Pink’s title track. Scream along as the riffs pummel your body to a pulp, as if you were sparring with a light-heavyweight. Flail what hair you have as if you were in an early incarnation of Metallica. Air-guitar ‘til your fingernails fall out and leap about the surely-stopped-by-now vehicle until your heart stops pumping blood, switching its priorities to the booze so rich in your veins, propelling liquor into the innermost depths of the brain. Miscalculate the step from bus to kerb when an irate passenger suggests, physically, that the next stop is yours, and fall face-first into the gutter. Lie there as the bus drives away, over the hill, past your house; lie there ‘til Pink reaches its epic conclusion, the 18-minute progin’rockin’slayin’ ‘Just Abandoned Myself’, convulsing where the Japanese trio recommend, flicking fractured-finger Vs to passing hatchbacks whenever the mood suits.

Crawl home on your tongue, dragging your broken legs behind you. Vomit blood and God-knows-what-that-is-but-you-don’t-recall-drinking-Guinness into your toilet and wait for girlfriend to put you to bed. Dream about elephant-sized amplifiers and double-necked guitars, spacemen in cowboy boots and acid-trippin’ hippies burning KKK dwarves on a pyre of the rock bands that just don’t matter anymore.

Congratulations. You have been Rocking, the Boris way. This booklet’s sister publication, Three steps to a Comedown, the Boris way, will be published when we’ve figured out the steps ourselves. Goodnight, and good luck.